Is my iPad compatible with iPadOS 16? 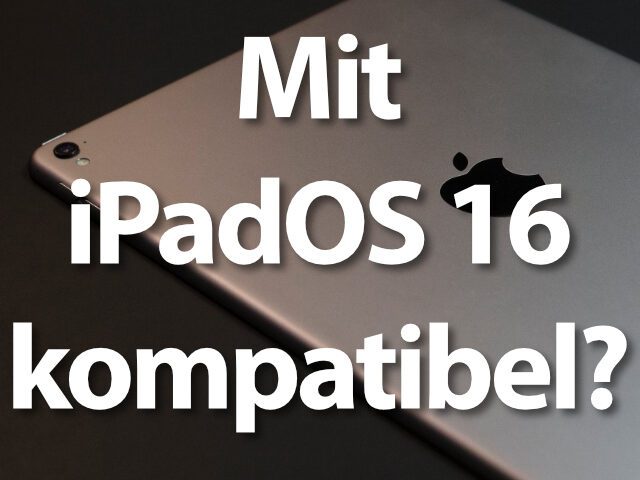 Yesterday set the mood for Apple's WWDC22, which is taking place this week an introductory keynote instead of. Traditionally, this brought some impressions and information about new operating systems. In addition to macOS, iOS, watchOS and other topics, iPadOS was also included. The version coming out this fall is called iPadOS 16. If you already have an Apple tablet and aren't planning to buy a new one, you might be wondering: Is my iPad compatible with iPadOS 16? Well, this article will give you the answer. Here is the list of iPad models compatible with iPadOS 16.

These iPad models are compatible with iPadOS 16

The list of Apple iPad models compatible with iOS 16 is as long as those for iPadOS 15 last year. In addition to current generations with the M1 chip, there are also those with the A chips. In addition, the upcoming iPad models with M2 chip will be compatible with iPadOS 16. You can read here which iPad, iPad Air, iPad Mini and iPad Pro will receive the operating system upgrade: 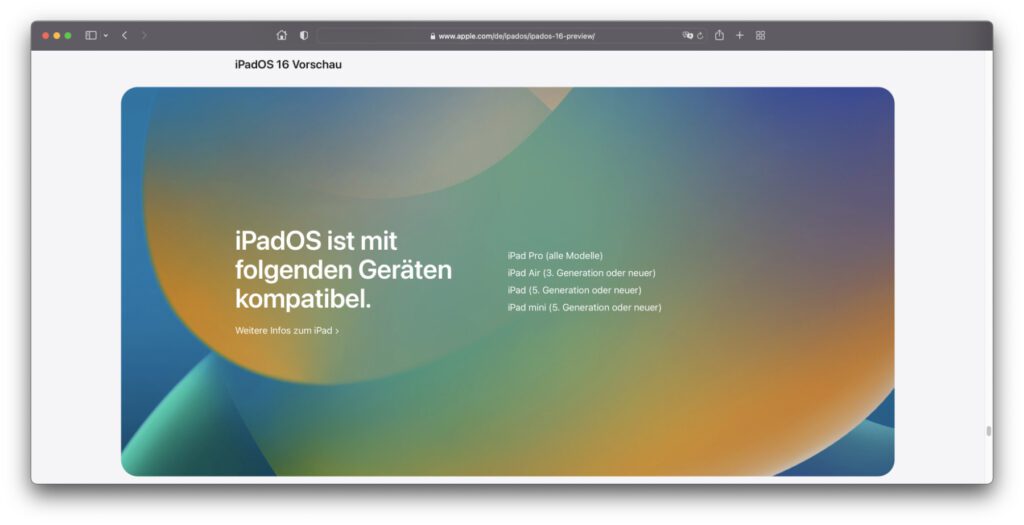 When to Install iPadOS 16 Upgrade on iPad?

As in previous years, the new operating system for Apple tablets will probably not be rolled out until autumn with the release of new iPad models. Depending on how Apple will plan its events, this could be in September, October or even November. The iPhone is usually given priority, so it may be that iOS 16 more distributed than its counterpart for the larger mobile devices. Until then, there will also be some more news and articles about Apple's tablet system. Because beta versions can be installed and tested in advance. The developer beta is already available - after all, the WWDC is running.

If you want more information - and especially an insight into the new iPad features - then take a look at mine Summary of the WWDC22 keynote of yesterday. There I have the kick-off event of the World Wide Developers Conference  Summarized 2022 and listed the new features and options of the upcoming operating systems for iPad, iPhone, Mac and Apple Watch. Included are Stage Manager, Safety Check, Quick Note for the iPhone, Continuity Camera for the Mac and many other new terms that describe interesting functions.

If you don't want to read the article linked above, but want to watch the event yourself, you can of course do so using the official YouTube video. In the following you will find this embedded so that you can inform yourself with moving images and the original statements of the Apple experts: