Is my Mac compatible with macOS Ventura? 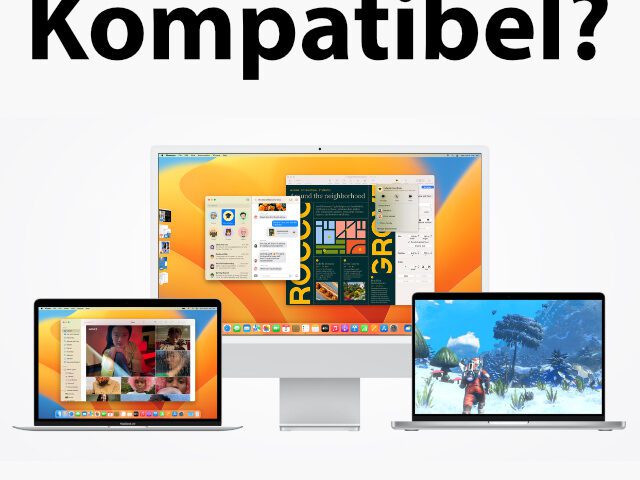 In addition to other new operating systems from Apple, macOS 22 Ventura was also presented at the WWDC13 kick-off keynote yesterday evening. The new system for Apple Mac, iMac, MacBook and Co. will be launched in autumn together with new computers. If you are not planning a new purchase, you may be faced with the following question: Jeez, is my Mac compatible with macOS 13 Ventura? You can read in this article whether you can use the new system and its revised features. Stay tuned for more information on the new features as well as other announcements from yesterday's event in my WWDC22 keynote summary.

Is my Apple Mac compatible with macOS Ventura? Here you can find the list of Mac, iMac, MacBook and other Apple computers that can be used with macOS 13.

These Mac models are compatible with macOS Ventura

Here you get the answer to the question of which Apple computers are compatible with the upgrade to macOS 13. You can find out how the list has developed over the years with the following links: macOS 11 Compatibilities and macOS 12 Compatibilities. But here is the list for macOS 13 Ventura: 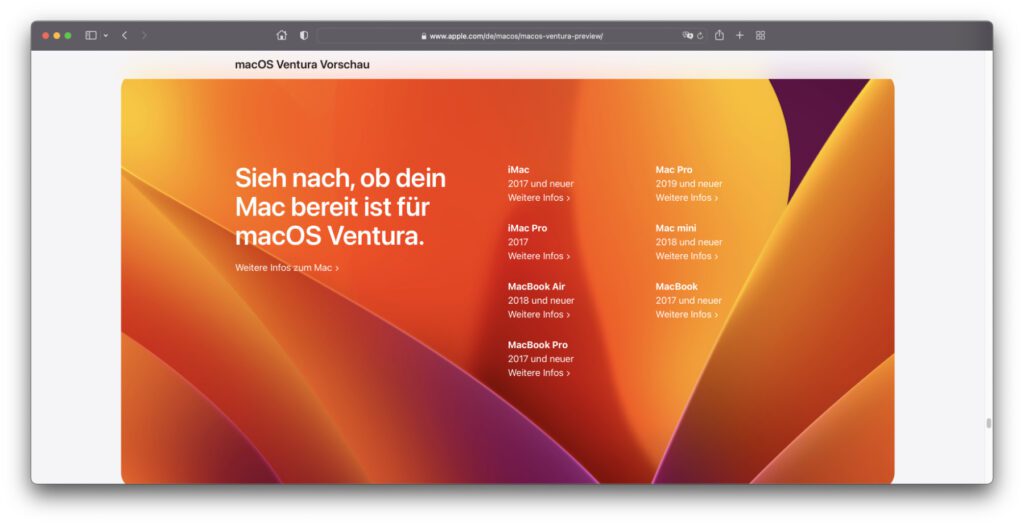 When can I install the macOS 13 upgrade?

It is highly probable that the new operating system will be rolled out for compatible Apple computers when the devices that come onto the market natively with it are also available. In autumn it will be so far with new Mac, iMac and / or MacBook models. It is not yet clear whether these devices will be presented in September, October or November. If you don't want to wait that long, you can book one in advance Beta version try out. The developer beta is currently available for developers - after all, WWDC22 is running now.

Even more information about the Keynote, iOS, iPadOS and Co.

So now you know which Mac models the new macOS 13 Ventura will be compatible with. But do you already know which innovations and revised functions are coming to the computer? If not, take a look at mine Summary of the WWDC22 keynote. There you will also find information about the upcoming versions of iOS, iPadOS and watchOS. In addition, the M2 chip was presented. Would you prefer that Keynote to get the info first-hand, then simply play the following embedded video: