Movie4K.to and KinoX.to alternative for streaming films and series 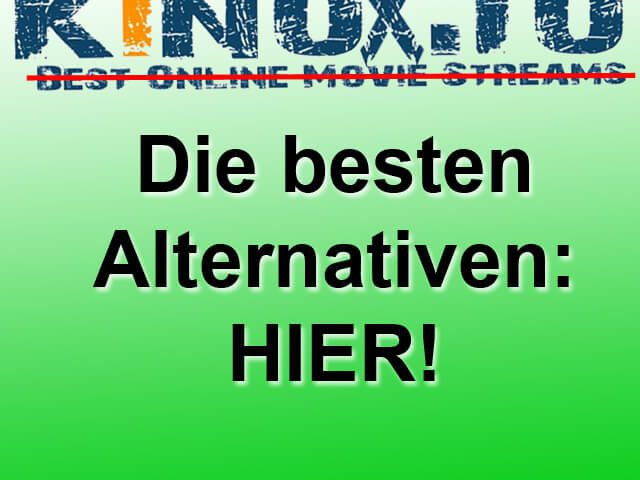 Über Movie4K or CinemaX Watching films and series via streaming is even more illegal than before since a ruling by the Court of Justice of the European Union on April 26, 2017. Users can no longer easily refer to §44a UrhG, since a service would have to look like a legitimate use (such as YouTube) - this is not the case with streaming sites, especially not if there are categories like current movies gives. What thrifty film fans can use as an alternative to KinoX.to will be shown here.

Watching films and series on the Internet - if you fear a warning, it can be done illegally and free of charge. Rather use a legal KinoX.to alternative that has further advantages. Examples of alternative or legally operating stream providers can be found here!

Legal streaming is very easy and can even be free of charge. If you watch a lot of films and series and have roughly 10 euros left over a month, you can even use long-term legal streams. What has always been strictly forbidden with Movie2K, Movie4K, KinoX and other illegal platforms, is the case with legal offers such as Netflix and Amazon Prime Video allowed: the download of content for local playback! Another advantage that you can use without constantly having to worry about possible warnings or advertisements.

Worth reading: Everything about the judgment of the European Court of Justice from April 2017

If you're already downloading torrents, please do it correctly!

I certainly don't want to support illegal downloading or streaming of films - that's why I've presented cheap alternatives to it here. But if someone really doesn't want to be dissuaded from downloading torrents (I'm assuming that these are freely licensed under CCC), then I would strongly recommend a VPN like RUSVPN or ExpressVPN to use.

These services "tunnel" the request encrypted via one of their many servers around the world and in this way you can pretend to be in Morocco or Uzbekistan, for example. Log data is not recorded there and it is accordingly difficult to track the "bad guys".

Downloading torrents - regardless of whether it is illegal or legal - should always be done with an activated VPN service so that personal data remains protected (graphic: RUSVPN).

If you look at the Prices and offers Amazon Prime Video and Netflix compared to competitors like maxdome or Sky ticket on, then you can say that these two providers are currently the best. At least as far as the range of films and series is concerned. Of course, you won't find any films there that are currently showing in the cinema or that have just been removed from the cinema program. It should of course be logical that something like this is not legal.

Here is a short summary comparison of the KinoX.to alternatives:

Movies and series stream for free?

You can only get a really free and harmless stream of series and films with offers such as Prime Video, Netflix, Maxdome, Sky Ticket and Co. KinoX.to, Movie4K.to and so on are theoretically free - but a warning can easily cost you 1.000 to 2.000 euros. If you don't want to pay, you get a lawyer and everything goes to court, then it gets even more expensive. Let's assume a current case in which a woman from Munich was supposed to pay 915 euros. For this you can use Prime over the age of 18 (or additionally Book Music Unlimited) or the most expensive Netflix tariff for more than 6 years.

There are enough alternatives to illegal streaming, torrent downloads, stream cloud, file sharing and whatever you can't connect to KinoX.to, Movie4K.to, Popcorn Time and Co. If your Smart TV is connected to the Internet, instead of pixelated, illegal streams, you can also watch decent HD content with the appropriate apps for free - the same applies to PC, Mac, iPhone and iPad, Android smartphones and tablets, etc. A trial month is even free. So use legal KinoX.to alternatives and save four-digit warnings;)