Sometimes I come across apps that really inspire me. This is what happened a few days ago with the "kirakira +" app, which I discovered in the app store recommendations. The app is a camera software that incorporates live glitter effects into both videos and photos - and the artificial sparkle looks really good! 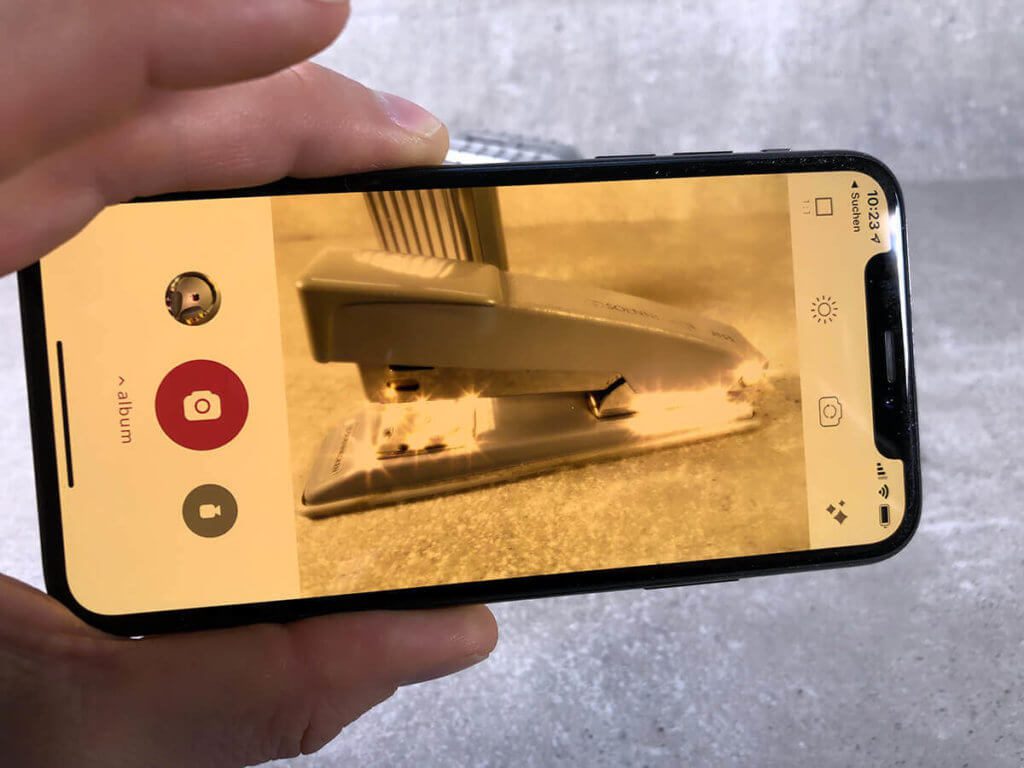 With the camera app "kirakira +" all things can be made to sparkle.

Little side story: In the latest version of kirakira there is a new filter that comes from Swarovski. So the professional radio operators have already discovered the potential of the app. ;-)

How does kirakira work?

As far as I understand it, the app looks for the points in the camera image that exceed a certain brightness level and applies glitter effects to the image there. You can use a controller on the right to determine how strong this effect should be. If you pull the slider down, the effects disappear, while the slider at the top is the most glittering fun.

The filters work particularly well on shiny surfaces, such as glass, metal or plastic with a piano lacquer look. Incidentally, it also works great for cats' eyes if you switch on the flash LED with the lightbulb button. 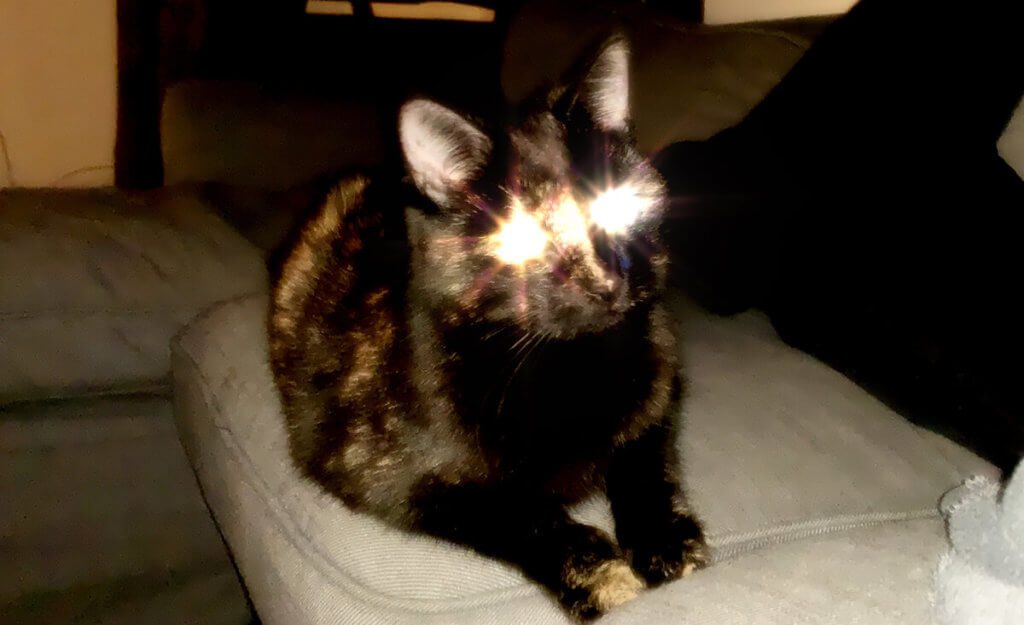 Kirakira app and cat - works great! No cat was tortured or injured or bribed with food for this photo. This is confirmed by our local small animal officer! (Photos: Sir Apfelot)

Different sparkle effects to choose from

A feature that I only found yesterday in the app is the large selection of different sparkling effects and color changes on the photo, which you can try out by swiping left and right. Some of them are more discreetly monochrome and others look like they came straight from an elf on drugs. So that you can get an idea of ​​the individual filters, I tried out all the effects here and included them my Zendure battery recorded as a motif. 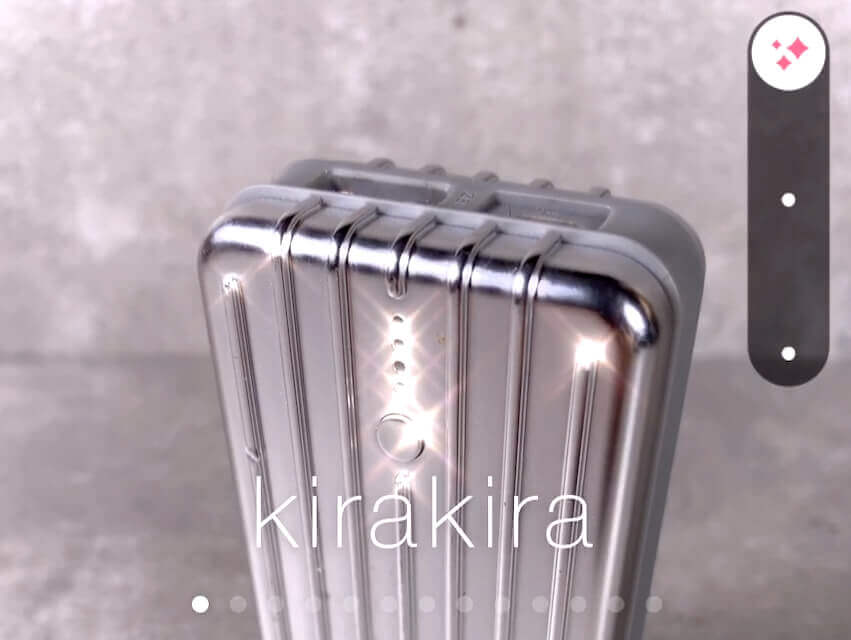 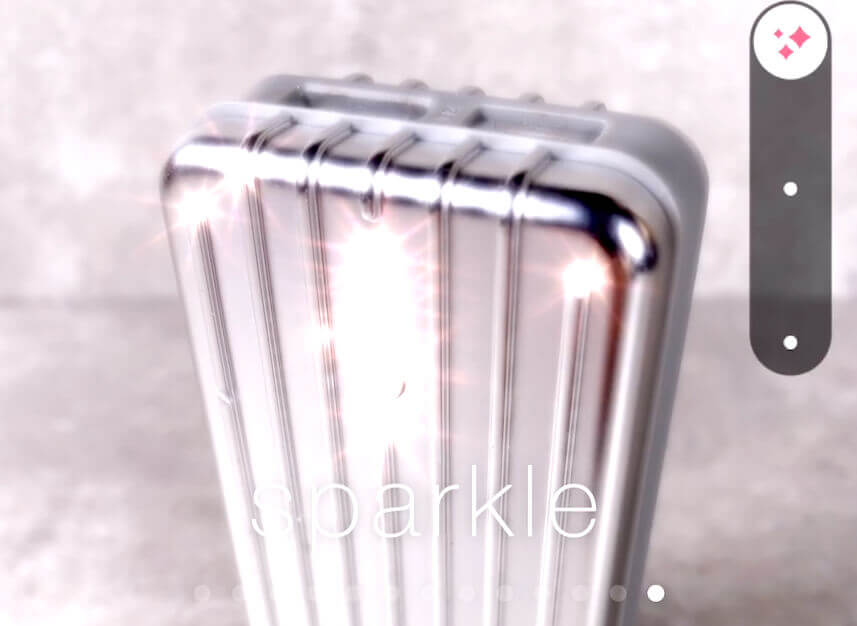 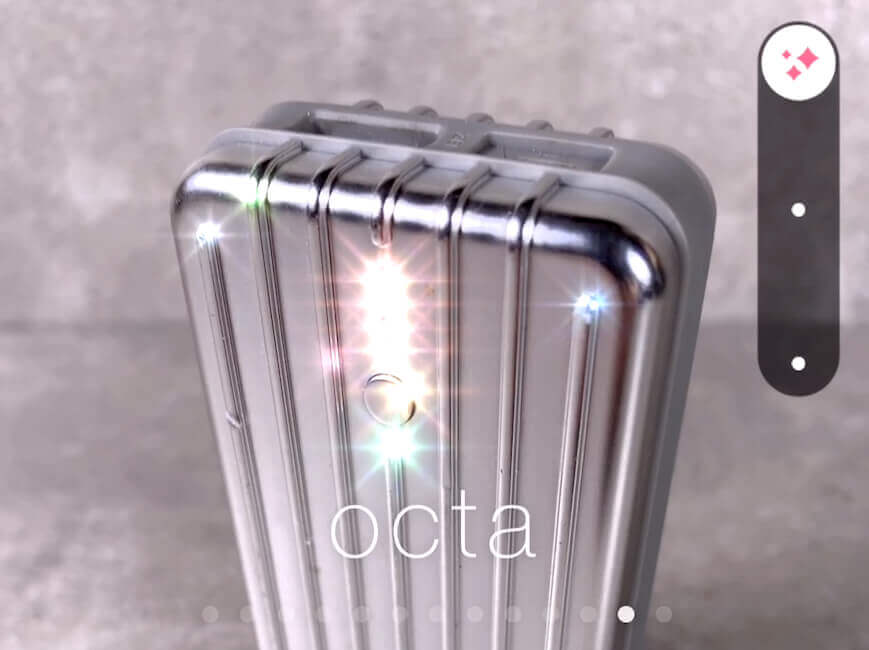 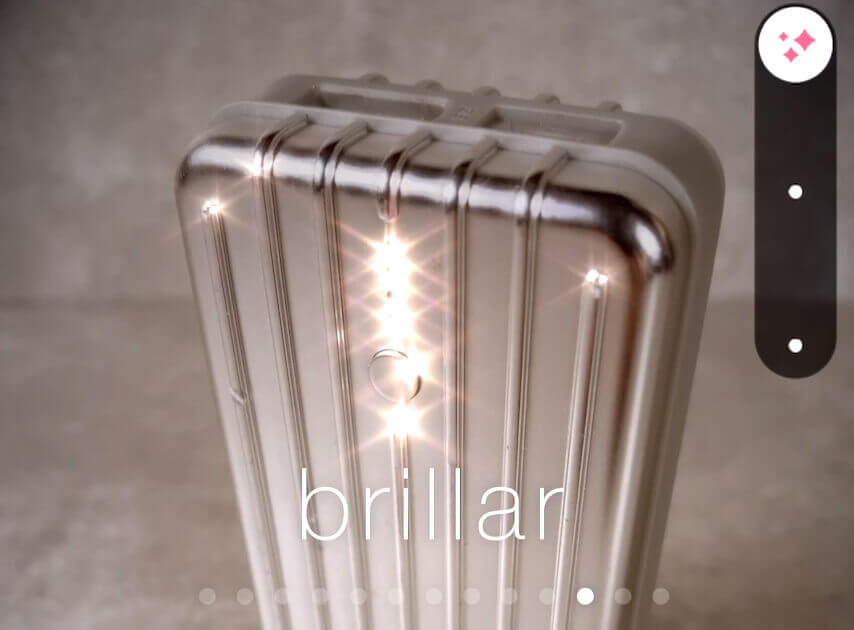 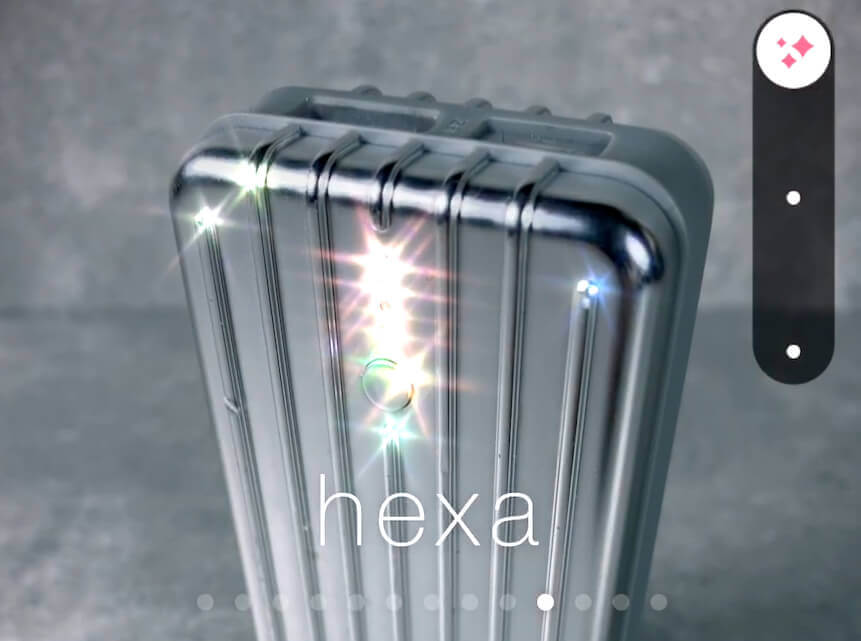 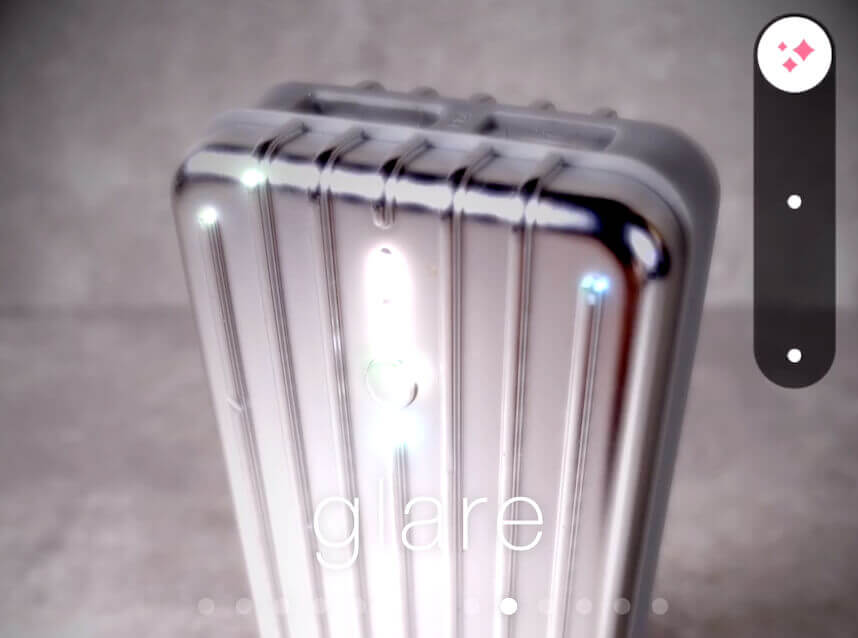 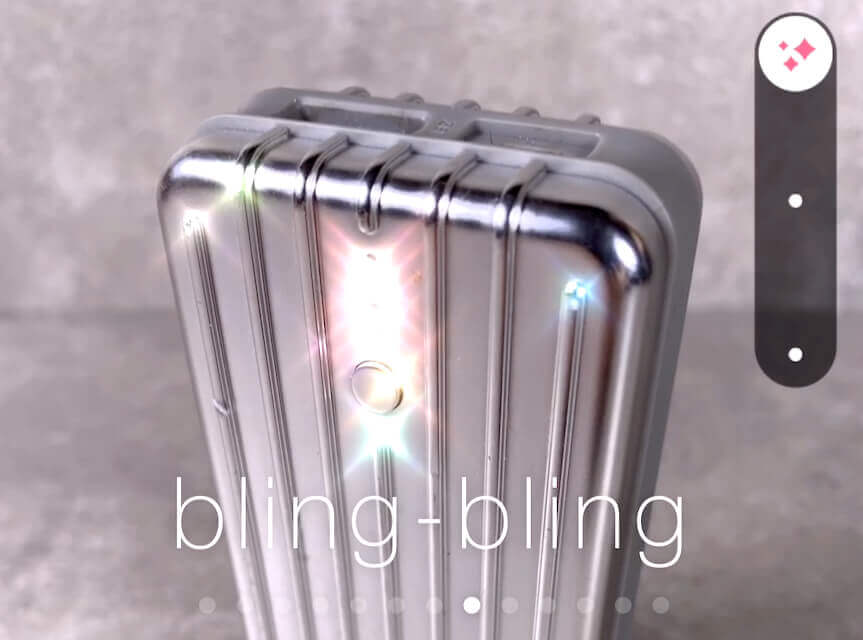 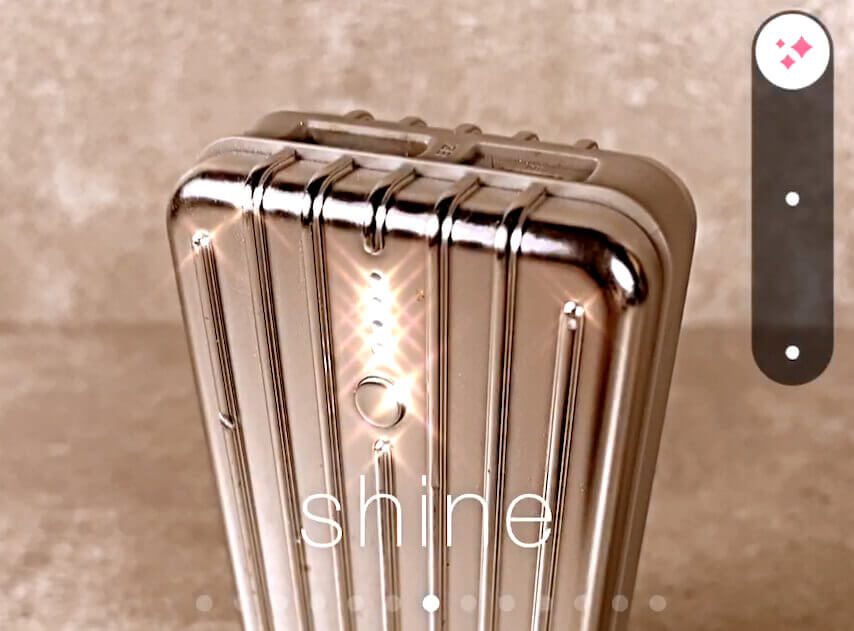 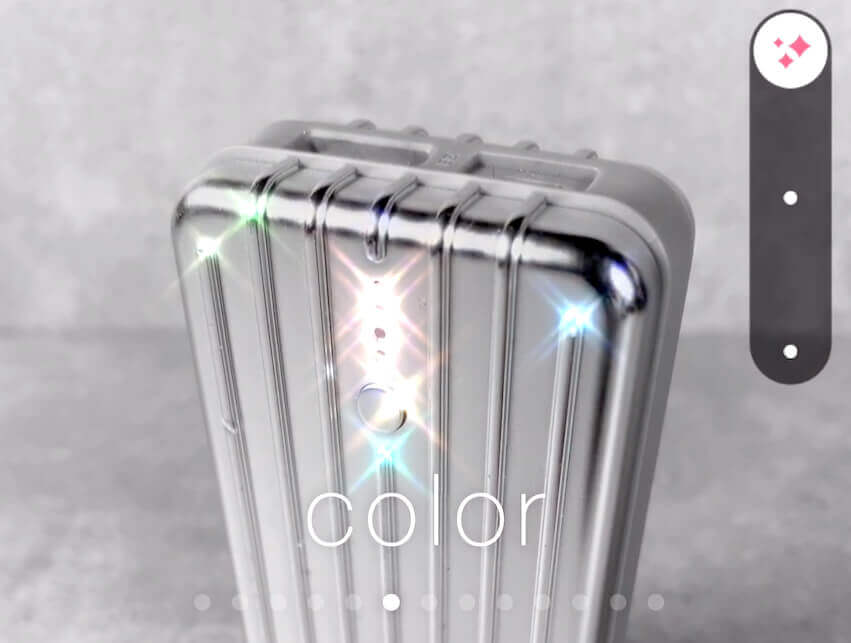 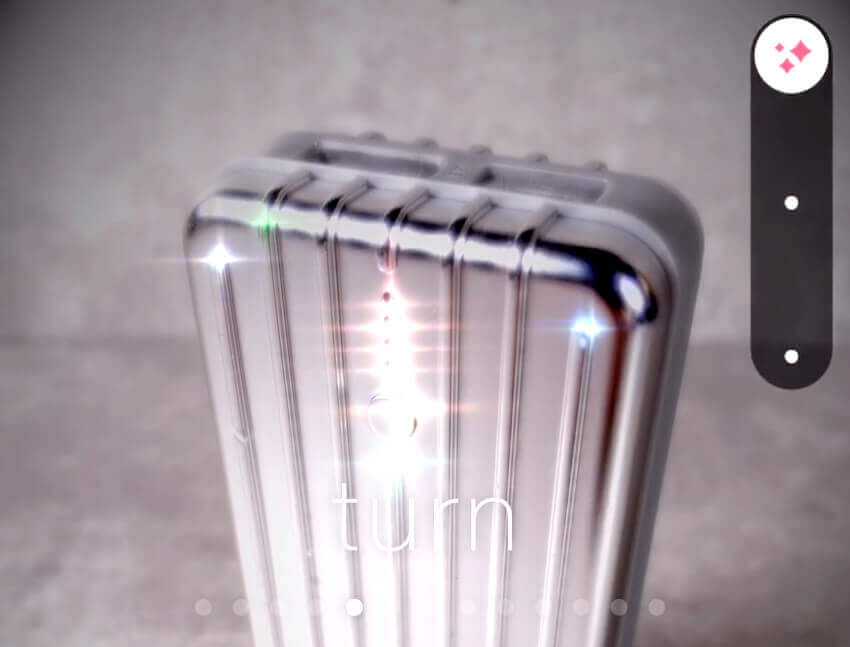 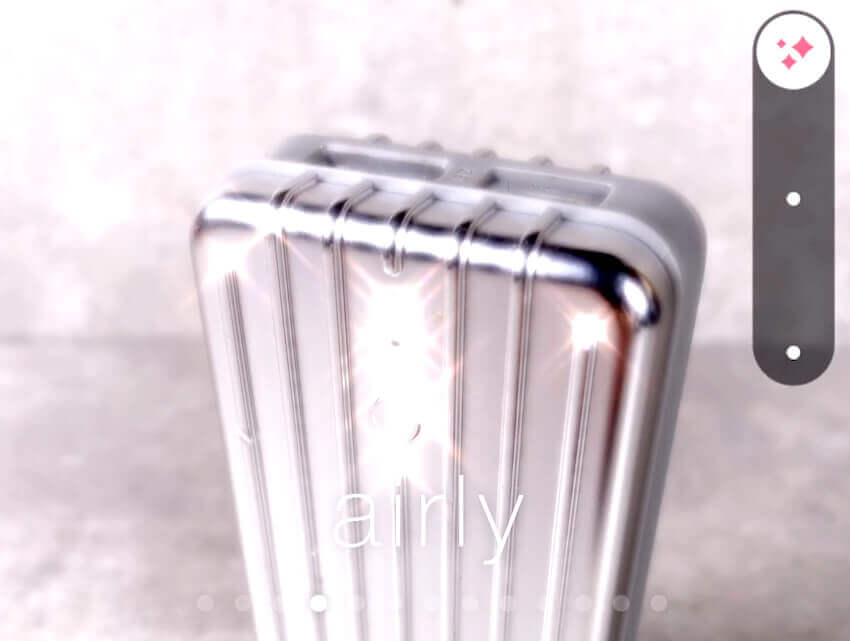 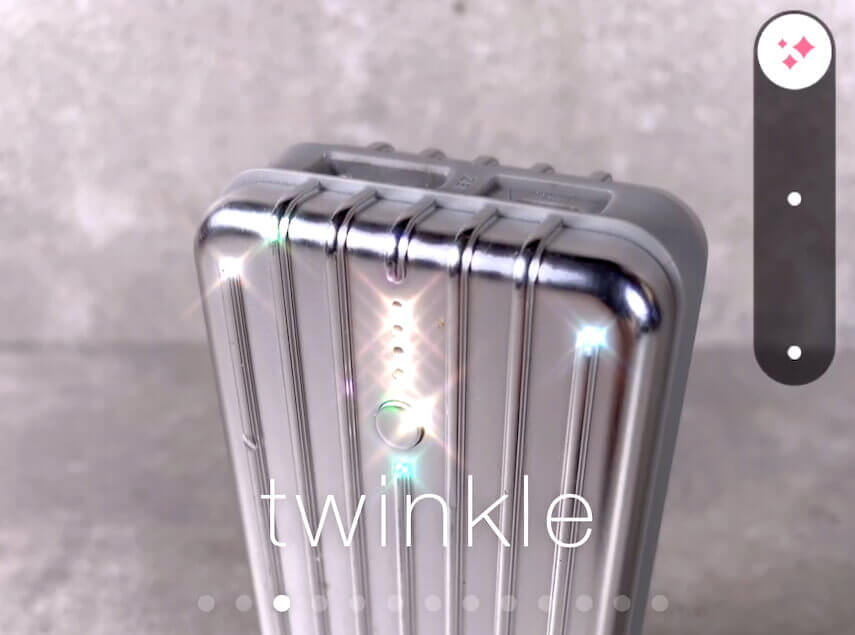 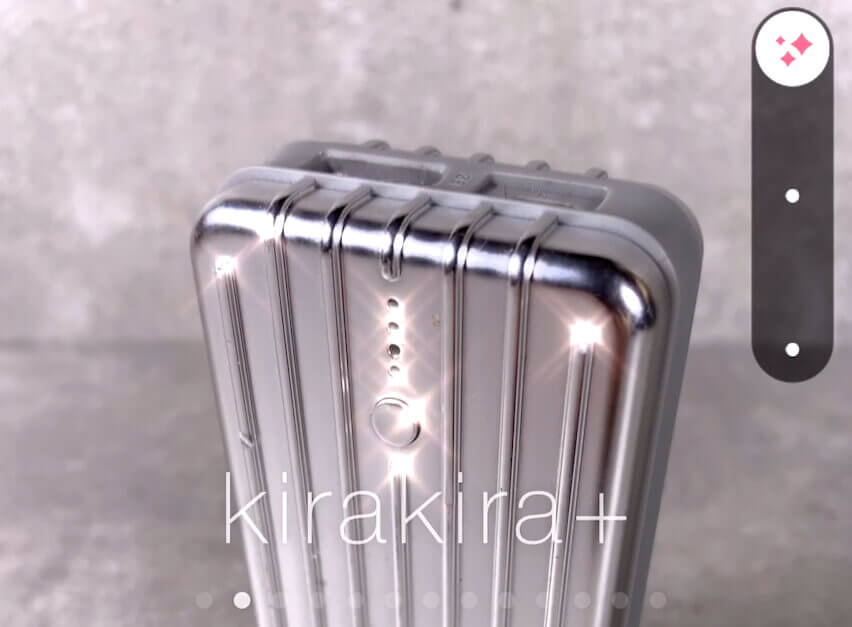 Professional sparkle can even be used for videos

One thing that I unfortunately cannot capture in the photo is the change in the sparkle over time, which is great for video recordings in particular. The glittering stars do not stay static, but rotate slowly, change their color and get bigger and smaller when they move. That looks really very good and makes the tree really sparkle in Christmas videos, for example.

Animated glitter stars captured in a GIF. Unfortunately with reduced colors - because of the GIF format.

As a small replacement, I made an animated GIF that can hopefully bring the twinkle effect across to you. The colors are of course better in the video because GIFs are limited to 256.

I like to tend to take a photo filter over and over again if I like. That may be nice for you, but sometimes the peculiarity is that you rarely use the filter. For the reason: less is more! ;-) 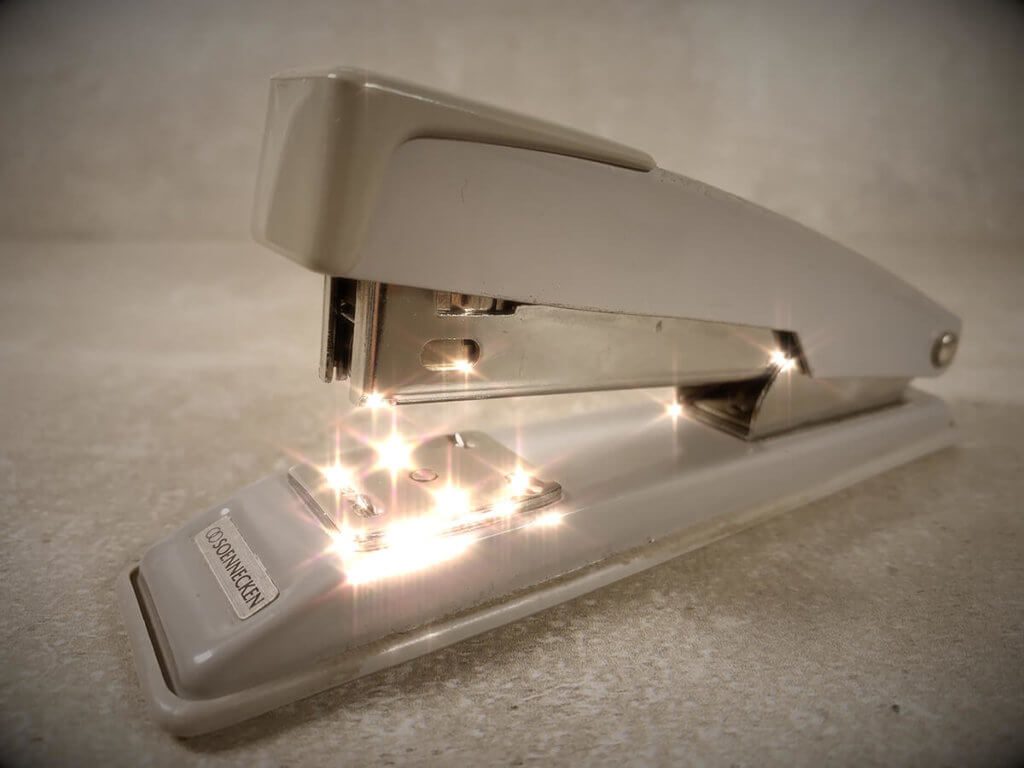 Even a simple stapler makes an exciting photo with KiraKira. Experimenting with other objects is sure to bring a lot of good photo opportunities to light here.

I think you can get a lot of Instagram and Facebook likes with the photos, even with simple motifs, but I wouldn't fill the entire profile with Kirakira photos. An interesting idea would be glass ball photography (I remember my review of the Rollei Lensball) to combine with Kirakira.

One of the first questions I asked myself was whether the chic sparkling effects of kirakira + can also be used on videos and photos that have already been created. Unfortunately, this is not yet possible. This means that you have to record the corresponding videos and photos directly in the app with the desired effect. Subsequent changes are not possible.

Unfortunately, the app also does not support the 2x telephoto lens of the iPhone. I would like to go closer sometimes, but that can only be done by cutting it afterwards.

Sample photos of my Funkel work

So that you can get a glimpse of the beautiful things you can do with this little 1 EUR app, here are some photos that I took with the iPhone XS. 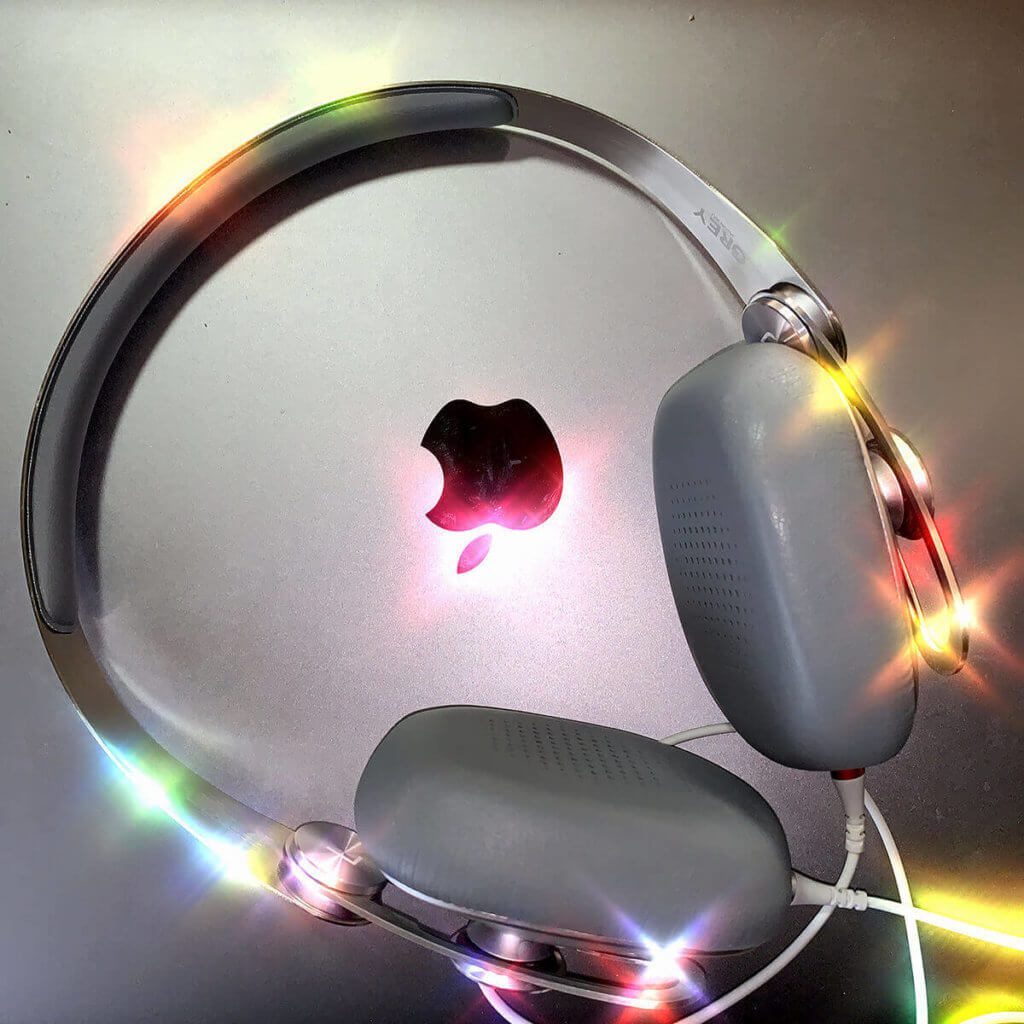 My moshi headphones on the MacBook Pro.

The close-up of the Christmas tree also looks a little more impressive with KiraKira. 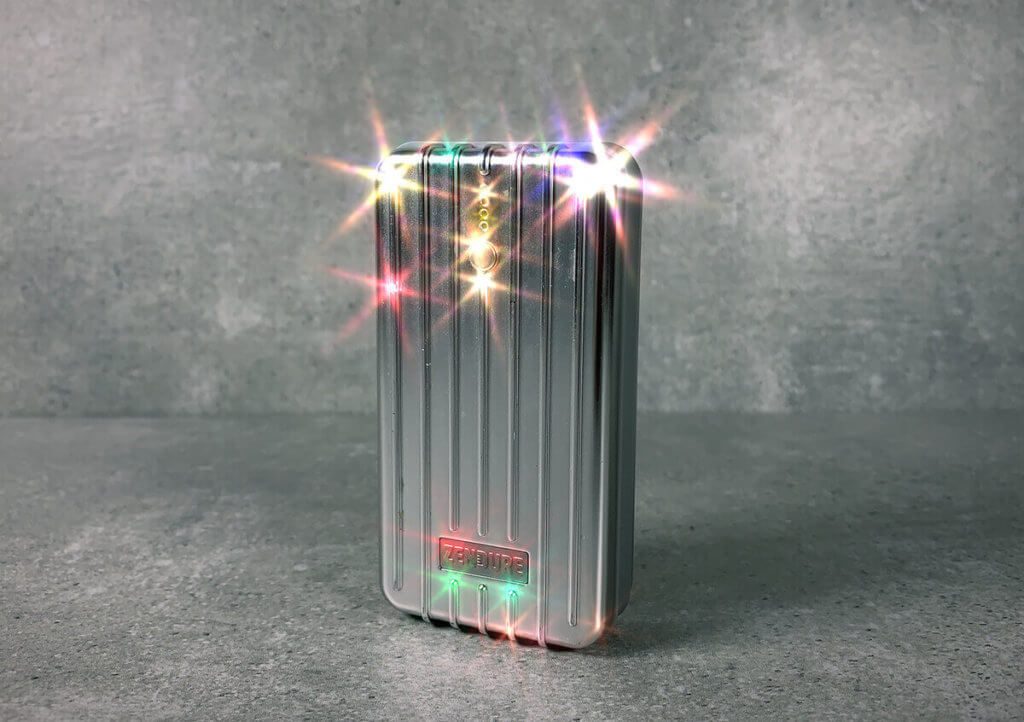 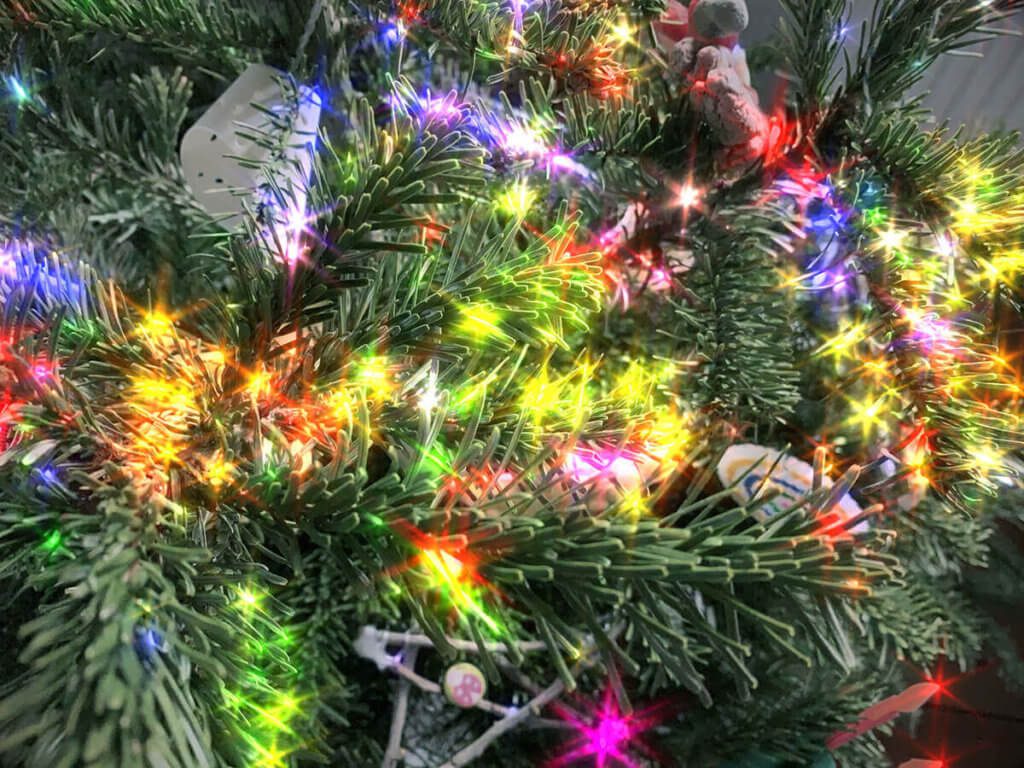 No, there is no LED light chain hidden. Everything only built in digitally! 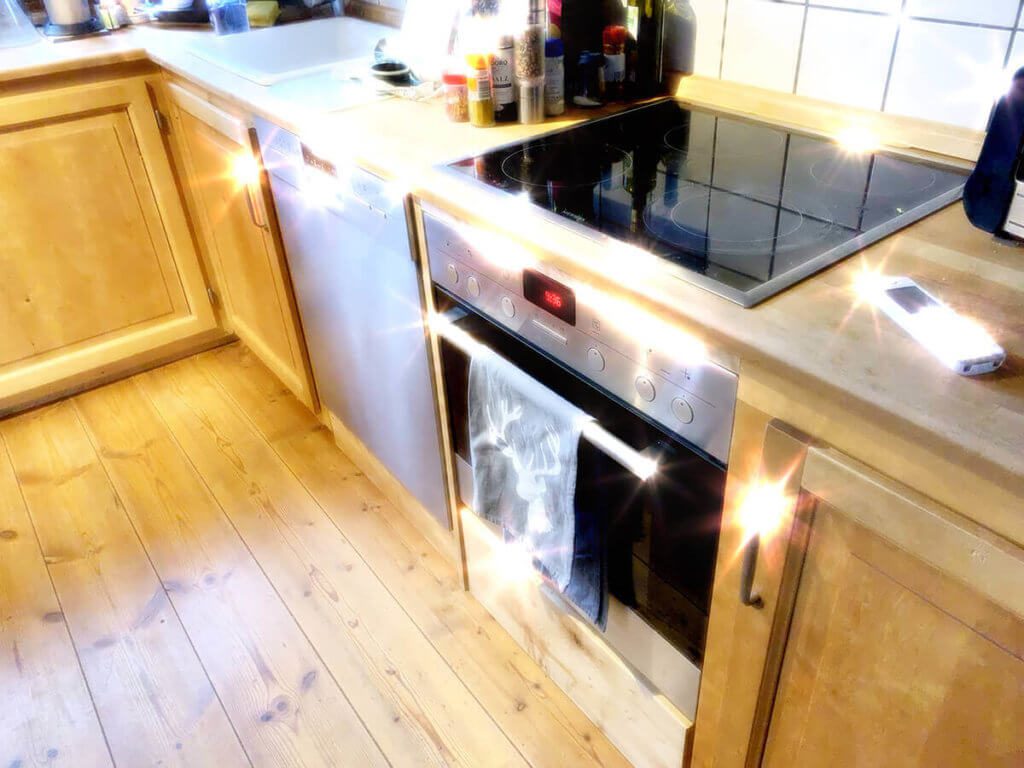 Even if you haven't tidied up the kitchen, you can still send your sweetheart a photo to prove how clean everything is. ;-) 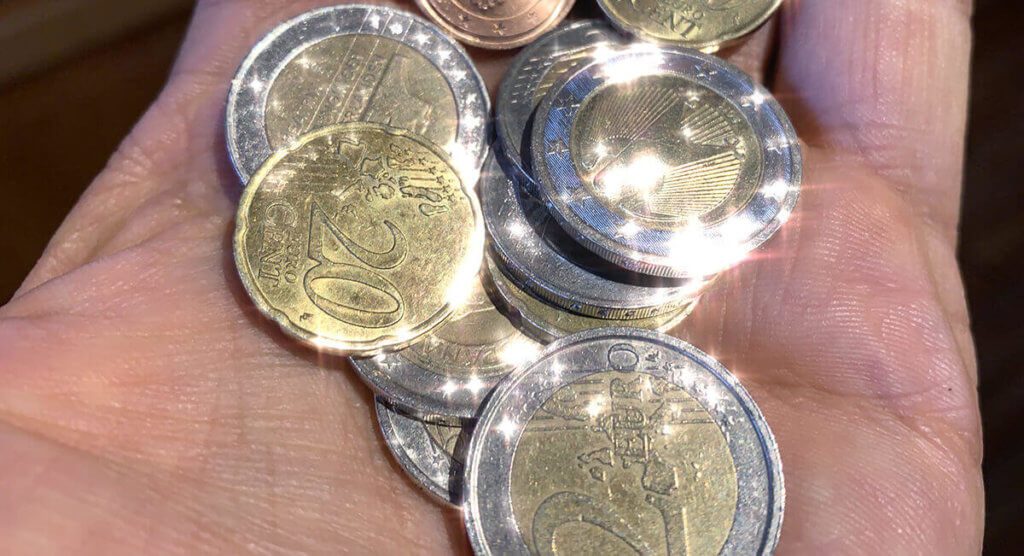 Money also looks much more valuable thanks to the kirakira + photo app. 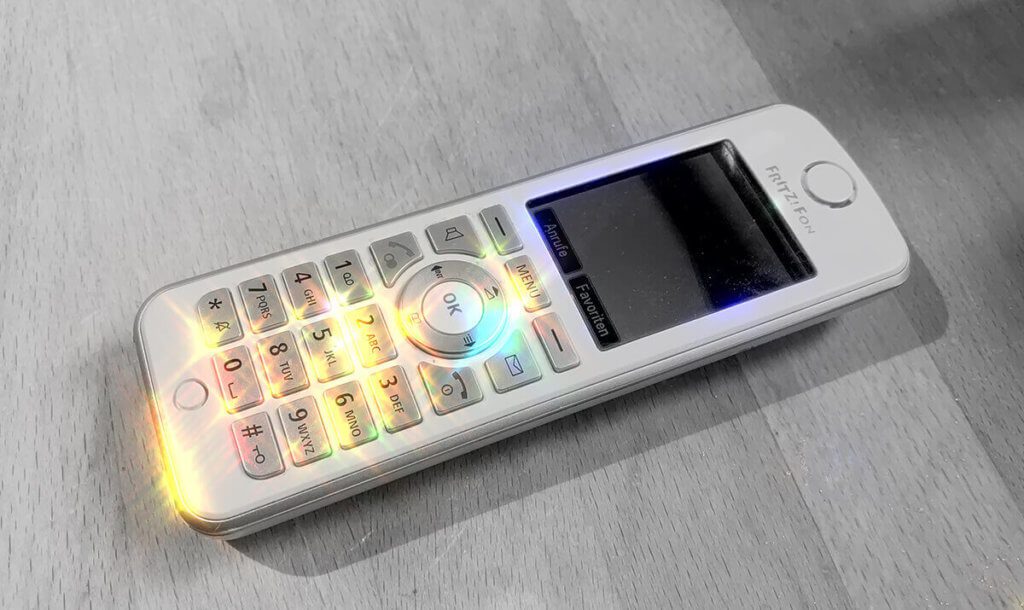 The "Color" filter ensures that the picture itself is black and white, while the stars are glittering in different colors. 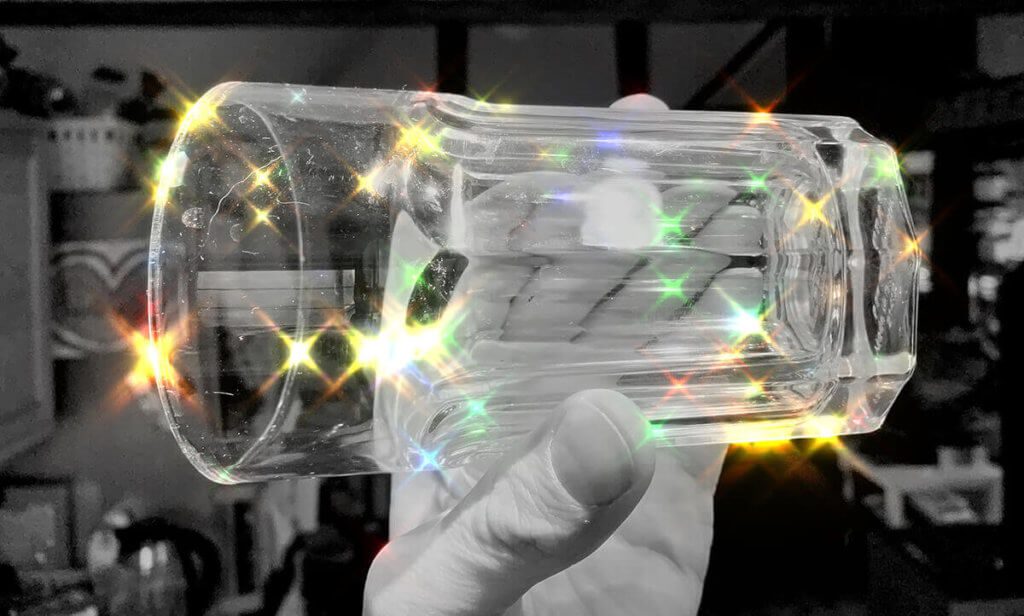 You can get a nice effect with glasses that you hold up to the light. 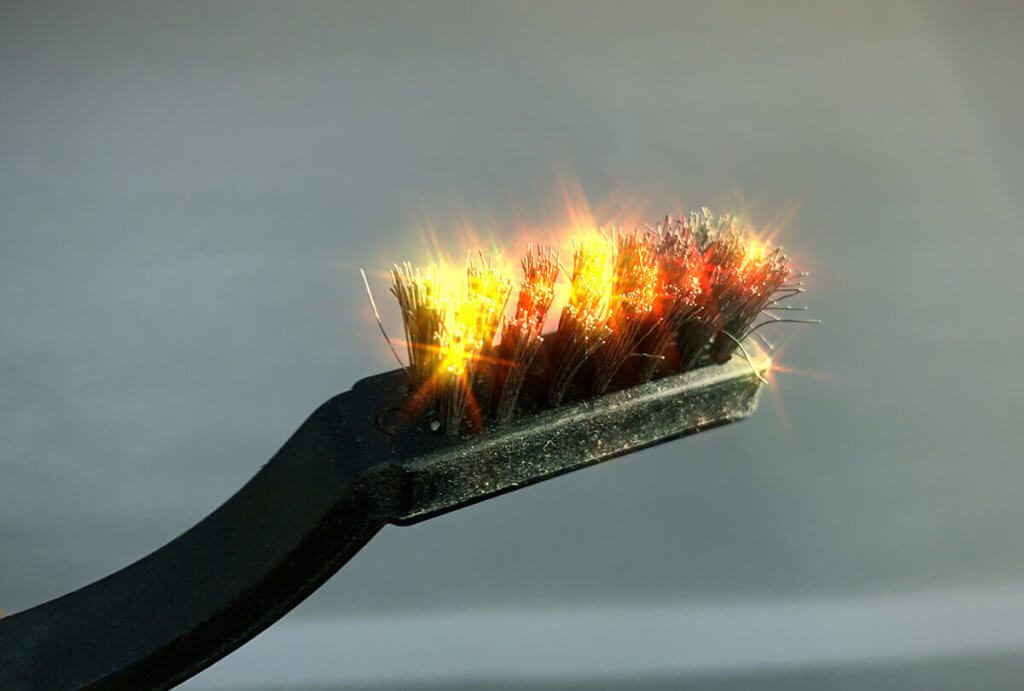 The wire brush could pass for a Mordor resident's toothbrush. 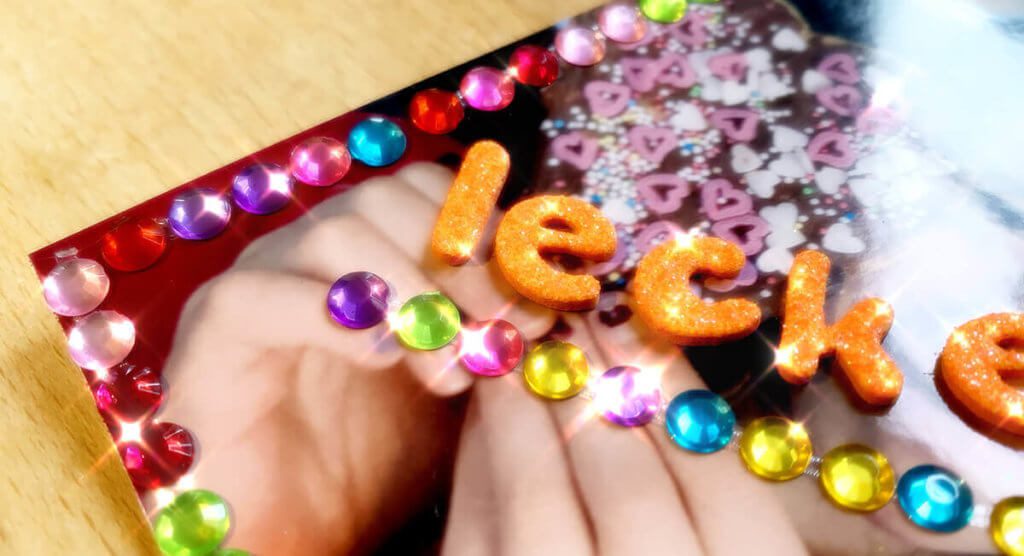 My daughter covered a photo with rhinestones and letters. With kirakira +, of course, it looks twice as glittery. I used a subtle filter here. 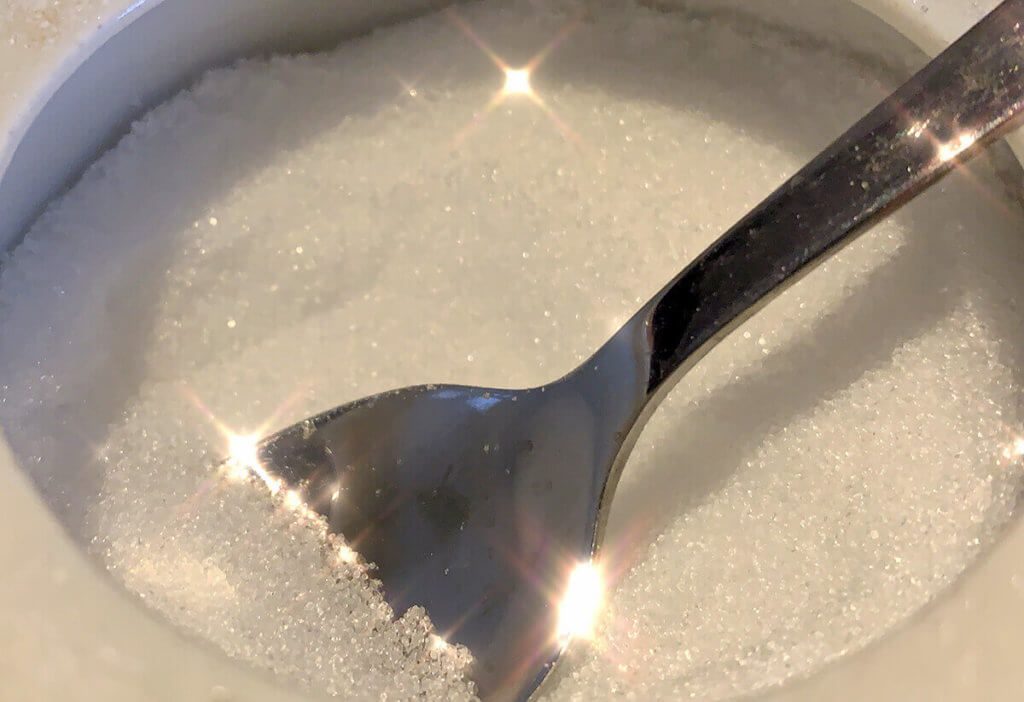 Is that sugar or fairy dust ??? 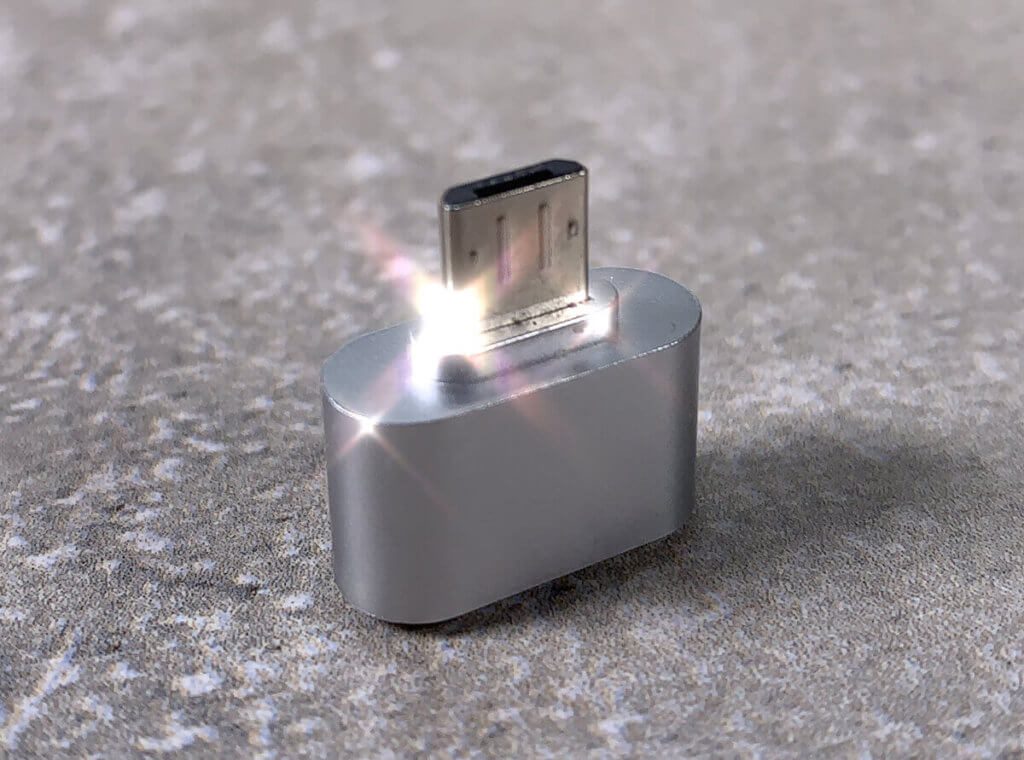 With a little twinkle, even a micro USB adapter looks like something ...

So, now you have a small impression of what the app can and cannot do. I would definitely recommend playing around with it a lot. The differences that the filters offer alone are immense. If you then focus on various "objects", you have a lot to try out! Have lots of fun with it!