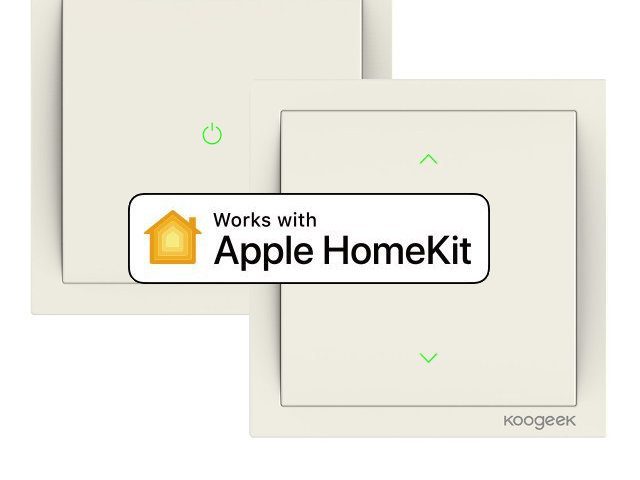 New products from Koogeek: WLAN light switches and light dimmers for the smart home. Control is possible via HomeKit via Siri voice control.

The Koogeek Smart Light Switch is equipped for the European market with the corresponding dimensions of 86 mm in height and width and made for alternating current with 220V to 240V and 50Hz. The maximum load is 800W and the smart light switch for the modern home is integrated into the home WiFi via the 2,4 GHz band. According to the manufacturer, it is compatible with all single-pole light switches.

The new Koogeek WLAN dimmer is designed for alternating current from 220V to 240V and 50Hz. According to the manufacturer, it is also made for a load of 5W to 200W for incandescent lamps, tungsten lamps, dimmable LED lights and CFL lights. The dimmer is integrated into the home WLAN via the 2,4 GHz band. Control via Siri is then possible via the HomeKit interface. You can read how to do this in the test linked above.