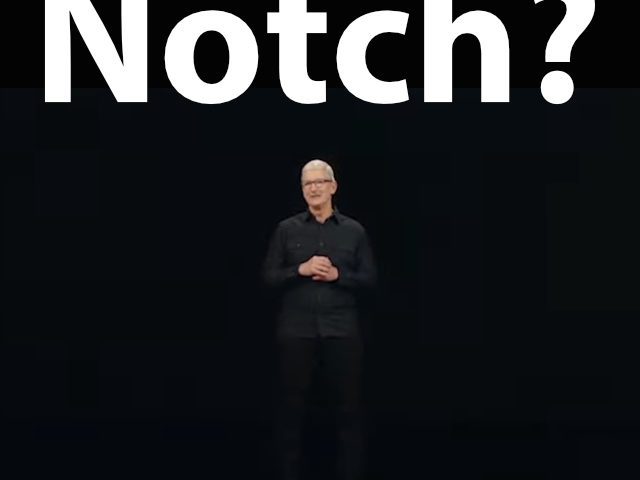 Before tonight as part of the Apple October Keynote 2021 new products from Cupertino are presented, there are still a few rumors. Various information about the display revolves around the new models of the MacBook Pro in particular. This should only have very narrow edges, but have a notch ready for the 1080p FaceTime camera and the ambient light sensor. The controversial design element has been around on the iPhone since 2017 - now it could also become part of the MacBook Pro. From 2022, models of the MacBook Air with a camera notch will also be presented.

Been on the road for a while, but boiled up again shortly before the Apple October event: The Apple MacBook Pro could get a notch, which could enable larger displays with a smaller housing. In addition, up to 32 GB RAM and 4 TB flash memory should be possible.

Among other things, at MacRumors this morning, just a few hours before the Apple event taking place tonight, I have the last rumors found on the new devices. The MacBook Pro should have narrower bezels. This not only makes the design more modern, but can also help, among other things, to get the 16-inch display in a smaller housing.

The 14-inch display could fit into the housing of the previous 13,3-inch models. The solution for the camera and ambient light sensor is then: Notch. We already know the bulge into the display from the iPhone, where the iOS status bar at the top of the screen has been adjusted accordingly. Something similar can happen with the menu bar of macOS. Face ID shouldn't get the MacBook Pro.

In addition to this information in some articles by MacRumors, in which one refers to a leaker with the pseudonym "Ty98", there is also information about the M-Chip, RAM and hard disk space. Because the new M-Chip could also be called “M1 Pro” or “M1 Max” in addition to the M1X. Perhaps Apple will introduce a new nomenclature with its own computer SoC - which would be confusing, however, since at least “Max” is currently only used on the iPhone.

Finally, a note on the points of RAM and hard disk mentioned. The largest combination of these values ​​should be 32 GB + 4 TB. This means that the new MacBook Pro late 2021 could be available with up to 32 GB of RAM and up to 4 TB of flash storage. We'll know more in a couple of hours and we'll be excited until then: D