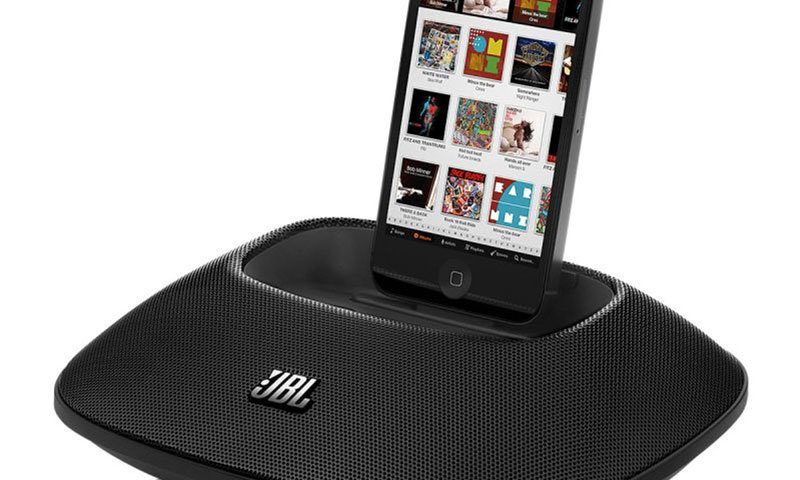 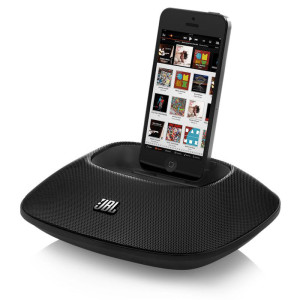 The JBL onBeat Micro Speaker Dock has a Lightning connector and is compatible with the iPhone 5, iPod Touch and the latest generation of the uPod Nano (Photo: Amazon.de).

The accessories with [Lightning support-> lightning] are slowly but surely coming onto the market. JBL has a nice audio dock that can be used not only for the iPhone 5 and the new iPod Touch with Lightning connector, but also for the last generation iPod Nano. Due to the small design, it still looks appealing with the [iPod Nano-> ipod-nano]. The highlight of the docking speaker system is that it can be operated not only with a power supply unit, but also with [rechargeable batteries-> eneloop] or batteries. As a result, the dock can be used as a mini speaker if you want to take your iTunes music with you to the office. The device runs for up to five hours on one charge of batteries - at least that's what the manufacturer writes. For those who still use an old iOS device with the 30-pin connector, there is a USB port that allows the old device to be connected to the dock with a USB 30-pin cable.

Many customers rate the device as very good, especially because of the rich and voluminous sound. Of course, you have to measure this by the size of the device and you shouldn't expect a sound like that of floor-standing speakers, but that should be clear to anyone who wants to play music via such an audio dock. One customer even wrote that the dock does not distort even at high volume and that it sonically outperforms all other docks that they have tried so far.

The [JBL Dock->jbl] still had to accept some bad reviews because customers wanted to use it as an alarm clock. Alarm clocks wereApps started on the iPhone, but the next morning they didn't play the alarm tone via the dock, but via the internal iPhone speaker. The reason for this is that after the iPhone has gone to sleep in the evening, it no longer recognizes the dock in the morning. In any case, this happens with third-party apps. However, one customer found a trick to solve this problem: If you choose a song from the [iTunes media library->itunes] as the alarm song in these alarm clock apps, the iPhone and the JBL onBeat Micro get together again work. The song will play "normally" from the JBL Lightning Dock the next morning.