Like in kindergarten: Netflix deactivates the AirPlay function in the iOS app 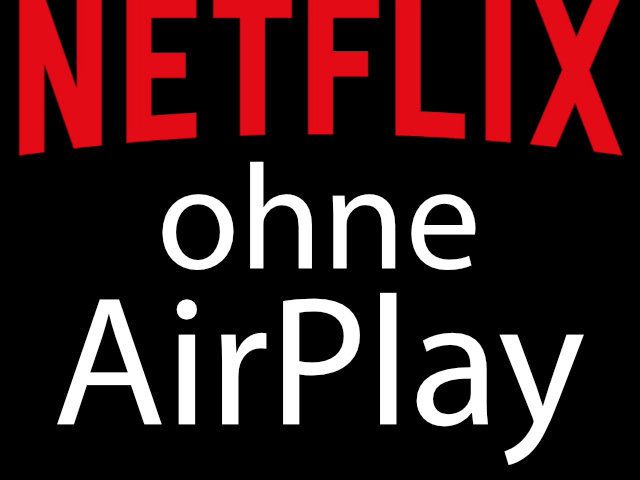 If you are currently wondering why the transmission of Netflix content via AirPlay to the Apple TV box no longer works, the streaming service will answer the following:

Due to technical limitations, AirPlay is no longer supported for use with Netflix.

What may sound like Apple is restricting its AirPlay when you first read it, actually works the other way around. Because Netflix has - according to its own official information - stopped support for the transmission protocol from Cupertino. A rather childish step in the dispute over streaming supremacy, after Apple TV + has now been introduced.

Transferring films and series from the Netflix iOS app via AirPlay from the iPhone to Apple TV? That is no longer possible ... (Product image: Apple.com)

Stream Netflix from your iPhone, iPad or iPod Touch ...

... that is no longer possible via AirPlay. Like among other things The Verge with reference to a statement from the streaming service reported, the limitation is officially due to Apple's behavior. Because now that the transmission protocol has also reached third-party manufacturers (such as smart TVs), Netflix can no longer ensure a high-quality user experience. At least that's what they say. AirPlay cannot distinguish between the Apple TV set-top box from Apple and televisions from other manufacturers, which can make playback of content difficult or faulty. For further use, please refer to the Netflix apps for Apple TV and Smart TVs.

Are the apps for Apple TV and televisions an alternative?

If the Apple TV Box and / or the television are compatible with the current Netflix app and are also connected to the Internet, then that's no problem. Some users see no alternative for AirPlay but in these cases:

My opinion on Netflix and AirPlay

The behavior of Netflix with regard to the AirPlay restriction is not really understandable. Even when transmitting to a Smart TV, the same should be able to adapt the image best to its display and speakers. With its quality standards, Apple will ensure that the content transmitted in this way is optimally reproduced on TVs from Samsung, Sony, LG and Vizio. In addition, you could have gone into the dialog to enable the end device to be identified in the AirPlay protocol for the adjustment of picture and sound. So, in my opinion, these arguments are far-fetched and, all in all, childish.