Is my Apple Watch compatible with watchOS 8? 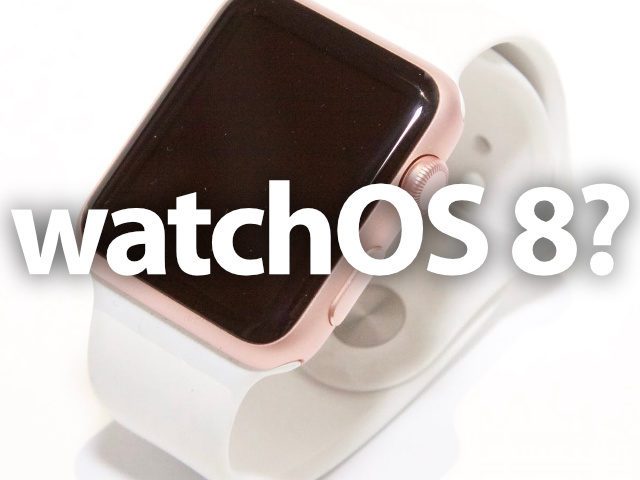 WatchOS 8 brings new functions and uses for the Apple Watch. Apple demonstrated this impressively yesterday during the WWDC21 keynote. But is my Apple Watch compatible with watchOS 8? Which smartwatches from Apple will be upgraded to the operating system for 2021/2022? You can find the answer to this question in this guide. I have also put together some information about the system, the new functions and links to the articles about iOS for iPhone and macOS for Mac.

Question: Is my Apple Watch compatible with watchOS 8? You can find the answer in the form of a list of compatible smartwatches from Apple in this guide.

These Apple Watch models are compatible with watchOS 8

The list of models of Apple Watch compatible with watchOS 8 is the same like watchOS 7. Although not all functions will be fully available on all generations of the watch, the basic structure in the form of the operating system will be available for the following devices:

watchOS 8 compatibility - Not all features on all watches

For example, always-on apps and the always-display in general can only be used with the Apple Watch Series 5 and Series 6. The new smartwatch (probably "Series 7") will also support these features with a high degree of probability. There are other restrictions, for example, with the Apple Watch Series 3 and Apple Watch SE, because they do not have the necessary hardware to use the ECG feature. Of course, this must be taken into account if you want to upgrade your current Apple Watch to watchOS 8 or buy a new Smartwatch from Cupertino.

Further compatibilities: iPhones with iOS 15 as well as Macs with macOS Monterey

What does watchOS 8 bring to compatible Apple Watch models?

With watchOS 8 there are new ways to compose messages. For example, the sending of photos and GIFs was taken care of. Photos also play a role in the revamped sorting and viewing options. In addition, portraits can be set as watch faces, a 3D effect is created because part of the time is placed behind the heads / heads of the people. You can use several timers at the same time, keys and ID documents go into the wallet, and notifications can be managed with Focus. There will also be a contacts app for the Apple Watch. You will get more information in my WWDC21 keynote summary and in the official preview.

In addition to my text, which I've garnished with a few screenshots, you can also watch yesterday's kick-off event for Apple's developer week as a video here in the blog. In the following you can find the recording embedded.