Is my iPhone compatible with iOS 15? 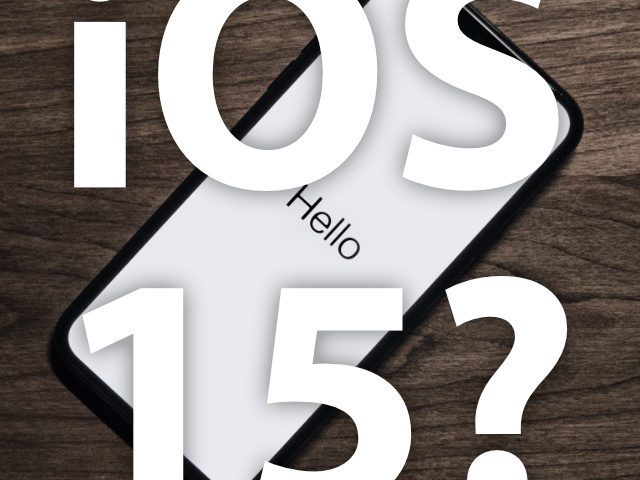 Yesterday, Apple unveiled the new versions of iOS, iPadOS, tvOS, watchOS and macOS as part of the WWDC21 Keynote. For the Apple smartphone there are various new and improved features such as Focus and Live Text as well as updates for news, weather, wallet, maps and the use of AirPods. The question arises: is my iPhone compatible with iOS 15? You will find the answer and further information in this guide. So if you want to know which Apple iPhone gets the iOS 15 update, have a look at the following paragraphs.

After yesterday's Apple WWDC21 Keynote, the question arises: Is my iPhone compatible with iOS 15? You can find the answer here. In the official list you can see which iPhones get the iOS15 upgrade. This will come in autumn 2021.

These iPhone models are compatible with iOS 15

With the list of iOS 15 compatible iPhones, Apple offers a positive surprise. Because even those models, the oldest too iOS 13 and iOS 14 are back: iPhone 6s and iPhone 6s from 2015. Here is the complete list of devices that are compatible with iOS 15:

This is the official list of iPhone models compatible with iOS 15. Will your Apple iPhone get the iOS 15 upgrade?

When will the iOS 15 upgrade for the iPhone come?

As in previous years, the new version of the iPhone operating system from Apple will only be rolled out when the latest compatible cell phones come onto the market. It has not yet been said whether the iPhone 13 will be released in September, October or November 2021. In any case, Apple has announced the release of all new operating systems (including iPadOS for the iPad, macOS for the Mac, watchOS for the Apple Watch and tvOS for Apple TV 4K) for the fall. Developer betas are already available. Public beta versions will be available from July.

Now the question is Is my iPhone compatible with iOS 15? answered. If you are interested in further information from yesterday's Apple WWDC21 Keynote, I recommend my summary of the event: WWDC21 Keynote Summary - New Systems, No Hardware. It also describes the new iPadOS for the Apple iPad, the new macOS for Mac, Mac mini, iMac and MacBook as well as watchOS for the Apple Watch with the new features and functions. For example, Mac and iPad can now be used across screens with the same input devices - the whole thing is called “Universal Control” and it works like magic. Have a look, if that sounds interesting to you;)

Which iPhone models get iOS 15? You can find the answer in the list above. I stole this from her official preview page to the new iPhone operating system from Apple. There you will not only find the list of iOS 15 compatible iPhones, but also all possible information about the new possibilities of smartphone use. Numerous screenshots and graphics underline the information offer. If you want to watch yesterday's presentation of it in moving images and sound, then I recommend the video for the WWDC21 keynote. In the following I have embedded it for you so that you can view it directly.