Is my Mac compatible with macOS Monterey? 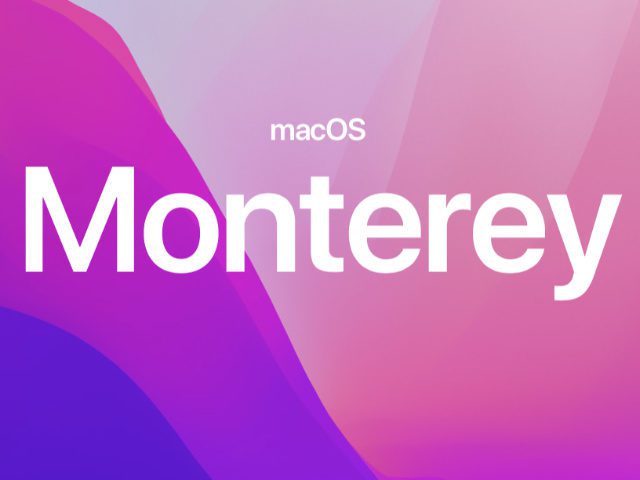 Yesterday, Apple presented the new Mac operating system macOS Monterey as part of the WWDC21 keynote. The successor to macOS Big Sur brings a few exciting new features and adjustments to Mac, iMac, MacBook and Co. Movies, series, music and the screen can now be shared via messages. Universal Control ensures mouse, keyboard and trackpad use across multiple Macs and the iPad. And so on. You ask yourself: is my Mac compatible with macOS Monterey? You will get the answer to this question in this guide with a list of Mac models that get macOS Monterey as an upgrade.

Is my Mac compatible with macOS Monterey? Which models of Apple Mac, Apple iMac and Apple MacBook get the macOS Monterey upgrade? There is a detailed answer to this question here.

These Mac models are compatible with macOS Monterey

Here I clarify for you the question of which Apple Mac can be updated on Monterey. The comparison to the Big Sur compatibility. Because with the macOS version, which will appear as an upgrade in autumn 2021, not so many Apple computers can be used. For some, the possibility of use shifts by one or two generations. 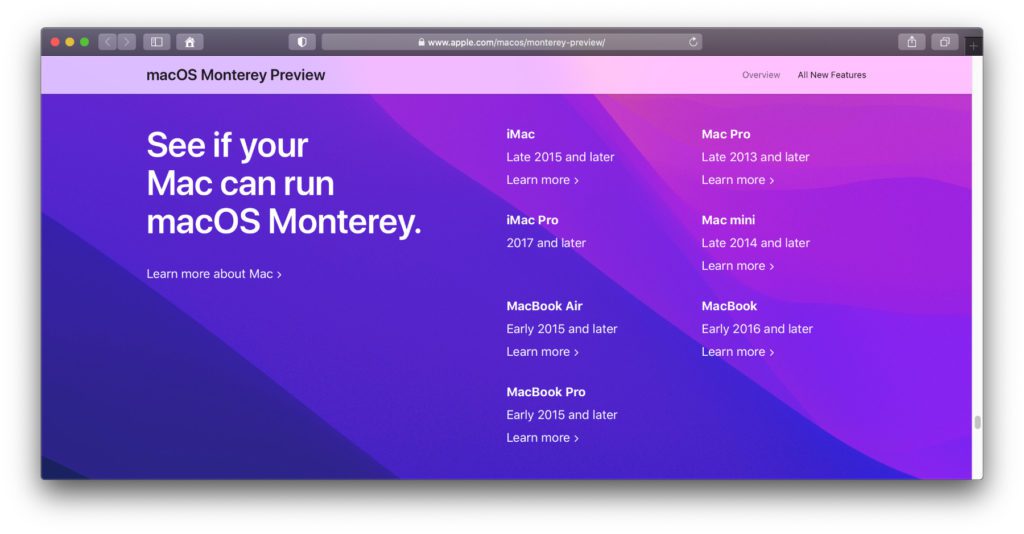 This is the official list of which Mac models are compatible with macOS Monterey. Below you will find a detailed list with all usable generations of iMac, MacBook Pro, MacBook Air, Mac mini, Mac Pro and Co.

The short list in the last paragraph shows you from which age group which computer or laptop model can be used with the new Mac operating system from Apple. But which individual generations and years can be used? Is my Mac, iMac, or MacBook Pro compatible with macOS Monterey? You can clarify that in detail with this list. I do not give any inch size information. All display sizes from 13,3 "to 16" for the MacBook up to 21 ", 24" or 27 "for the iMac (and all others) are included.

When will the macOS Monterey upgrade for the Mac come?

As usual, the new operating system for Apple computers will only be rolled out when the new devices are available for it. There are currently a lot of rumors about new MacBook Pro models with 14- and 16-inch displays. When these will come on the market - September, October or November 2021 - has not yet been said. What is certain, however, is that this OS as well iOS 15 for the iPhone, iPadOS 15 for the iPad, watchOS 8 for the Apple Watch and tvOS 15 for Apple TV will be released in autumn 2021. Developer betas have been available since yesterday. From July there will also be public beta versions.

Official information from Apple: Preview page for the new macOS

Now the question should be Is my Mac compatible with macOS Monterey? have received a sufficiently comprehensive answer. If you want more information from yesterday's WWDC21 keynote from Apple Park in Cupertino, I recommend my summary of the event: WWDC21 Keynote Summary - New Systems, No Hardware. There you will also find the new iPadOS for the iPad, the new iOS for the iPhone, the new watchOS for the Apple Watch, details on new possibilities with HomeKit, innovations in wallet, weather, Siri, iCloud and much more. If you don't just want to read and look at a few screenshots, just watch the keynote with the video embedded below.