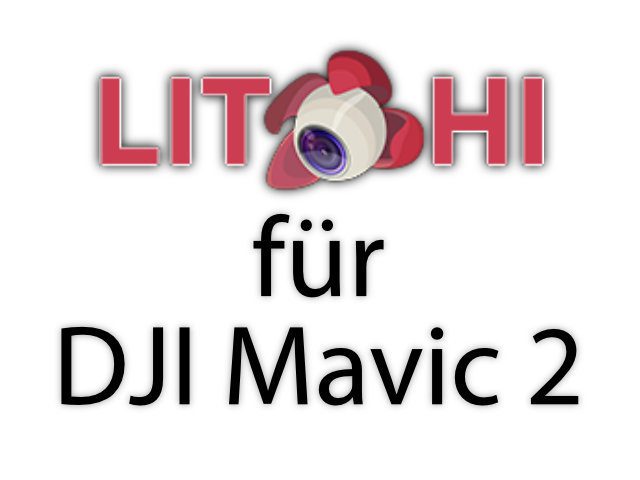 The Litchi app is a widely used DJI GO 4 alternative for the control and flight planning of drones. With version 2.6.0 for iOS on iPhone and iPad as well as version 4.9.0 for Android smartphones and tablets, the software is now also ready for the DJI Mavic 2018 Pro and DJI Mavic 2 Zoom models introduced in 2. You can find the changelog with the listed updates in the new app versions on this website: flylitchi.com/new.

With the Litchi app, fly the DJI Mavic 2 Pro or DJI Mavic 2 Zoom as well as preset flight routes, use track features and much more - this is now possible on iOS and Android.

Use the DJI Mavic 2 with the Litchi app

"We're excited to announce that both the Mavic 2 Zoom and Mavic 2 Pro have been added to the list of supported drones in Litchi 2.6 (iOS) and 4.9 (Android)“, Says the app developer. This means that if you use one of the new drones from the market leader, you can now plan and carry out autonomous flights with the same. One-off events can be perfectly recorded with a preset course, comparison flights can be flown several times on the same route and additional features can be used. And not only with the latest drones from 2018, but also with DJI Spark, Mavic Pro, Phantom 4, Phantom 3, Inspire 1 and Inspire 2.

You can of course find the download of the Litchi app for iOS and Android in the official sources, the Apple App Store and the Google Play Store.

You already fly your camera drones with the Litchi app, but you don't yet know whether the new DJI Mavic 2 Pro and Zoom are something for you? Then I have a few posts for you that offer an insight into the world of these quadrocopter models: