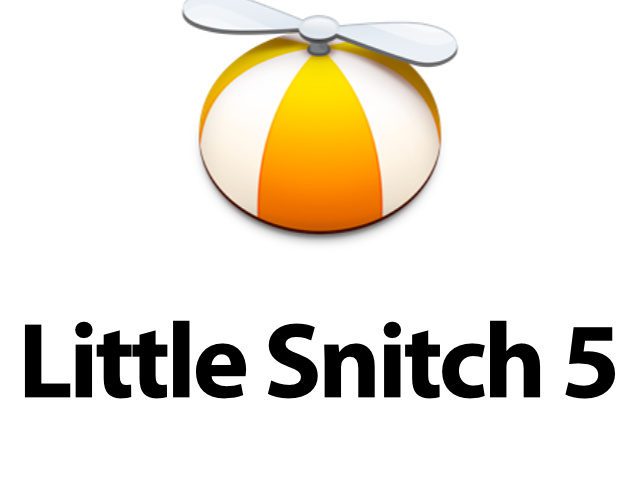 Litte Snitch is a Mac app that is used for network monitoring and offers you z. B. shows which software wants to transfer data over the Internet. Together with Micro Snitch I already gave you the tool presented almost four years ago. Since then, several versions have passed, especially of the Mac operating system macOS. The current version of the app Little snitch 5 is optimized for the upcoming macOS 11.0 Big Sur and accordingly brings a new design and new functions. In this post I have summarized the details for you.

The network monitoring tool "Little Snitch" is now optimized for macOS 11.0 Big Sur. All information about Little Snitch 5 can be found here.

In Little Snitch 5, the developers at Objective Development Software GmbH from Vienna focused on the native network filters that come with macOS Big Sur on the Mac. The software behind it has been developed from scratch and replaces the kernel extension that was still used up to now. In addition to the underlying technology, the design was also considered. In the case of the Austrian tool for monitoring the network activity of the Apple Mac, this was also adapted to the upcoming operating system. Also important for many previous users: the program and update installation now works via drag-and-drop and no longer needs to be restarted.

Important for beginners: the quiet mode

This naturally subsides after a few days, since each connection only requires a decision once, but beginners in particular are quickly frustrated here and lose the fun of Little Snitch.

With the quiet mode, the developers have built in a good function: Little Snitch does not constantly disturb, but collects the connections and later you can work through the complete list. This is a feature that really makes a lot of sense.

The new "quiet mode" in Little Snitch 5 prevents constant disruptions when working on the Mac.

Other improvements in Little Snitch 5

Resource management has also been improved with the new version. Little Snitch does not need as much CPU and RAM in the current version, since connection information can be collected without the network monitor running in the background. In addition - and this is a big change - it is no longer just the connection information from the last hour that can be viewed. Information that goes back up to a year can now be collected and stored.

System admins also have the option of controlling settings via a command line. This is how scripts can be run in the app for the first time. In addition to private use, professional use was also considered.

Free upgrade and pricing for the software

If you bought Little Snitch 4 after November 1st, 2019, you will get the upgrade to Little Snitch 5 for free. After the download, all you have to do is enter the existing license key. However, if the 4 version was purchased before the deadline, there is still a discount on the purchase of the latest edition.

A new purchase with a single license also costs 45 euros. Other offers include a family license for 89 euros and multiple licenses for 5 or 10 Macs. In addition, the developers continue to offer Micro Snitch and LaunchBar - also useful tools for working on the Apple Mac. To the official website you come with this link.