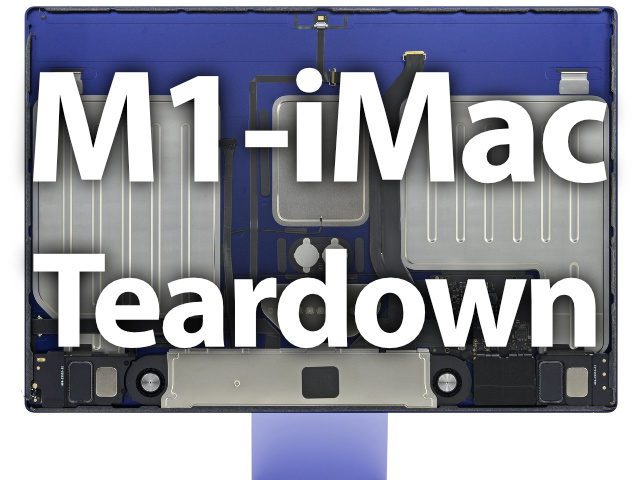 On April 20, 2021, Apple presented the first iMac with its own ARM chip, the 24-inch model with an M1 SoC and different colors. Now the first devices have also reached the users and specialists who deal with repairs. At iFixit the new 24 ″ iMac with M1 chip taken apart and examined for repairability. The individual components were also determined and further information was given. In the following I have summarized a few important points from the report and the teardown instructions for you.

The inside of the M1 iMac from Apple can only be reached by removing the display. That's not the only point that makes a difficult repair.

iMac interior can only be accessed via the display

You can't really say that the new Apple iMac was "screwed on" at iFixit, because its case is not screwed at all. Instead, the hardware is behind the display, which is glued to the housing and which has to be removed to reach the interior. Once this has happened, a few screws have to be loosened in order to e.g. B. to get to the M1 chip and other parts. You can also find the fans, speakers, microphones, batteries and the like. The Apple logo on the back does not hide any LEDs for possible lighting, but a flat antenna for WLAN. 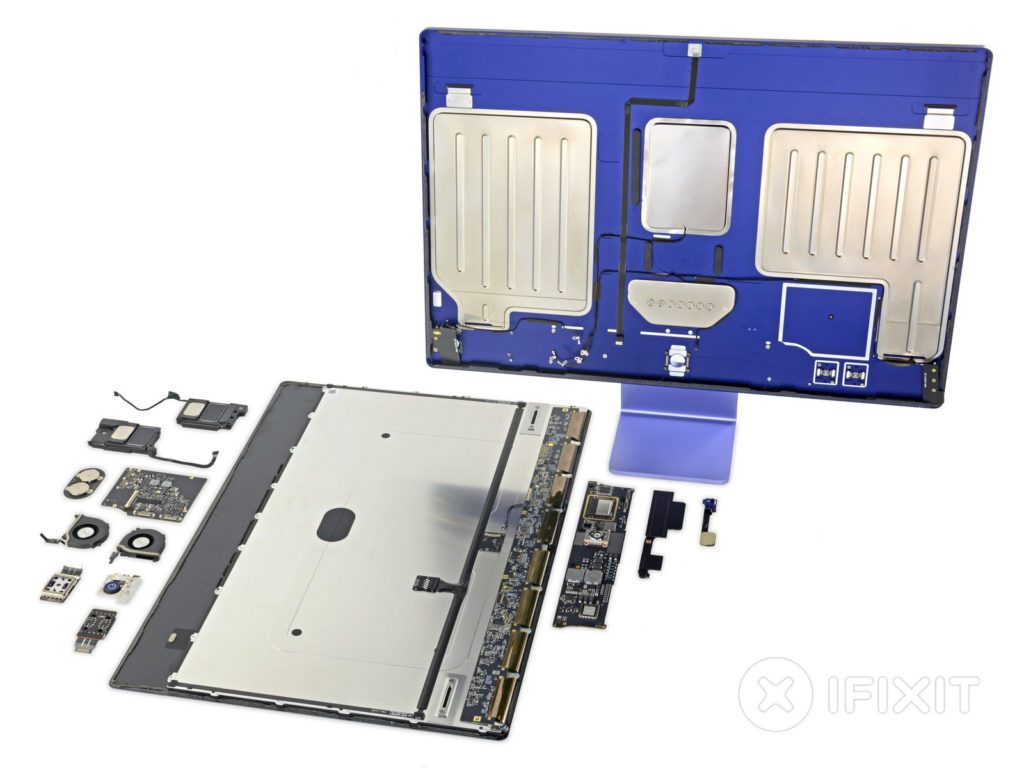 Quite clear: The most important hardware of the Apple iMac (early 2021) would probably also fit in a laptop. You could at least unscrew this.

It's not just the fact that you have to remove the display to carry out a repair, replace a component or clean the inside of the iMac that lowers the repairability index. The fact that the SSD storage is soldered on doesn't exactly speak for the hobbyist quality of the device. RAM expansion is also not possible. Removing and inserting the display is also quite tedious. All in all, there is only a 2/10 rating for repairability. This also applies to the outsourced power supply unit; it's easy to replace, but not so easy to repair. More details, pictures and information can be found with this link.