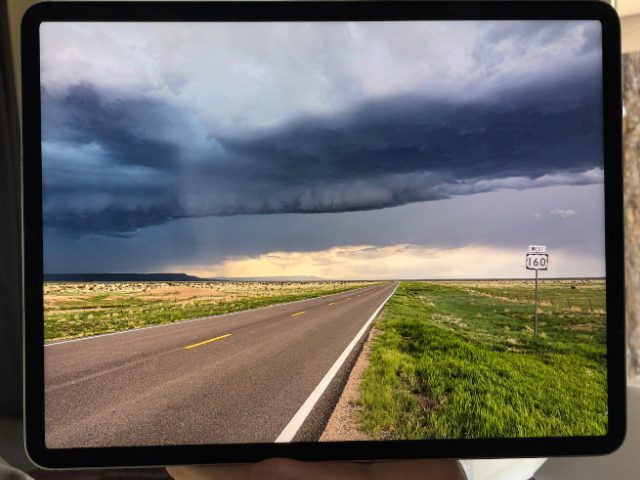 The photographer Austin Mann, who regularly tests the new Apple products for their suitability in everyday photography, has kept up with the latest iPad Pro with M1 chip accepted. On a trip he had the Apple tablet with him to save, edit, upload photos and do a lot more. He and his wife also used the iPad Pro 2021 and its fast internet connection to check the weather. So this time Austin Mann's report does not shed light on the use of Apple hardware for photography (as in the iPhone 12 Pro and iPhone 12 Pro Max), but as a computer replacement.

Examples of photos that Austin Mann took with Sony cameras and then transferred to the iPad Pro with an M1 chip for editing and uploading. All in all, the new Apple tablet from 2021 is a good companion for photographers.

Among other things, the Great Sand Dunes National Park and Monument Valley were on the itinerary of Austin Mann and his wife. Impressive photos were taken on the way, which were taken with Sony cameras. However, they were saved, sorted and edited on the current iPad Pro and in connection with the 32 ″ Pro Display XDR from Apple. In addition to a report in text form and further photos, Austin Mann also offers a video in the corresponding article on his website, which shows the work on the tablet including keyboard and connected monitor. He particularly emphasizes the speed with which entries are implemented. You can have a look here.

Austin Mann's wishes and conclusions about the iPad Pro for photographers

In the linked article there is a list of improvement requests and a conclusion on the use of the iPad Pro for the follow-up to photo shoots. On the wish list there is a slot for memory cards, e.g. B. SD cards. It should also be possible to use two external storage media at the same time. It is also not possible to use another app while the images are being imported into Lightroom CC. In conclusion, however, it says that the iPad Pro - not least because of the many professional apps that are already available for it - can be a good support for photographers. Austin Mann himself does not want to do without the Mac, on which he z. B. ChronoSync uses.