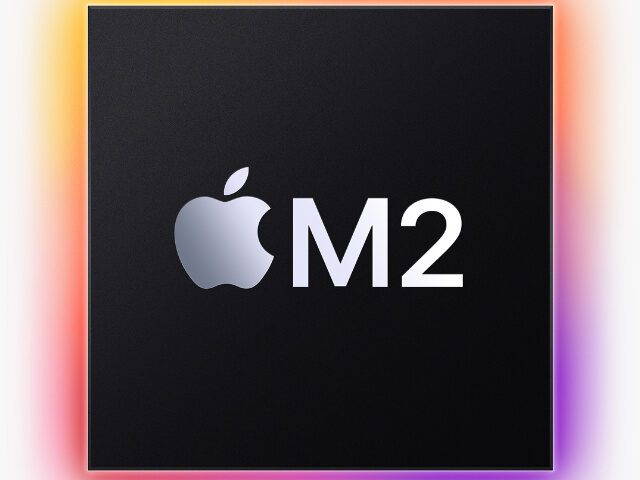 On Monday, Apple as part of the WWDC22 keynote the new generation of Apple Silicon, the M2, presented. This is not only a bit larger than the M1 chip, which was presented in 2020, but should also bring significantly more performance. The focus is not only on increasing performance, but also on efficiency. The energy-efficient performance is evident in the 50% faster memory bandwidth of 100 GB/s and 18% more computing power with the same energy consumption. In the following I have compiled further data on the M2 chip from Apple, a comparison with the M1 and comparisons to PC technology.

The M22 chip, presented during the WWDC2 keynote, is a bit bigger as well as more powerful than the M1 chip. In this article you will find comparisons of the two chips as well as comparisons with PC hardware. Image source: Apple.com

The new M2 SoC (System on a Chip) is based on second-generation 5-nanometer technology. It ensures that the performance per watt increases even further. Hardware equipped with the M2 can therefore offer the same performance with even lower power consumption. According to Apple, the CPU is 18% faster and the GPU is said to be 35% more powerful. The Neural Engine works 40% faster and the memory bandwidth also increases by 50% to 100 GB/s. The M2 also supports up to 24 GB shared memory supports. The first devices with M2, the new MacBook Pro and the new MacBook Air, will be available from July 2022.

"The M2 marks the start of the second generation of our M chip family and surpasses the already amazing features of the M1' said Johny Srouji, Apple's senior vice president of Hardware Technologies. "Thanks to our relentless focus on energy-efficient performance, the M2 chip offers a faster CPU, GPU and neural engine. And alongside higher memory bandwidth and new features like ProRes acceleration, the M2 continues Apple's breathtaking pace of innovation in chips for the Mac."

CPU performance compared to the M1 and PC systems

Both as part of the WWDC keynote and in a subsequent one press release Apple has made several comparisons between its own chips and those of PCs. As already mentioned, the maximum performance of the M2 is at 118 percent level of the M1 with the same power consumption. 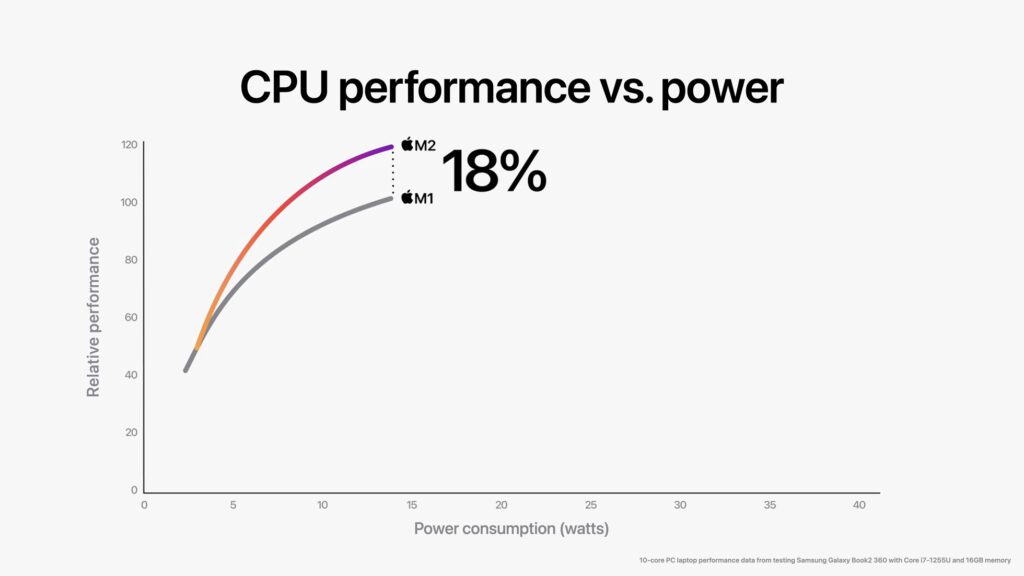 With the same consumption, the M2 even provides 10 times the performance compared to a 1,9-core processor in a PC. A Samsung Galaxy Book 2 360 with a Core i7-1255U and 16 GB of RAM was used as a reference. 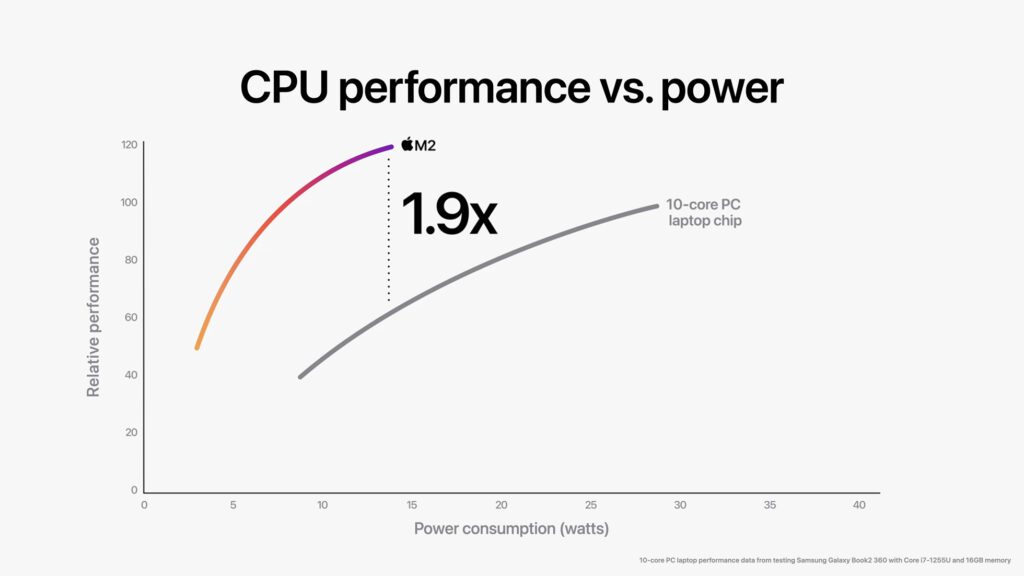 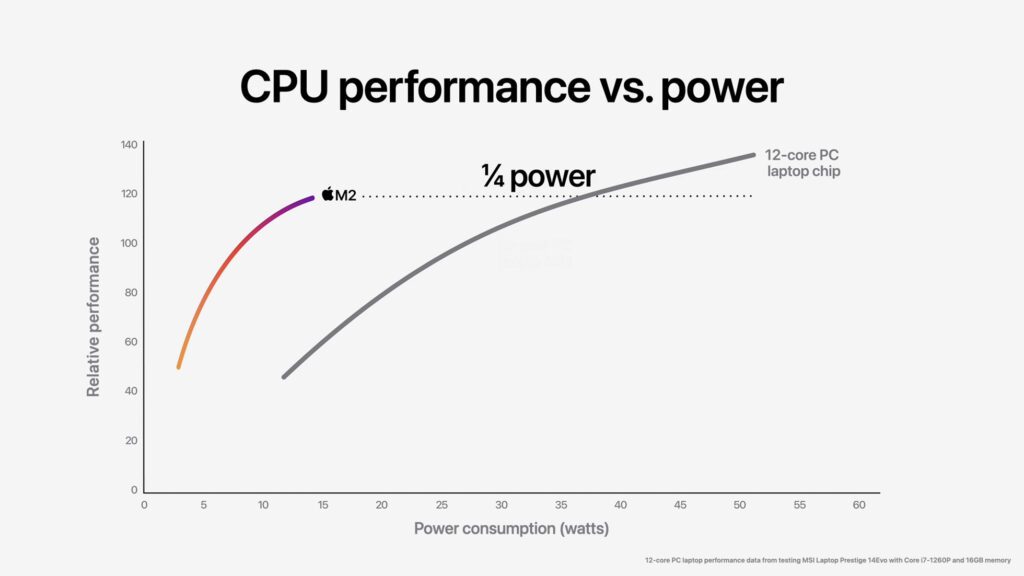 GPU performance compared to the M1 and PC systems

In addition to the processor cores (CPU), the graphics unit (GPU) was also compared. The M2 delivers 35% more maximum power, but consumes a bit more power in the process. With the same power consumption, however, it is also more efficient. 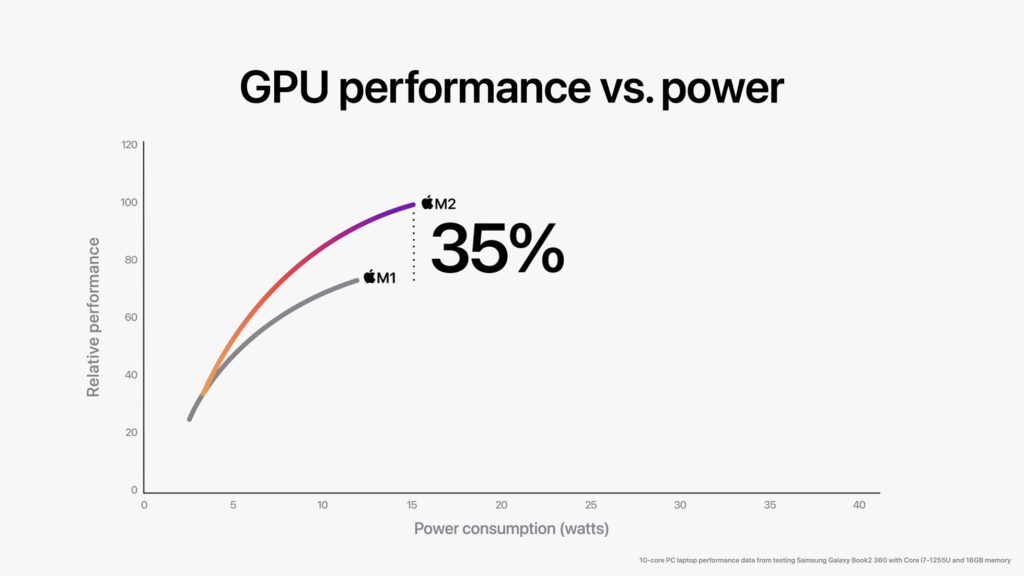 In comparison with the Samsung device mentioned above, the biggest differences become apparent. Because where the M2 applies its maximum GPU performance, it is already 2,3 times as powerful as the laptop with PC technology. In addition, their maximum performance is already achieved with a fifth of the power consumption.

What else is new about Apple's M2 chip?

In addition to the overviews, figures and comparisons, Apple also offers a list of new and improved functions of the M2 chip. Not only have the individual elements of the M1 been expanded and made more efficient - new components have also been added. Overall, the following overview of innovations and improvements in the M2 results:

In addition to the M2 and the extensive information about it, Apple during the WWDC22 Keynote devices equipped with the chip were of course also presented on Monday. The new MacBook Pro with Touch Bar was less discussed than the new MacBook Air with M2. This even got an elaborate promotional video, which you can watch in the following embedded player: