Do I need antivirus software on the Mac or MacBook? 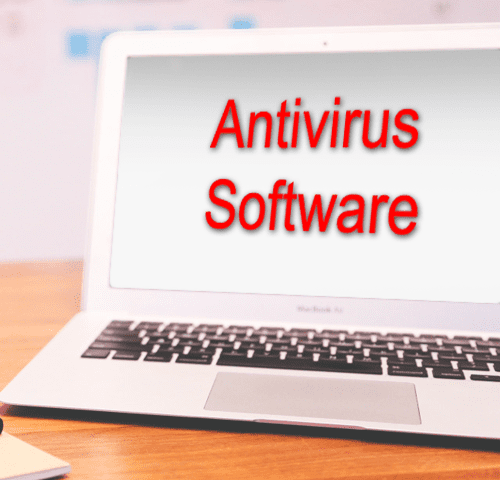 Mac and MacBook have developed from niche and hipster products to mainstream articles, which of course also makes Apple devices attractive targets for hackers, viruses, malware, ransomware, adware and the like. So the question is whether to go for the Mac or the MacBook actually one antivirus Software needed, entitled. Is Apple's in-house protection (still) sufficient? And where can I get the additional software? I would like to answer these and other questions for you here.

Before your MacBook is threatened by adware, malware, viruses or other sources of danger, an antivirus program could be worthwhile. Tips and suggestions can be found here; Output graphic: startupstockphotos.com

Apple users from the very beginning have long heard that one of the great advantages of Mac, MacBook and Co. is the fact that they do not require anti-virus software. Apple's in-house protection on the system used is completely sufficient. And the apps from the official sources do not pose a threat either, as they have been extensively checked.

In addition - and the Apple power users are right - that anti-virus software gets stuck deep into the system and often leads to problems in everyday life. Moving e-mails sometimes takes noticeably longer or warning messages are displayed on websites that are not dangerous at all. All annoyances that make life difficult and that might not even be necessary.

Reasons against a virus scanner on the Mac

The whole thing - at least the size of the threat - has changed in recent years. Apple devices are getting more and more attention - from users, the media and from criminal subjects. New apps are also created every day, which makes mistakes and malicious scripts "in sheep's clothing" possible from time to time. And Apple's built-in protection also has its limits, as has been seen as a hacker over one manipulated Xcode installation (Xcode-Ghost) smuggled malware into the tightly controlled app store.

Standard programs from OS X and macOS help, but only to a limited extent

Of course, the newer versions of the operating system for Mac and MacBook also run background programs that always scan the computer, check for malware and either warn or react immediately if it is found. These Apple programs also block certain apps or sources of apps. In any case, it is only recommended to use the Mac App Store to download programs. In addition to the apps, virus and other malicious software but can also get onto the computer through page views in the browser, email attachments, connected storage media and the like.

For experienced users who know how to assess phishing attacks and strange messages in the browser, there is perhaps less danger, but especially inexperienced beginners (and here I am thinking of the generation of my parents in particular) are perhaps not yet prepared for the clever scams that the internet keeps ready for you every day. From my point of view, an antivirus program for Macs is particularly recommended for beginners who also do online banking on the Mac.

Does Sir Apfelot use a virus scanner?

To this day I have not installed any anti-virus software - I only installed the Malwarebytes scanner once to get rid of adware or tracking software that had secretly installed itself with some other program. Otherwise, I trust that I will recognize an attack or malware. But I work "on the Internet" for many hours every day and know when a warning message while surfing is an attempt to take over my Mac and when an email from Amazon or my bank is a phishing attack. And honestly, it's really hard to see sometimes. ;)

Antivirus software for the Mac at a low price

Here I would like to show you good antivirus software for the Mac or MacBook. I picked out four providers. Their antivirus programs for Apple operating systems can be downloaded / ordered from the respective providers' websites as well as partially from Amazon. These are the different offers:

Malewarebytes, Intego, Kaspersky and Bitdefender - in the list you will find the links to the best antivirus programs for OS X and macOS from Apple. Image sources: the linked provider pages

Install antivirus scanners as a precaution or only if they are infected?

As a general rule, it is better to be safe than sorry. Because the threat is not only in malware, adware and viruses, which make the system run slower and may show unpleasant advertisements here and there. Really aggressive ransomware encrypts the entire hard drive and then shows you the contact (website, PayPal account, etc.) of the hackers to whom you should transfer a ransom in order to receive a decryption code for your data.

So it is important to be able to treat the Mac in case of doubt, but even more important to "vaccinate" it and to strengthen the system in advance, because this way most attacks are already intercepted and cannot cause any damage to data.

My personal recommendation is: If you are unsure or if you believe the warning messages on some websites, which try to elicit your admin password through fear and horror, then you should perhaps get support through anti-virus software. Anyone who knows most of the attacks that bad boys use to try to take over the Mac can fall back on Malwarebytes if they are suspected or if necessary and then remove it again.

With the increasing number of users on Mac and MacBook, there is also increasing interest on the part of criminal subjects who are after system damage, aggressive advertising or ransom. The in-house protection from Apple is therefore - in my opinion - no longer sufficient for the "normal Mac user" and should be supplemented by a good anti-virus program. Which one you use is more a matter of taste, because each of the programs is suitable in itself, but they have different packages with various licenses on offer. That would be a "good and cheap" recommendation from me McAfee package, as it has also integrated a good spam filter against advertising emails and also works well as virus protection.