By posting about the Removing non-Latin fonts am I - directed by a comment from a reader - to the app "monolingual" caught on. He said you could use it to remove those fonts too. That's why I took a look at the app. Spoilers in advance: The app does not change the fonts and therefore does not help if you want to delete unnecessary fonts from the system.

Open-source and available for free on GitHub

The app is relatively old and has also been further developed for the latest macOS systems. If you want to download it, you will find it as DMG file on GitHub.

Since you have to give the app admin rights so that it can do its job, it's nice to see that the developer makes the code openly available. I can't see what's happening there because I can't read the code, but I'm relatively sure that it would be noticed if a malicious script were hidden in the app here. 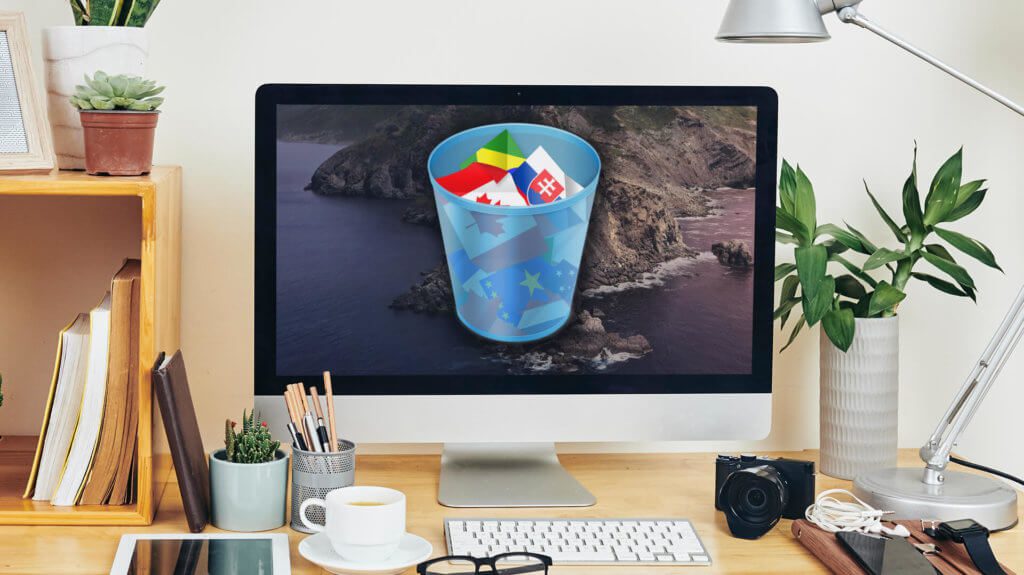 The free "Monolingual" tool can be used to remove language packs from the Mac that do not correspond to the system language used.

The main goal of Monolingual: to save storage space

The developer writes that Monolingual is intended to remove unnecessary linguistic resources from the Mac. All kinds of programs come with language files for all kinds of languages ​​in the world and ultimately the user only uses a few of them. In my case, German and English are sufficient for me.

Monolingual is a program for removing unnecessary language resources from macOS, in order to reclaim several hundred megabytes of disk space.

The app now scans the Mac for such files and removes them permanently, saving storage space. The apps in the programs folder are also processed, as can be seen during the scanning process. Removing such language files is particularly useful if you have to cope with a small SSD in the Mac that is always chronically full anyway.

Remove code for other processor architectures

If you want to tidy up even more, you can also look at the second tab "Architectures" in the app. Here you can remove code parts for processor architectures that do not run on your own Mac anyway. In my case, this is everything except “Intel 64 Bit”, which the tool already preselects on its own. 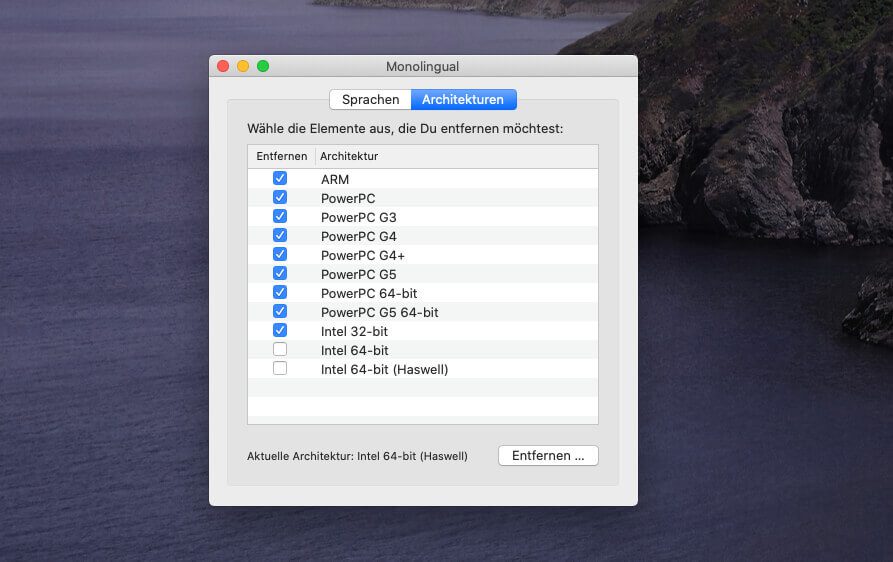 Monolingual can also be used to remove parts of code that were developed for specific processor architectures.

Unsightly: After deleting the Mac hangs

I tried the Monolingual tool on my MacBook Pro with macOS Catalina - of course after I had a bootable backup with Carbon Copy Cloner created. Deleting the language packs went smoothly for me. It took a good four to five minutes, but then I got a message that the packages had been removed.

Things looked different when the unnecessary processor architectures were removed. The progress bar filled up relatively quickly, but then the Mac hung for several minutes. After about 15 minutes, Monolingual was suddenly no longer active in the dock (possibly crashed) and my Mac no longer responded to any input. The mouse could still be moved, but the "spinning beachball of death" ran incessantly.

The restart did not bring any improvement and so I have another one Restart in safe mode pushed up. After this was through and I restarted for the third time, the Mac was back to how it was before. Phew! 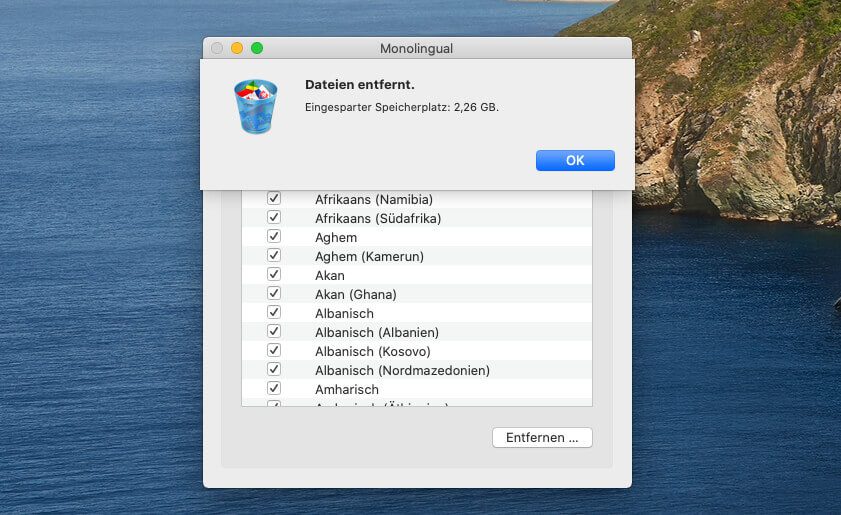 The app itself says it saved over 2 GB of data. However, my view shows only 1,5 GB - which is also always true: It is also not enough for my view.

Of course, I looked at the hard drive usage before and after running Monolingual. The result looks like this:

I have to say that the whole action and the risk of something going wrong or having long-term consequences from damaged system files are not worth it from my point of view, if you look at the space gained.

With both options, Monolingual only saved a total of 1,5 GB of storage space on my hard drive. That's not really a lot when you have a 1TB hard drive.

If you really want to clean up your Mac properly in order to have more space on the hard drive, you should take a look at the following apps:

In addition to CleanMyMac, DaisyDisk is regularly my tool of choice when it comes to unmasking memory hogs (Photo: DaisyDisk).

I have had good experiences with CleanMyMac. Even the "Scan" button (the autopilot, so to speak) often cleans up many GB of data without actually attacking personal data. I just started it again as a test and CleanMyMac had found over 16 GB of data that could be removed. The good thing about it: After removing it, the Mac continued to run flawlessly (as always) and did not hang up. 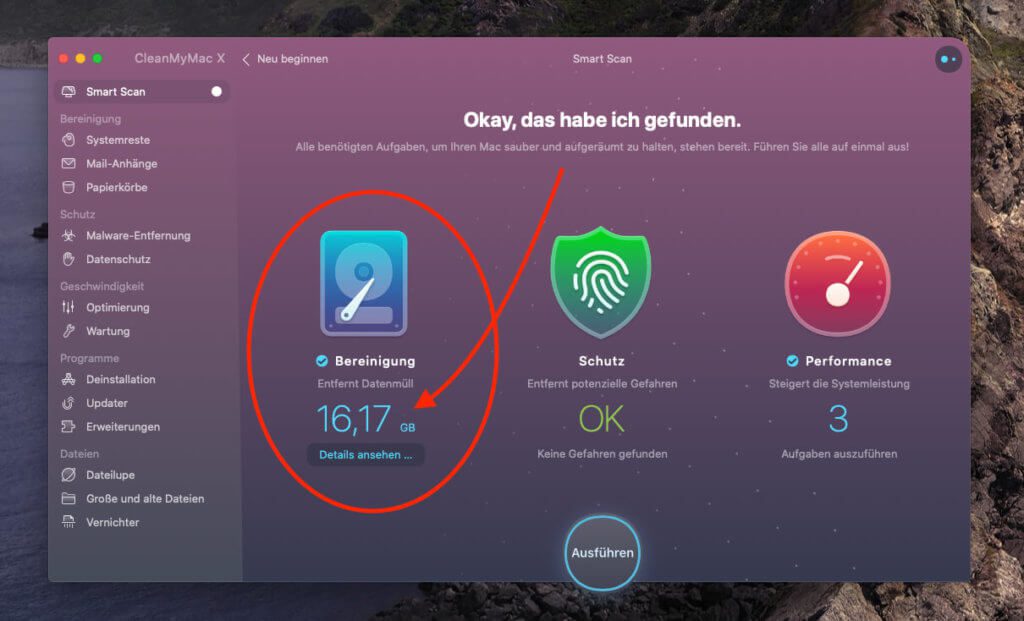 With just one click, CleanMyMac saves me over 16 GB of hard drive space - it couldn't be better.

DaisyDisk is a nice addition to this, as you can see the hard drive's memory usage graphically and quickly see where large folders and files take up space. You can then look at these one by one and, if necessary, mark them for deletion and then start the big cleaning.

I haven't been able to try Disk Inventory yet, but it has been recommended on various websites. In addition, it is not commercial and - in contrast to CleanMyMac and DaisyDisk - is available for free.