Mac app Rewind: The last 60 seconds of your Mac desktop as a video 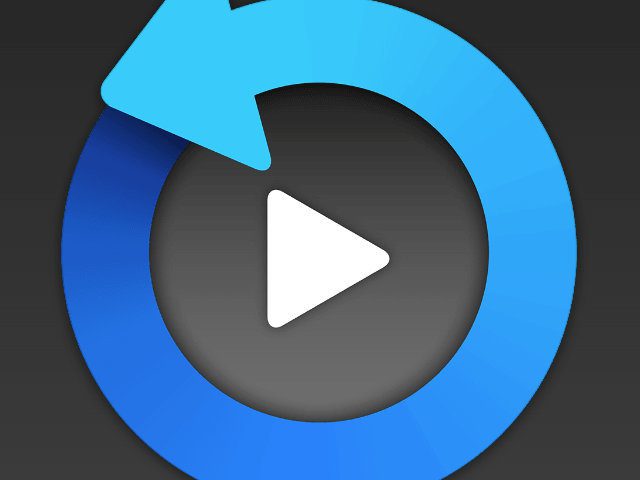 From the developer group Araelium there is the so-called Rewind App. After activation, this constantly records the Mac desktop so that you can quickly and easily access the last 60 seconds. If you as a developer find a rare bug or something unexpected happens in the game, you can rewind a minute via the macOS menu bar or a key combination and also output it as a video. Once created, the screen recording can then be cut and / or shared - on YouTube, Vimeo, Facebook, Flickr, by email, AirDrop and so on.

The Rewind app for the Apple Mac records the procedure under macOS and, if desired, plays back the last 60 seconds - output as a video file is also possible.

You can find the rewind download on the developer website; the trial version is free and the full version costs $ 10. The Rewind app is compatible with Mac OS X El Capitan and newer macOS versions. The resolution and frame rate, i.e. the number of images per second, can be set in the settings. You can also specify whether the system audio and / or the internal microphone should also be recorded. According to the developers, the video encoding supported by the hardware (Mac models from 2011 or newer) is also accessed in order to save battery and processor power.

Via menu bar or key combination: You can rewind 1 to 3 minutes at any time.

Rewind and DejaVideo in comparison

I already met you recently the DejaVideo Mac app presented. This also allows the last 60 seconds of Apple Mac usage to be output immediately. This is the same as Rewind's default settings, but you can also set it up to 180 seconds. The biggest disadvantage for DejaVideo when comparing the apps is that the software scales the desktop image 50% smaller and also only with 3 fps, i.e. three frames per second. So which software you choose depends heavily on the end use of the recordings: larger video with details or smaller video with the most important content. 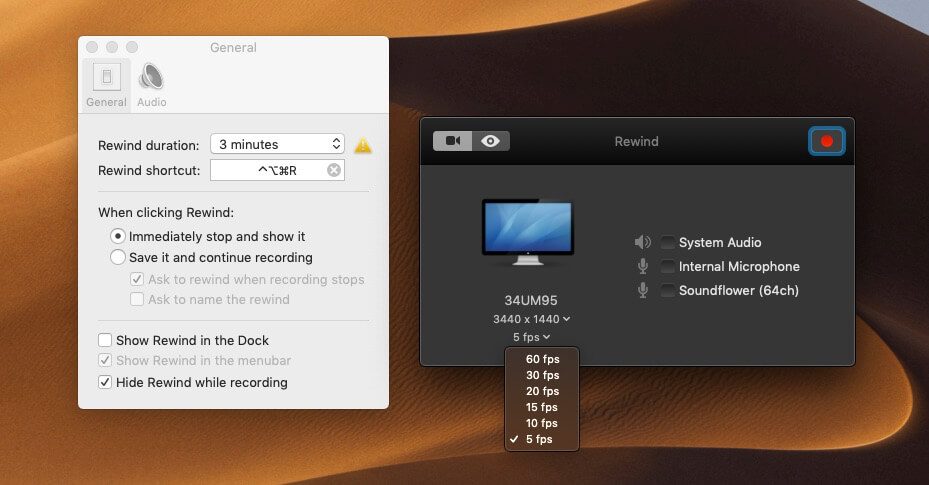 The length of the recording, resolution, frame rate and more can be set in the settings.

If you are looking for software with which you want to record the procedure on the Apple Mac with a high frame rate and resolution for a long time (e.g. for Let's Play videos or tutorials), then take a look Movavi Screen Recorder at. You are also welcome to leave your opinion on the Rewind app and its alternatives as a comment;)