Mac error message for network storage (NAS drives): Volume could not be opened 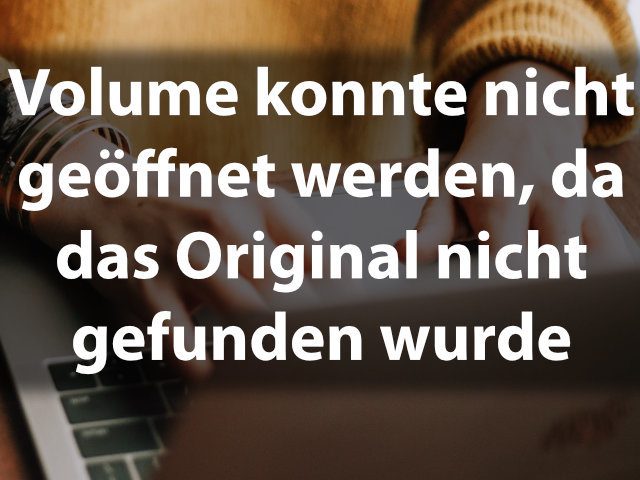 If you use external storage on your Apple Mac, iMac or MacBook, such as a hard drive integrated into the network or a NAS system, you may be familiar with the system error message Volume could not be opened because the original could not be found from macOS. Often the only solution to the problem is a restart of the computer. How you can regain access to network hard drives without switching your computer off and on is what I have put together as a little Mac guide.

The error message "Volume could not be opened because the original was not found" is between you and the network hard drive / NAS? This macOS trick will help!

Volume could not be opened

The problem with the error message “Volume could not be opened because the original could not be found” is not peculiar to macOS 10.13 High Sierra, but has been known for several generations of Mac OS X and newer versions of the operating system from Apple computers. Restarting the machine can help here for renewed access to the NAS system or network hard drive or another storage device in the network. However, this interrupts the workflow and is therefore not particularly recommended. Another, more convenient option is to Finder to restart. To do this, you need to open the "Quit programs immediately" window.

Under Windows there is the bracket handle Ctrl + Alt + Del; on the Mac there are several ways to use the functions of the "Task Manager", as described in the article on Activity indicator in macOS listed. A quick fix to the volume not found problem comes from the keyboard shortcut cmd + alt + esc. This calls up the "Quit now" menu. Have you done that, the following window opens, in which you select the Finder and then click on "Restart". Once the Finder has restarted, you should be able to access the network hard drive or NAS again - without the error message Volume could not be opened because the original could not be found in between;) 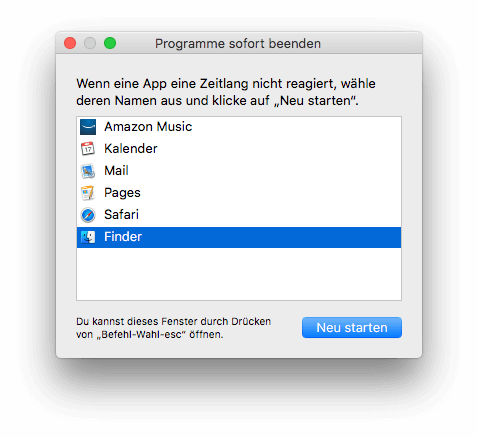 Help on the Mac: Restarting the Finder can help if the network storage cannot be used.

Today my reader Anja wrote to me that she had found an alternative way to solve the problem with the "Volume cannot be opened" error in NAS storage. Her solution:

Obviously, this is how you get to your destination without much pretense. Thanks for your tip, Anja!