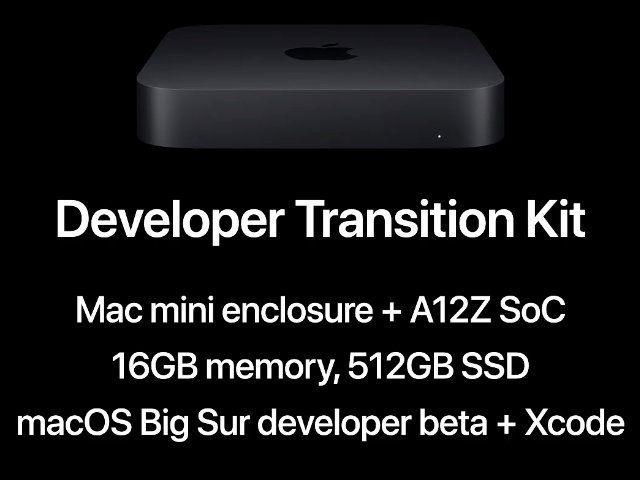 As a developer, you want to take a look at Apple's new hardware in order to adapt your Mac app to the new ARM processor (Apple Silicon)? Then you certainly want to order the Mac mini Developer Kit, which was presented yesterday at the WWDC20 Keynote. Where you that Developer transition kit in the Mac mini housing you get what you have to pay attention to and what else is in the Universal App Quick Start Program is included, I have summarized that for you in this guide. As a developer, you can be well informed on the new hardware and on macOS 11.0 BigSur work towards.

Buy the Mac mini Developer Kit in the Apple Store? It doesn't just work that way. First you have to apply for the Universal App Quick Start Program. If you are selected, you can order a Developer Transition Kit with Apple Silicon SoC and macOS 11.0 Big Sur.

The Mac mini developer kit Actually means Developer transition kit and offers the new Apple hardware in the form of an ARM processor called "Apple Silicon" in a housing that is very similar to the small desktop Mac from 2018. The biggest innovation is the abandonment of an Intel processor and the use of the A12Z chip. In addition, the first beta of macOS Big Sur is preinstalled. Here are the technical data shown yesterday at the WWDC20 keynote:

In addition to the new hardware, the first version of macOS 11.0 Big Sur released by Apple is already installed on the hardware. What the new operating system is all about and how the new Apple Silicon SoC came about, which is supposed to replace the Intel processors in upcoming Macs, you can read in mine WWDC20 Keynote Summary.

Book the Universal App Quick Start Program and get started

You cannot just buy the developer kit in the housing of the Mac mini from the Apple Shop. Due to the limited availability, you have to apply for it first, although it is an advantage if you can already show an app in the Mac App Store.

But the hardware is part of a whole program that also includes beta software, developer labs, private forums, technical support and other resources for developers. The whole thing is also available in Germany, Austria and Switzerland. If you are selected, you will have to pay a one-time fee of $ 500.

All information, the possibility to apply and further links can be found at developer.apple.com/programs/universal/ - click there on the "Apply now" button to submit your application. If you are selected, you will receive a link that you can use to buy into the program.

The information about the application there:

Submit a brief application for an opportunity to join the program. Selected developers will receive a link to order the Universal App Quick Start Program from the online Apple Store. Priority will be given to applicants with an existing macOS application, as availability is limited.