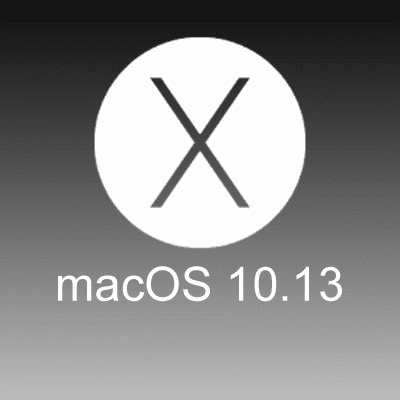 The new macOS 10.13 for Apple devices shouldn't be long in coming in 2017; "Death Valley", "Napa Valley" and so on, the next version of macOS is already being named by some sources. However, the name has not really been decided yet, and it is also rather secondary. What should be more important for you as a user are the changes that the next big update will bring with it. So much in advance: it is becoming apparent that the Mac world will slowly but surely have to give way to the mobile iOS world. 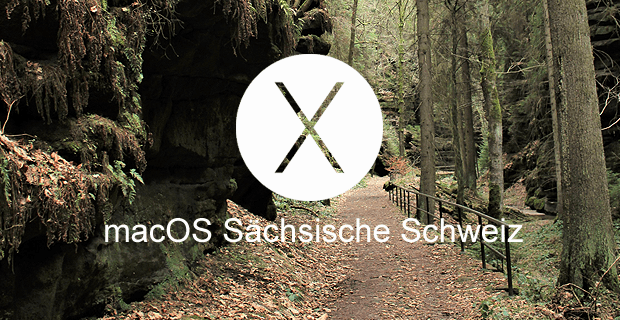 No name has yet been set for macOS 10.13. How about macOS Saxon Switzerland? (Background photo: Johannes Domke)

It wasn't until September 2016 that Apple presented the new operating system for Mac devices. OS X became macOS (again) and version 10.12 brought new features, changes and a few Compatibility issues. According to some sources, version 10.13, which will soon be available fundamentally change the user experience, the system itself and also some known functions. In this post I would like to show you the latest rumors and their justifications. What is emerging is Apple's turning away from the Mac world and its hardware, as well as moving closer to the world of mobile devices such as iPhone and iPad.

The current version of macOS is 13 published on December 2016, 10.12.2. The current preliminary version macOS Sierra 14 (Beta 2016) has been available since December 10.12.3, 2. The completely new version of the Mac operating system can be expected at the annual Apple events. Looking sideways at the ideas of macworld.co.uk this results in this conceivable scenario:

In autumn 2017 the new macOS 10.13 High Sierra officially rolled out. It's a shame that the new Apple operating system is not called "macOS Saxon Switzerland". Anyway, I have all the information and which models of Mac, iMac and MacBook are compatible with macOS 10.13 summarized here. (End of update)

Automation Technologies will be sawed off and probably replaced by Siri

Automation, simplification, professional use and customization - you could and can do that with the Apple script as well as with the automator Realize in OS X and macOS. Back in November last year but the position of the manager of Mac Automation was deleted; Sal Soghoian, who has been in this profession since 1997 left the company from Cupertino. Siri is now supposed to take the place of the two named system programs. For the average consumer, of course, easier and for iPhone users something familiar on the Mac. But for previous (and professional) users of the Mac it is certainly a setback.

APFS is supposed to replace HFS +: old Macs and 32 bit systems are dying out

At WWDC 2016, Apple's new file system was named APFS presented. With the update to macOS 10.13, this system could already be fully compatible with systems. It replaces the previous HFS + system. In addition, (next to the hardware) with the system also backup solutions like time Machine pulped. Snapshots, snapshots of the system to be read only, and Clones, i.e. changeable system images, are introduced. In addition, backups are more and more about the iCloud run - with the new operating system, perhaps exclusively. A shame for those with a slow internet connection.

MacBook Pro is becoming a better iPad, isn't it?

It is becoming apparent that the current MacBook Pro sets a trend among Mac products with its Touch Bar. Maybe get Mac and iMac a corresponding keyboard solution. At least that would fit the rumor that that Dock on macOS 10.13 is removed. The bar at the bottom of the screen would then become one Display of the most frequently used programs on the Touch Bar give way. The screen would be freer and would also be more reminiscent of the iPad's display. The user base in both areas would become blurred - although more complex programs for image and video editing, software development and so on are more likely to belong to the Mac than to the mobile sector.

At Apple, there is already a major cut in terms of fixed hardware. It is still unclear whether and when Mac, iMac, MacBook and Co will completely disappear from the portfolio. With the new operating system for computers and laptops from Apple, however, another step could be taken towards merging with iOS. Smartphones and tablets are currently more relevant on the market anyway. Apps are already for the new year a reason for Appleto bring this area further into focus.