Today I received an email from "Mishu", a reader who had a little "mishap" while installing his Mac. I have summarized the content here accordingly:

I set up my Mac from scratch today, but when I set it up I didn't select "APFS", but rather "APFS - upper / lower case". I noticed this because the installation of the Adobe CC installer did not work.

What disadvantages will I get with other apps? Can I change that to "APFS" afterwards? Or should I create a backup, set up the computer again with "APFS" and then restore it from the backup?

Oh s *** t. I have the stupid feeling that at some point something will fly around my ears. Can someone help or enlighten? 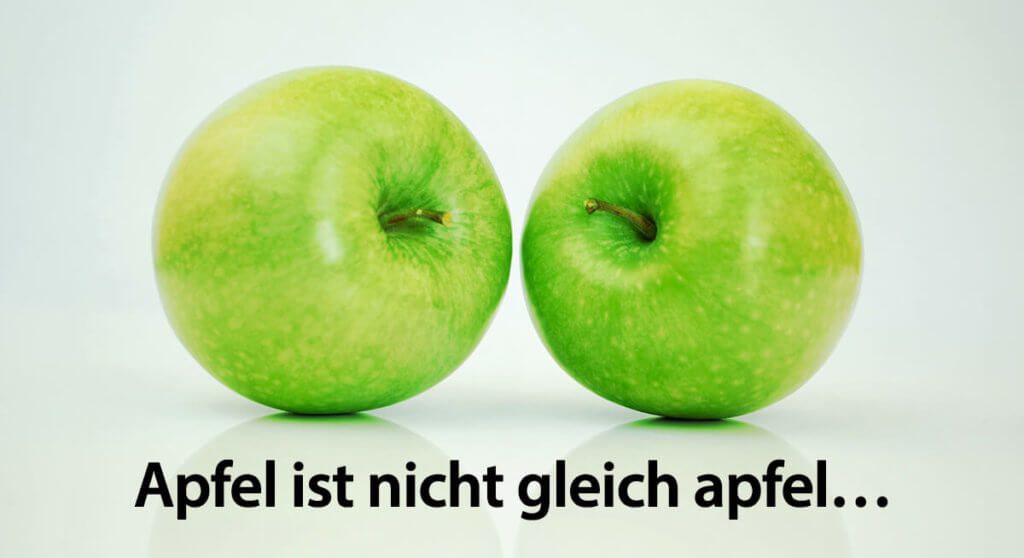 Not all apples are the same - what are the advantages of differentiating between large. and lower case in macOS?

Not all apples are the same ...

I still know the problem with the distinction between upper and lower case letters from hostings that ran either under Linux or under Windows. While Linux servers are case-sensitive and report a file as "not available" if you have linked to "apple.jpg" instead of "apple.jpg", a Windows computer usually doesn't care .

As long as I've known the Mac, there is no difference between upper and lower case and the startup disk of new Macs is always formatted WITHOUT this option. Developers who write software for the macOS platform (such as Adobe) are accordingly preparing for the fact that the Mac is more "accommodating" when it comes to file names. Linux is actually more precise here, because a "Mal" is something different than a "Mal", but we are here with macOS and there one is more tolerant with the file names.

In einem Forum I found the following explanation:

[…] The upper / lower case variant actually only has disadvantages for desktop systems / notebooks. For example, many Adobe products cannot be installed with it (e.g. the current Photoshop Elements). And then that with FileVault. And so on.

Extended upper / lower case can do just that: In a folder e.g. B. Save "amarok" and "Amarok" and "aMarok" as three files. But if a program assumes that it is not case-sensitive, there are problems.

So format to Extended WITHOUT upper / lower case letters, then everything should do. That may change in the next few years, but right now? So you just have less stress.

So: The recommendation is: Always format the hard disk WITHOUT this distinction between upper and lower case. Personally, I am also not aware of any advantage of this option.

With which file system does Apple deliver the Macs?

I have often wondered what the "upper and lower case" option is for, but so far for "security reasons" I have only ever used the normal HFS + and APFS variants when formatting the hard disks, as these are standard by Apple itself used by the Macs that ship them. But how do you get the startup volume on APFS without the case-sensitive option, without having to set everything up from scratch?

Conversion to APFS with backup software

The solution is: an external hard drive and a Backup program like SuperDuper or Carbon Copy Cloner to use. The external hard drive is first formatted with the hard disk service program to the "APFS" format (case-insensitive!), Because most of the time the hard drives are supplied by the manufacturer in ExFAT format. If that doesn't work right away, there is here are instructions.

Then the software copies a bootable backup from the system hard drive to the external hard drive.

In the next step we boot the Mac from the external hard drive (hold down the "ALT" key when starting the system until a selection appears) and see whether all important data is still available. This should usually be the case, as the backup programs check the data after creating the backup.

If it has started up properly, the installation with the Adobe CC Installer should run through cleanly and you have a "risk-free file system" at the start.