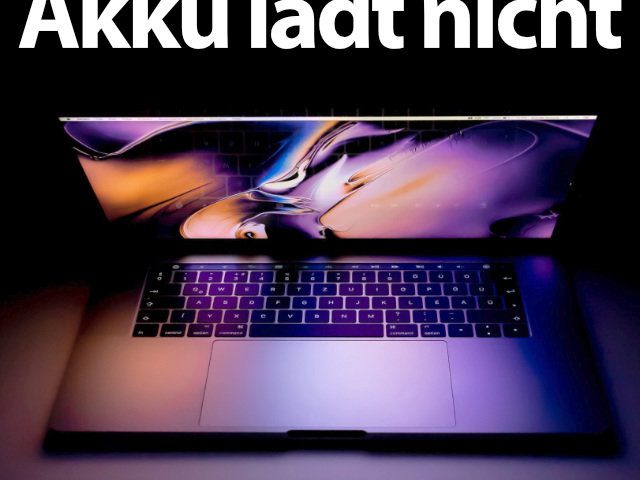 In early June, Apple macOS 10.15.5 Rolled out on compatible Mac models. The update for the operating system called Catalina brought, for example, the "battery status management" to newer MacBooks with Thunderbolt 3 ports. The function ensures that the battery is charged more gently and in accordance with usage behavior. The message “Battery not charging” or “Not Charging” in English can be quite normal. For example, if the charging process is interrupted for overheating protection. If the MacBook battery is not charging, it may according to Apple, but also have one or two other causes.

MacBook battery does not charge even though the charger is connected

Newer Apple MacBooks with a Thunderbolt 3 connection or several such connections can use the battery status management feature that was rolled out with macOS Catalina 10.15.5. It ensures better charging of the MacBook battery by measuring various parameters (e.g. temperature of the battery) and analyzing usage (always on the power supply unit, sometimes on the power supply unit, for how long without a mains connection, etc.)

And that can mean that the battery is not (yet) charged when the laptop is connected to the mains or in between. Instead, in the extended battery display, i.e. in the battery status menu, the message Battery does not charge displayed. The charge level can also stop at a certain percentage; depending on the analyzed usage e.g. B. at 80% or so.

The battery status management is a deliberate and sensible reason why the MacBook battery is no longer charged. If you want to charge it quickly in order to have the maximum usage time on the go, then simply deactivate the feature. Then you should still see that Battery does not charge is displayed, the problem is likely elsewhere. This also applies to other MacBook models. Because the notebook battery does not charge, then probably because there is too little power.

For example, if you are using a charger that is too weak or a cable that is not compatible with the required performance, then this may be the problem. If you're using a Thunderbolt 3 dock, there may not be a charging port for a USB-C charging cable (which is rarely the case). What you can and should check if the Mac notebook cannot be charged via the USB-C power supply is shown by Apple in the support document HT204652 .