macOS Big Sur: How to Participate in the Public Beta Program 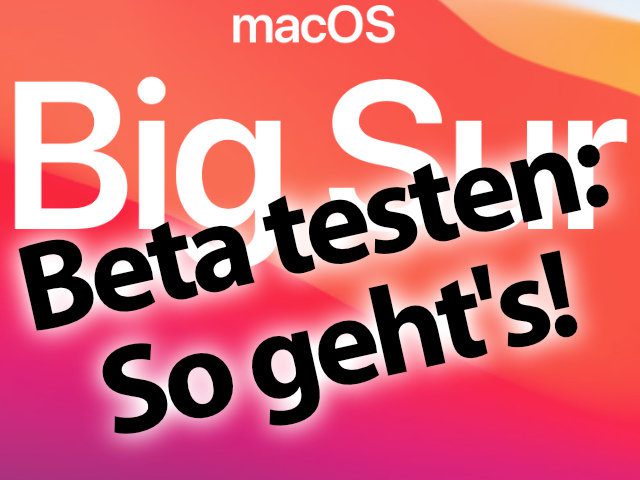 Apple fans have been waiting for macOS 11.0 Big Sur since it was launched in June. If you want to use the operating system now, you can use the public beta. But how do you participate in Apple's public beta program? You can find the answer to this question as well as a few more information in this guide. Trying out the current beta of macOS Big Sur can help you, among other things, to know all the features for the release or not to take the official release with you due to problems and to stay with Catalina.

You finally want to test macOS 11.0 Big Sur? Then the Apple Beta Software Program is for you. You can find out where to find it and how to get the betas here.

The technology giant from Cupertino officially calls its offer to try out the upcoming operating systems "Apple Beta Software Program". This does not only apply to macOS, but also to iOS, iPadOS, watchOS and tvOS. In order to test one, several or all beta versions, you have to register - you can do this on this page: https://beta.apple.com/sp/de/betaprogram/. Of course, the offer is not only intended for the fun of fans, but to find bugs and errors in the beta versions of the systems. It says:

Help us make the next versions of iOS, iPadOS, macOS, tvOS and watchOS even better. As a participant in the Apple Beta Software Program, you can help improve Apple software by pre-testing and sharing your experiences with us.

The first time macOS Big Sur played a role here on the blog in June. At that time, Apple's first completely digital WWDC started with a keynote, in which macOS 11.0 was presented, among other things. In addition to the local information, you will also get a preview of the new Mac system through the Apple's preview page.

Before you dive into the topic completely and register your Mac, iMac or MacBook so that you can run a preliminary version of Big Sur on it, you can check the compatibility of your computer with the new OS here: macOS Big Sur - These Mac models are compatible (detailed list).

If you have any further questions, I recommend the official Apple FAQ linked above.