After the release of macOS Catalina, the switch to 64-bit software has made even more scanner users cry than was the case with macOS Mojave. The reason is that the scanner manufacturers have not converted their software to 64-bit - even though Apple has been pointing out this change for years.

Many users of scanners and multifunctional devices are justifiably angry, because in some cases even new models that Mac users only bought three months ago no longer work with the current Apple operating system. Understandably, you feel a little let down. 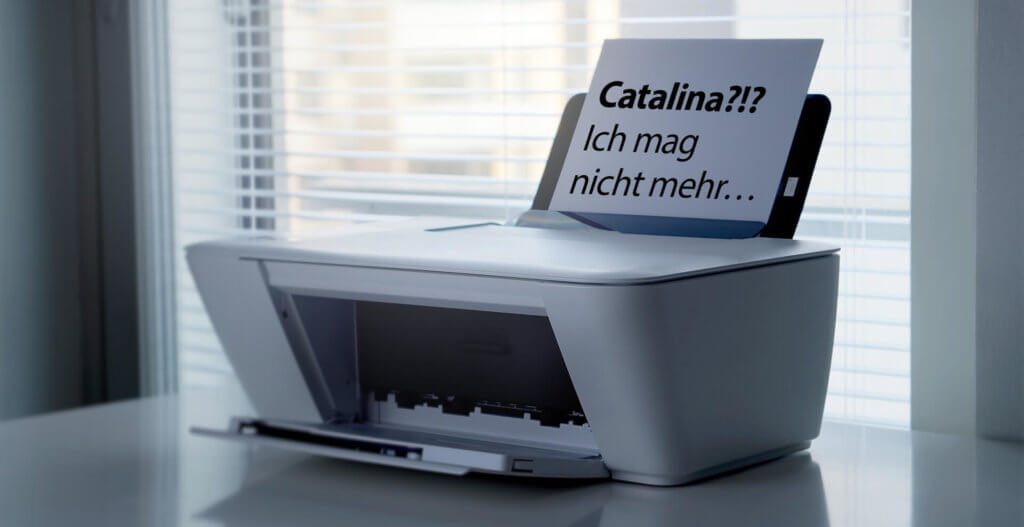 macOS Catalina made thousands of scanners that were still working under Mojave unusable in one fell swoop. The change to 64-bit alone did this.

Today I came across a Mac app that some readers shouldn't be familiar with either: VueScan.

This app is a software solution that runs under macOS Catalina and enables the use of scanners for which there may not be any drivers or suitable scan software from the manufacturer.

With VueScan, you can bypass all the pain that you otherwise have when you switch to a new macOS. Every year you shiver again and hope that Brother, Epson, HP or whatever the manufacturer is, will soon offer a new version of the scanning software.

If you use your scanner with VueScan instead, you are no longer dependent on the unreliable repairs from the manufacturers and can continue to operate your scanner without problems - even if Apple suddenly no longer supports 32-bit apps, as is the case with macOS Catalina the case is. VueScan naturally runs with 64-bit and is therefore fully compatible with macOS Catalina. 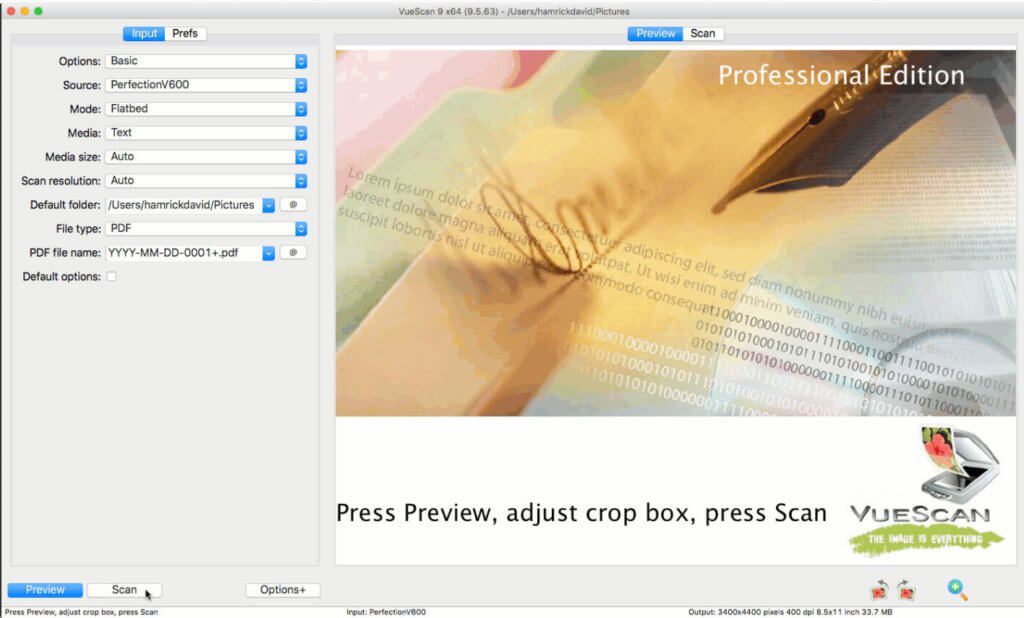 VueScan enables the setting of file name specifications, output formats such as PDF and takes a lot of work off the scan process thanks to the automatic specifications.

At first I thought VueScan is a software similar to SilverFast that has built-in drivers for all kinds of scanners. Technically, however, there is a difference, because while SilverFast installs the drivers supplied by the manufacturers, the VueScan team takes the trouble to reconstruct the drivers from the manufacturers - including those from old scanner models.

This means that drivers that were originally only available in 32-bit can be used by VueScan in 64-bit environments. The software makes it possible that over 6000 scanner models work with the latest macOS. There are new updates every one to two weeks.

By reconstructing scanner drivers, VueScan even supports old models that manufacturers no longer waste time on.

While most Mac users complain about the Catalina update, the managing director of Hamrick Software is happy - for his company and for the users. He comments on the rapidly increasing awareness of VueScan through macOS Catalina:

We have seen a massive increase in the number of people trying our free trial version over the past few days, VueScan lets people to continue using their scanners on Catalina, saving the environment and saving money - good on both counts.

And in fact, that's how I see it. I've had inquiries from readers willing to throw their old scanner into the electrical waste and asking me for a recommendation for a scanner that works with Catalina. The good news: It is very likely that you do not need a new scanner, you only have to pay a one-time fee for VueScan in order to have your scanner supported by new operating system versions - also in the future.

I would love to hear from you for prices, features and further information to the VueScan website refer. So much more: The software is translated into 28 languages ​​and of course also available in German.

You can find a demo of VueScan ..

Important: VueScan is available in standard and premium editions. Anyone who owns an automatic document scanner or feeder scanner must inevitably buy the expensive premium edition. The "small" version unfortunately only supports flatbed scanners (@Swen: Thanks for the hint!).

The following brands are among the supported scanner models:

My conclusion on VueScan

I don't see how I could overlook VueScan for so many years. This software does a great service for the environment as it means that users do not have to dispose of their technically flawless scanners because of missing drivers.

I don't know how I managed to overlook VueScan for so many years. This software does a great service to the environment by allowing users not to have to dispose of their technically flawless scanners because of missing drivers. - Sir Apfelot

Alone for mine Fujitsu iX500 document scanner (It still runs under Catalina, but the lack of support from new drivers is foreseeable) to be able to continue using VueScan, because these scanners quickly cost between 300 and 500 euros. And the scanner is so integrated into my daily workflow that I could hardly do without it for a day.