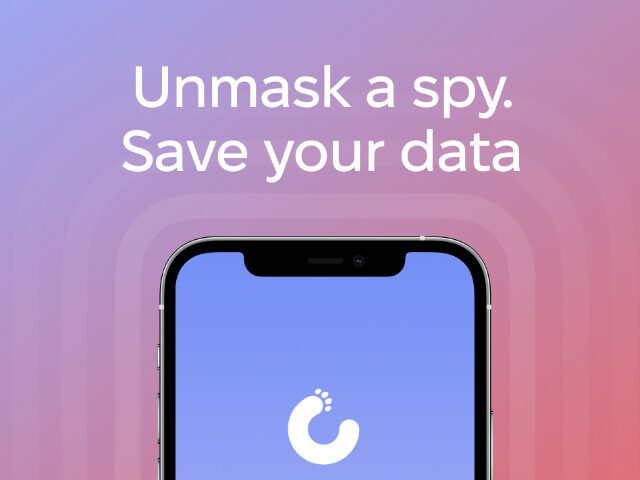 We've had MacPaw's SpyBuster as a topic here on the blog several times. After the publication of free app for macOS in March, SpyBuster came out in June as Browser extension for Google Chrome out of here. There is now one too SpyBuster feature in the CleanMyMac X app by MacPaw. The next logical step is now an iOSApp; and this is now available to you free of charge in the App Store for the Apple iPhone (from iOS 14). SpyBuster also scans the installed apps and network connections on the smartphone for Russian or Belarusian origin. It also shows how apps can be deleted.

After the SpyBuster Mac App, the Google Chrome extension and the integration of the scanner into CleanMyMac X, it is now coming to the Apple iPhone. From iOS 14 you can use the SpyBuster app to check the installed apps for connections to Russia or Belarus.

After downloading it from the App Store, you can use the SpyBuster app on iPhone to scan the apps installed on the device. They are checked for connections to Russia or Belarus. The app then shows whether and which programs come from these countries or at least maintain a connection to servers located there. This is important, MacPaw emphasizes again and again, because the Russian government has access to the data on the servers located in the country at any time due to laws created specifically for this purpose. Accordingly, personal data can be read out arbitrarily. 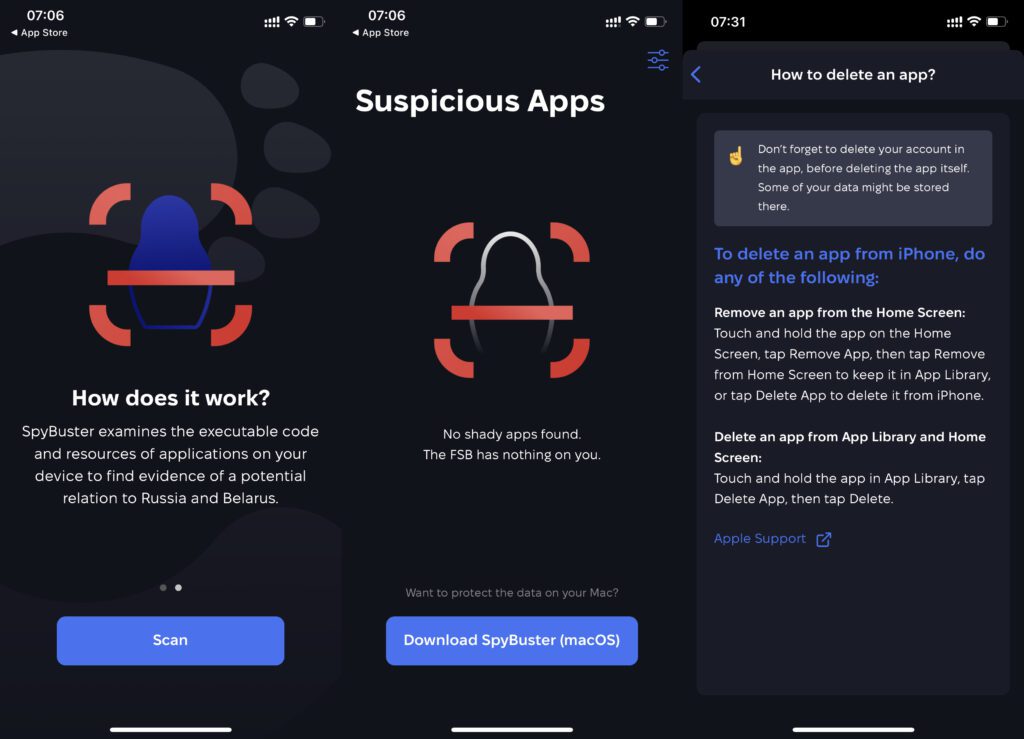 Tried it myself: There are no suspicious apps on my iPhone. You can also find information about uninstalling apps at any time in the menu of the MacPaw offer. Currently only in English.

Instructions for uninstalling apps are included

As you can see from the screenshots embedded above, apart from scanning the installed apps on the iPhone, there are also some info materials in the SpyBuster app. If you tap on the menu or controller symbol in the top right corner, you will get to the program menu. If you tap on “How to delete an app?”, the last of the three windows shown will appear. The tip placed at the top to delete any user accounts in the app in question before uninstalling is very good. It then shows that you can delete an app from the home screen and from the app library. So far, the app is only available in English. You can find the download here.