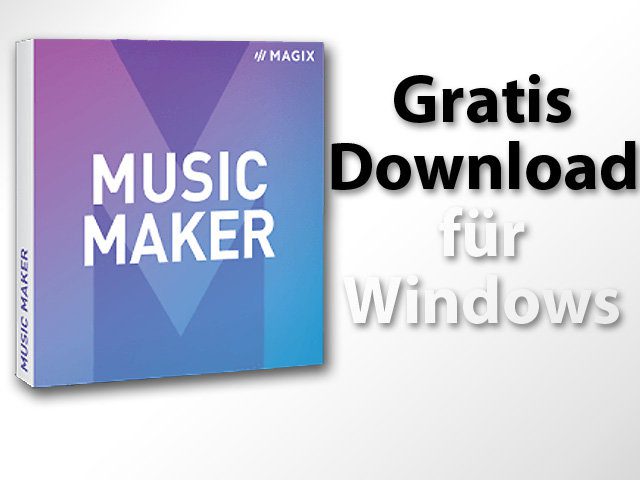 MAGIX Music Maker has been available free of charge since 2017; you can legally download, install and use the music software for free. Where you can find the download, what it brings you and more about the app can be found in this short guide. But here's a note: The program for making music on the computer is made for the Windows PC. However, you can use it on the Apple Mac if you install a Windows version with Parallels Desktop or Boot Camp in addition to macOS. But now to the MAGIX Music Maker free download. 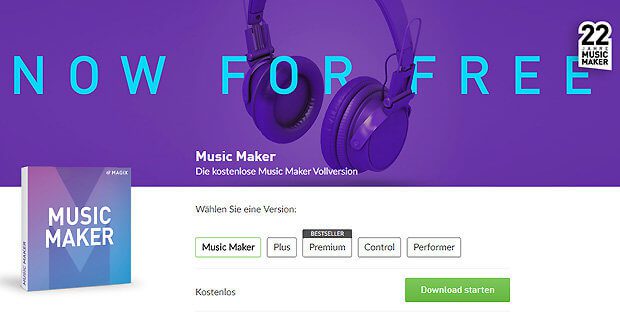 You can find the MAGIX Music Maker Free Download on the official product page. Free software for making music from a professional provider.

You can find MAGIX Music Maker as a free download since 2017 on the official website of the developer, who also offers numerous other software. In addition to the downloads for MAGIX Music Maker, there is also an app or several apps for video and photo editing, design, web design and more. Video Pro X, Video Deluxe Plus, Photo & Graphic Designer, etc. are well known names. But by the time you've landed on this post, you will most likely want to make music above all else. And the MAGIX Music Maker software is more than suitable for making music on the computer. You can find the download here:

Note: The landing page may show you the Plus, Premium, Control or Performer version of the software. Simply switch to the standard version "Music Maker" on the page that can be reached via the link, and the free download will be displayed;)

The free Music Maker full version of MAGIX contains the main program, in which you can arrange, mix and improve sounds, loops, vocals, recordings, audio tracks, sounds, effects and more and output them as audio files, these features:

There are a few minimum system requirements for using MAGIX Music Maker that your PC or Mac should have. The CPU (processor) should rattle with at least 2 GHz and the RAM (memory) should be at least 2GB in size. The graphics card should have a resolution of at least 1.280 x 768 pixels and a sound card must of course also be on board. You need 700MB of storage space on the hard drive just for MAGIX Music Maker in the free standard version. The Windows 7, 8 or 10 operating system is also required to install and use the MAGIX Music Maker software.

As you have already read above, in addition to the free version of MAGIX Music Maker, there are also Plus, Premium and other editions. These bring a greater range of features and supported file formats - as well as more tracks, sounds, loops and so on. The Music Maker Free Edition is compatible with these file formats:

Other formats from the plus version

Formats such as MP3, AIFF, FLAC, BMP and JPG can only be used for import and export from the Plus version. The plus version of MAGIX Music Maker is not free, but can be purchased as a new version for € 59,99 or as an upgrade for € 49. The current “Crazy November” promotion, which gives you additional packages for free, makes the software even more attractive: sounds, functions and instruments worth € 299 are added for free. You can find the download on this campaign page:

Do you use the Music Maker?

Do you have Music Maker running on a Windows PC or via Parallels Desktop or Boot Camp on an Apple Mac / MacBook? How satisfied are you and which version is your favorite? Feel free to leave a comment about the Music Maker - whether Standard, Plus, Premium, Control, Studio, Live or any other version;)