Malwarebytes 3.0 is out: Anti-Virus, Anti-Ransomware, Anti-Exploit, and Web Protection 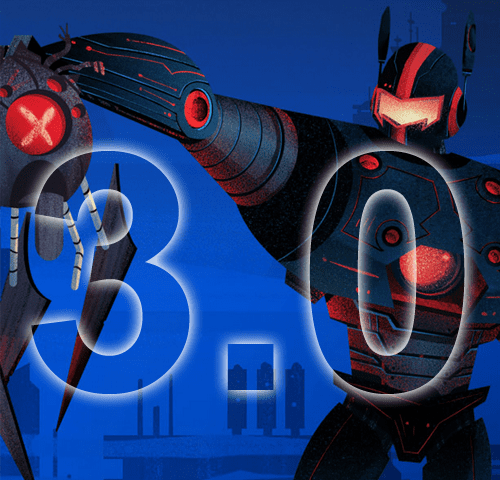 Malwarebytes 3.0 or Malwarebytes 3.0 Premium the cyber security company and software maker of the same name is out; the revised protection software promises four different modules against malware, spyware, viruses and rootkits. With the new overall package, basically every other program from the division becomes obsolete - nevertheless, the developers have also developed Malwarebytes 3.0 in such a way that it can run parallel to other antivirus programs. That all sounds very good, only one question remains: When is the version for OS X or macOS coming?

Malwarebytes 3.0 Premium protects against viruses, ransomware and other threats. The new all-round protection should offer the best protection currently available against attacks from the network. Image: Screenshot from malwarebytes.com

This is Malwarebytes 3.0 (Premium) in short

"Our engineers have made your defenses even better against advanced threats. Malwarebytes 3.0 now offers four modules for combating malware“, It says on the German website of the provider. These four modules are - also according to the website - the following:

As has been done with Malwarebytes so far, there is a free trial version with a few permanent and several temporary components. In order to be able to use the latter over a longer period of time, the premium version is required. After 14 days, these components of the trial version become obsolete: real-time protection, anti-exploit, anti-ransomware, protection against malicious websites. Anti-malware / anti-spyware and the anti-rootkit are retained.

The Malwarebytes download can be implemented directly on the provider's website. There is a choice between a test version and the premium version. Image: Screenshot from malwarebytes.com

Questions and answers about the new Malwarebytes version

In einem Blog Malwarebytes CEO Marcin Kleczynski not only presented the program, but also answered several questions in the form of an FAQ. In addition, interested parties and users can ask questions under the blog post. Here I would like to translate a few important comments from the post for you:

Can I replace my antivirus with Malwarebytes 3.0 Premium?
Yes; 50% of users have already done this. The new program offers all the necessary protection against various threats, including viruses.

I already have an anti-malware subscription. How much do i have to pay?
There are no extra costs. The previous (cheaper) subscription costs remain, even if you upgrade to 3.0.

I have an Anti-Malware Lifetime License - does it also apply to 3.0?
Yes. Simply install the new version and off you go.

Operating system: when is Malwarebytes 3.0 Premium for Mac coming?

Already a month ago I got you guys Antivirus and other anti-malware software for Mac presented. This is also becoming more and more important, since Apple products from the iMac to the MacBook to the iPhone, iPad and iPod have long been targets of attack by cyber criminals. The devices have advanced from the hipster module to the mainstream and are therefore worth a detour for rip-offs and troublemakers. So I think the question is justified: When will full Malwarebytes protection for Apple systems come? 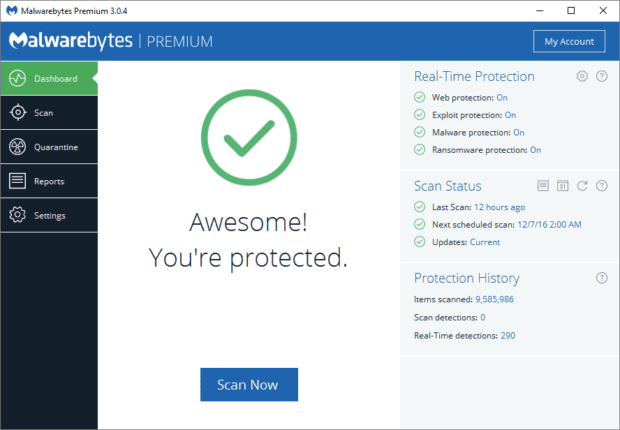 So far, only the Windows versions from Windows XP to Windows 10 have been supported by the all-round protection, which can even more or less replace a firewall. For Mac there is "only" the anti-malware program with an anti-Adware-Component. The current protection, which will also be available for companies from 2017, cannot yet be used by Mac users with OS X or macOS. Corresponding questions under the linked blog entry have not yet been answered. (Status: December 13, 2016)

Apple Boot Camp or Parallels you can also run Windows on the Mac, quite simply alongside the current Apple operating system. But running two systems on the Mac just to max out an anti-malware program ... that may be too much (unnecessary) hassle. If you have other uses for Windows on the Mac, then you can think about using Malwarebytes on the system to scan the hard drives from the Microsoft operating system. The catch: The program is of course mainly designed for Windows attackers. It is questionable whether it “learns” to also fight OS X or macOS attackers.

More information in the video