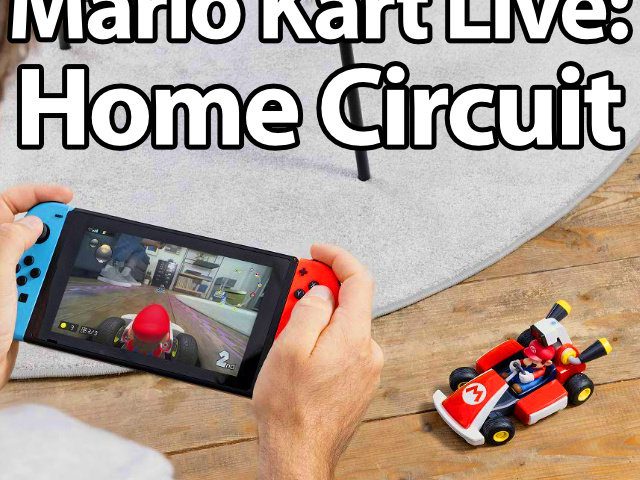 Nintendo is currently celebrating the 35th birthday of Super Mario. For the anniversary of “Super Mario Bros.” from 1985 there are among others Mario Kart Live: Home Circuit as an offer for the Switch. This is not a new title in the main series of the racing game, but a special augmented reality version. In this post, I'll introduce you to both the Mario and Luigi sets. You can find more (limited) anniversary offers from Nintendo here: 35 years of Super Mario - new games, consoles and limited offers.

Mario Kart Live: Home Circuit will go on sale on October 16, 2020, but can be pre-ordered now. Here you can find information about the sets with Mario and Luigi.

The special edition of the series of games known and loved since the SNES will officially appear on October 16, 2020. After the Super Nintendo Entertainment System, the N64, the GameCube, the DS and 3DS as well as the Wii and the Switch, you can use the latter to get Mario and Luigi send in AR races. A set of racing cars and accessories is available for this.

Remote-controlled cars with cameras are used for the AR implementation. Their image is brought to the switch display or television in real time and supplemented with digital elements. Of course, the real cars that drive around on your floor will stop if they are hit by an item (Red Shell, Blue Shell, etc.). They also accelerate when a mushroom or other benefit item is used.

The Mario set you can pre-order here; the Luigi set is available at this point.

In addition to the remote-controlled car in white and red with Mario in the cockpit or in white and green with Luigi in the cockpit, the scope of delivery includes a charging cable and several stands. The software helps the software to understand the route created on the floor and, for example, to indicate the direction of a curve. In addition to simple circuits, complex routes are also possible in the living room (or the whole apartment), as you can see in the video below.

The scope of delivery includes a remote-controlled car with camera, a charging cable, six stands and the instructions for the Mario Kart Live: Home Circuit Download. A software module is not included.

There are also gates that are driven through and z. B. specify the number of laps. A software module is not included in the scope of delivery. The Mario Kart Live: Home Circuit You can download it using the enclosed instructions in the Nintendo eShop on your Switch console. But you don't have to pay anything extra for this, the software is of course included in the price. The 109 euros are well worth it for this.

Trailer with an insight into the structure of the route, special functions and more

And here is a video that illuminates the course structure and the special functions of the software. This makes it clear that this is not just a gimmick that gets boring again after five minutes. It's about a creative tool that can be used to create individual routes with a wide variety of speed and difficulty levels.