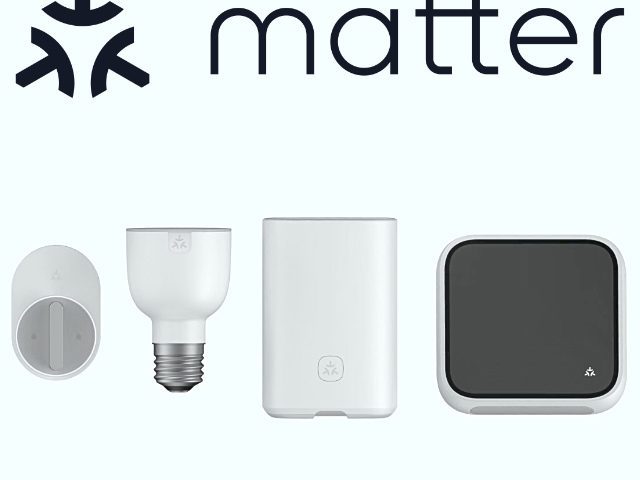 Matter is to serve as a new, manufacturer-independent smart home standard that includes Apple products and offers from other manufacturers in the HomeKit. Matter is developed and managed by the Connectivity Standards Alliance (CSA), which consists of over 160 companies. In addition to Apple, Samsung, IKEA, OSRAM, Bosch, Siemens, Sonos, Toshiba, Xiaomi, Amazon, Huawei, Google and many others are also involved. The first Matter devices for the smart home should be available at the end of 2021. The CSA is not only aimed at private users, but also at real estate planners and housing administrators. Further details and useful links on the topic can be found below.

Matter is the new smart home standard of the Connectivity Standards Alliance (CSA). This bundles the efforts of 160+ companies such as Apple, Google, Amazon, Bosch, Texas Instruments, Siemens, and many more. The first devices are expected to hit the market at the end of 2021.

Matter - This is the new smart home standard

The CSA emerges from the ZigBee Alliance founded in 2002, including one press release from May 11, 2021. The report also indicates that the first devices certified for the new Matter standard should come onto the market towards the end of the year.

With the common standard, the devices should work with many other systems and devices as well as work with numerous control systems. Whether via Alexa, the Google Assistant, HomeKit and Siri or via another technology - the use of Matter products should be universally possible.

The Connectivity Standards Alliance uses Wi-Fi and Thread for the Matter standard; communication between the devices is IP-based. With the technology, an overarching and thereby designated as safe system is offered, which is supposed to have a promising future.

Matter is to be used in rental apartments and houses so that not just one, but several generations of tenants can be provided with an extensively usable smart home environment. In order not to limit the deployment to a regional level or to allow regional splits to arise, there is not only the global CSA, but also their cooperation with the World Economic Forum (WEF) and the Council on the Connected World.

More information about Matter and the CSA

You can find out more about Matter as the new smart home standard as well as information about the companies involved, the technology solutions and resources for developers and (upcoming) products on the respective websites. Next zigbeealliance.org (old website) you can go to csa-iot.org (new website) well read. In addition, the Connectivity Standards Alliance is on various social networks such as LinkedIn, Twitter and represented on Facebook. You can find the YouTube channel with the latest videos about CSA and Matter - as well as old videos from the ZigBee Alliance with this link.