The operating system for Apple Mac, iMac and MacBook will soon be available macOS 10.13 High Sierra published, in which there may be restrictions, functional failures and other problems for Microsoft Office 2011 and Microsoft Office 2016 up to version 15.34. I would like to present you details, possible solutions and a not so simple or cheap work-around in this guide article.

Microsoft's Office support will be discontinued for the 2011 version and functionality is questionable even with the 2016 version under macOS 10.13 High Sierra. Details, alternatives and more in this post!

Microsoft has released a support notice for its office suite that could be sobering ... and probably is for all of you who use Word, PowerPoint, Outlook and Co. on the Mac. Because with the new Apple operating system macOS 10.13 High Sierra there are restrictions on the use and support of the program collection for schoolchildren, students, private and business people. The document available here applies to these program versions: Office 365 Small Business, Office Home, Excel 2016 for Mac, Outlook 2016 for Mac, PowerPoint 2016 for Mac, Word 2016 for Mac, OneNote 2016 for Mac, Office 2016 for Mac.

Do you want to know which version of Office you are using? Click here!

Before I get to the details, here is a note for those of you who use Office for Mac 2011: Microsoft has saved itself from testing the programs Word, Excel, PowerPoint, Lync and Outlook under a beta of macOS 10.13. Among other things, because support for the 2011 version will be discontinued on October 10, 2017 anyway. It is possible that the programs no longer work at all after upgrading the Apple operating system.

Microsoft office programs of the 2016 version

In the document linked above, there is a distinction between versions up to 15.34 and the more recent versions from 15.35. In the case of the older versions, it is pointed out that the programs Word, Excel, PowerPoint, Outlook, OneNote and Co. are not supported. The start and the severely restricted or unstable use may work; however, the corresponding app may not start at all. Outlook will not start under any circumstances, instead there is this friendly hint:

“Word, Excel, PowerPoint, Outlook and OneNote are installed and running under 10.13. Not all Office functions may be available; you may experience stability issues and apps exit unexpectedly. No formal support for this Office configuration is available during the beta phase of Mac OS 10.13 High Sierra. "

A backup of the existing data is "urgently" recommended by Microsoft before testing the software in the new system. In addition, the software forge advises that feedback should be sent in the event of problems. You can find details about this on the page linked above.

Office 365 as an alternative

If you are now thinking about dropping the Office versions shown above and looking for alternatives, then you can theoretically search in the same environment right away. Because with Office 365 You can download the latest versions of Word, Excel, PowerPoint and OneNote as well as Outlook, depending on the package. Here I have selected different packages for you with and without a subscription: 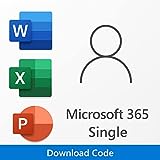 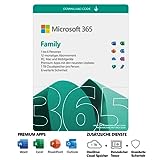 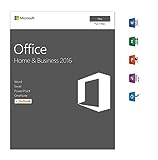 Microsoft Office Mac Home and Business
Permanent license for the Mac, for private and commercial use. On the Amazon product page you can also find the Home and Student version, which does not contain Outlook / Publisher / Access, but is 60 euros cheaper.
Buy it at Amazon Price includes VAT, plus shipping costs (updated: 23.05.2022 at 15: 40 clock)

On macOS 10.13 High Sierra, for the MacBook Pro with Touch Bar and on many other innovations Parallels Desktop 13 designed. With this program you can run Windows at the same time as macOS on an Apple computer. So if you want to use MS Office to the full extent and without interference, then you can theoretically install a Windows version with Parallels Desktop and then install the Office version for the MS operating system in it. The big disadvantage: for Parallels Desktop, for Windows and for the Office Suite you have to put money down at least once. So if you don't have two or all three of the components lying around anyway, this work-around can be expensive:

OpenOffice and LibreOffice: Free office software as an alternative

With the programs Writer (Writing program), Impress (Presentation program), Calc (Spreadsheet), Base (Database system), Math (Mathematical formulas in graphical user interface) and Draw (Vector graphics program) is where the free office software OpenOffice comes from. The app collection has long since blossomed from a small insider tip to a competitor for the established programs. If you want to test it out, you will find it here the download for Mac. LibreOffice is similarly equipped and continuously developed. You can find the download of the free office apps with this link.