MyEtherWallet: eWallet iOS app for cryptocurrency is a fake 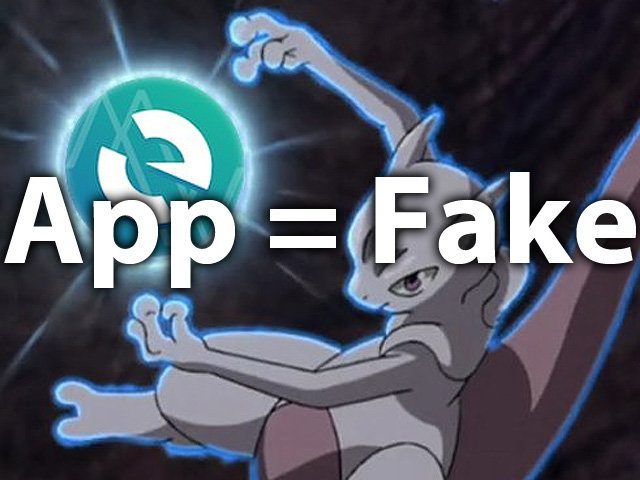 Like the crypto magazine, among others ETHNews reported, there was again an imitation of the digital ether wallet "MyEtherWallet", which is also often abbreviated to the Pokémon name MEW. The iOS app of the same name was available in the Apple App Store until the weekend, and reports say it has reached over 3.000 downloads. It has since been removed from the Apple App Store, with a price of $ 4,99 per download MyEtherWallet.com Wanted to rip off, but already made quite a bit of booty. In addition, private keys may have been requested, which would enable fraudsters to access user wallets.

If you are registered with MyEtherWallet (MEW) and want to know whether an iOS or Android app with the name is real or fake, it is best to follow the Twitter page.

It is not the first time that the offer from MyEtherWallet.com has been copied and users of the crypto platform have been led onto black ice. The question is, however, whether the recurring fakes are “only” about Phishing and rip-offs, or whether the official offer of the said website should be discredited. But not only the image of the portal to the blockchain is scratched, but also that of the app store for iPhone, iPad and iPod Touch. Because actually this is presented as safe and well controlled. Despite all the regulations and controls, there are still fake apps or other dubious offers.

The false MyEtherWallet app has been removed from the iOS store. Finally.

Thank you a TON to everyone who signal boosted this for us, including @verge and @TechCrunch.

Keep your eyes peeled for cryptocurrencies

Everyone can form their own opinion on crypto currencies, their advantages, disadvantages and general benefits. You should only exercise caution when dealing and trading with Bitcoins, Ether and the like. Not every offer is as good as it appears - and not every app really belongs to the respective offer on a website of the same name. So, keep your eyes open when shopping for crypto;)