N64 controller with USB for Mac, PC and Nintendo Switch 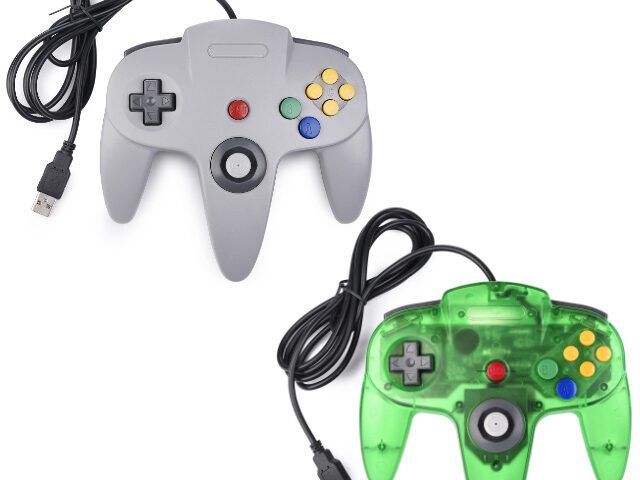 One of the standout video game consoles of the 1990s is the Nintendo 64 (N64). In addition to games like Super Mario 64, Mario Party, The Legend of Zelda: Ocarina of Time or Tony Hawk's Pro Skater, the console's controllers are particularly unforgettable. If you are looking for an N64 controller with USB for use on Apple Mac, Windows PC, Raspberry Pi and the like, I have a recommendation for you below. On the Mac, the gamepad should work from Mac OS X 10.0, on the PC from Windows 98. According to the seller at Amazon, it should also work on the Nintendo Switch.

The miadore N64 controller with USB-A connection for the computer is available from Amazon in gray and green for 19,99 EUR.

miadore N64 controller with USB-A connection for the computer

On Amazon you will find various offers for N64 gamepads with USB-A connection for the Apple Mac, the gaming PC with Windows or the Raspberry Pi. The purchase can be worthwhile on all devices, for example if you use an emulator to read ROMs to play N64 games.

Of course, it can also be used for other video games and applications, such as easy-to-control games from Steam or emulated NES, SNES or Game Boy games. The miadore N64 controller is not only cheap at € 19,99, but is also available in different colors: Gray / Green-transparent. 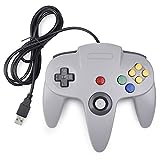 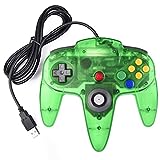 N64 USB gamepad not compatible with Rumble and Transfer Pak

There is a cutout on the bottom or back of the third-party controller with USB port to match the original design. However, there are no connections for a Rumble Pak, Transfer Pak or memory in the slot. You don't need the latter for emulated games either, since the game data is saved in the game file on the computer.

Otherwise, it is of course also important to mention that the gamepad is only one with a USB connection. Connection to the original N64 console is therefore not possible. A 1,7 meter cable is attached to the gamepad for use on a computer or compatible consoles.

The N64 Controller Pak, Rumble Pak, Transfer Pak or other accessories cannot be used with the USB gamepad.

Using the N64 USB controller on the Nintendo Switch?

On the product page linked above for the miadore N64 controller with USB-A connection, there is an area with customer questions and answers. There you will find the question "Will this controller also work on the Nintendo Switch?"- The answer from the dealer is:"This USB N64 controller has been updated and can now be used with Nintendo Switches."

For everyone who would like to try this out, it should be noted that this of course cannot work on the Nintendo Switch Lite because it does not have a USB-A port. On the other hand, there are several such ports on the dock of the standard version. I'll probably order one of the controllers and test the functionality; logically with the Super Mario 64 Remaster.

Reading tip: Replace the analog stick of the N64 controller (with pictures)