Nanoleaf Canvas will be presented at IFA 2018 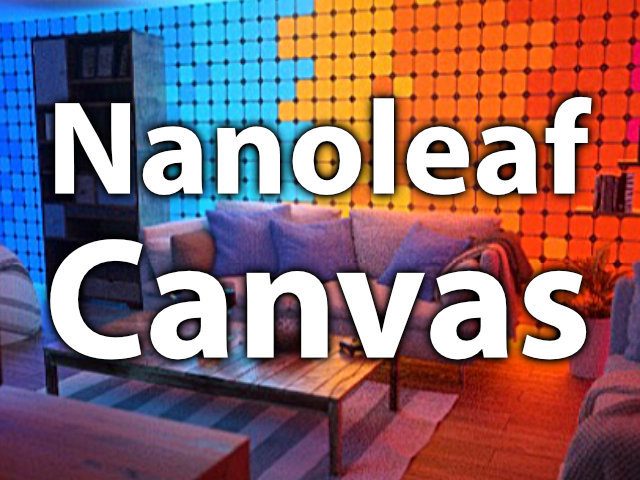 At this year's International Consumer Electronics Fair, IFA 2018, from August 31 to September 5, some exciting technologies and products will again be on display in Berlin. The manufacturer Nanoleaf, who for its Light panels and the relatively new Light remote control in the form of a twelve-sided cube is known, has now announced a new product in advance: the Nanoleaf canvas. The "light squares" with LED technology can be attached to the wall as individual modules and thus form a "canvas", which enables play of light, color changes and even light that reacts to music.

Nanoleaf Canvas - these are new LED modules for individual light in the smart home. They will be available to buy from this winter.

Nanoleaf Canvas, a combination of square light modules, is to be presented at this year's IFA at the end of August / beginning of September and then brought to the European market in winter. According to the manufacturer, the product will be “new modular light squares for even more design options” that are “individually configurable and easily expandable”. Thanks to the touch panels, the “lighting experience can be adapted and personalized to any situation”. The large-area light effect of the Nanoleaf canvas is rounded off by illuminated edges. An integrated rhythm function brings music visualization in real time. 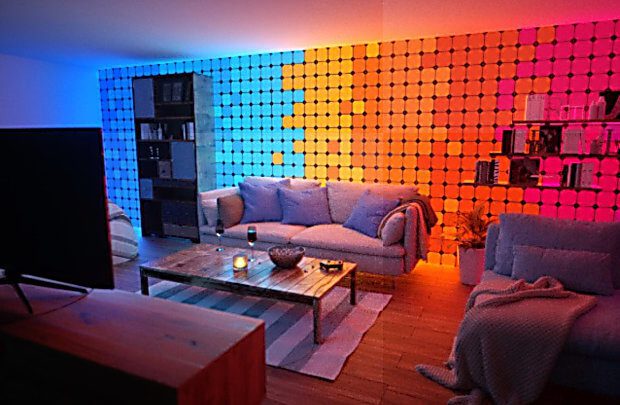 Nanoleaf Canvas was also presented at the CES at the beginning of the year:

Integration into the smart home with app, HomeKit and voice control

In addition to the "Touch Control" function, ie touching or pressing the light squares to switch on, switch off and trigger actions, Nanoleaf Canvas can also be controlled via the Nanoleaf Remote and the Nanoleaf Smarter Series app. In addition, there is integration into the smart home that has already been set up - with HomeKit, among other things. The light elements can be controlled via the Apple Home app on the iPhone or iPad, as well as voice control via Siri.

By the way: In addition to the manufacturer's LED light, you can use the remote cube to control other devices integrated into the Smart Home via HomeKit. Details about the product, an explanatory video and more information can be found in Contribution to the Nanoleaf Remote.

The manufacturer will be on show with its products and especially with the new Nanoleaf Canvas IFA 2018 be present in Berlin. If you are one of the visitors to the trade fair and want to visit the corresponding stand, you will find it here: Hall 26, Stand # 382 in the Hardware Club Pavilion. Information on the compatibility of the previously available products “Nanoleaf Light Panels” and “Nanoleaf Smarter Hub” can also be found on the corresponding website Side of Apple on the subject HomeKit compatibility.

Currently, at the beginning of August 2018, the Nanoleaf Canvas Light Squares are not yet on the market. However, the already existing offers are worth a look, a click and the use of the buy button;) Here is an overview: