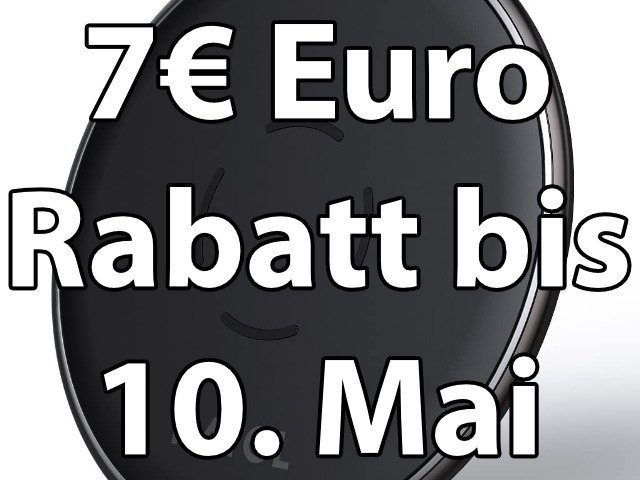 From the manufacturer NATOL there is a Qi charger with 10 W power for wireless charging of iPhone and Co. This actually costs 15,99 euros, but is 7 euros cheaper with a discount code! Qi technology has been used by Apple since the iPhone 8/8 Plus (2016) so that smartphones that have been released since then can be charged wirelessly. In addition, the charging case of the newer Apple AirPods (Pro) can be charged via such a charger.

The NATOL loaders, which can also be used with Samsung, Nokia, Google Nexus and many other smartphones, you get with the discount code KX74WOCK at Amazon until May 10, 2020 for only € 8,99 instead of the regular € 15,99. And May 10th is a good keyword, because it's Mother's Day. Well, maybe this deal is already your gift;)