Netflix movie "The Knight Before Christmas" (Pick of KW51) 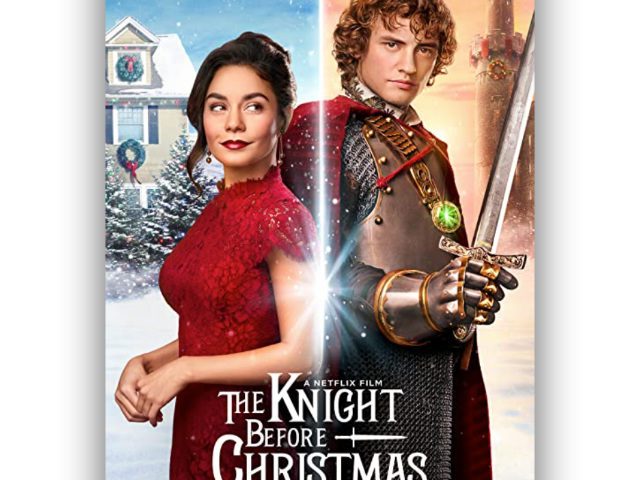 The Knight Before Christmas is a shallow Christmas comedy from 2019 that you can watch on Netflix. So if you are currently looking for a Christmas film for the whole family, then I recommend this one to you. The plot is not very deep, but the characters are adorable and the one or two laughs are also hiding. Directed by Monika Mitchell, the actors include Vanessa Hudgens, Ella Kenion and Josh Whitehouse. In the following a few words about the content, but without major spoilers :)

The Knight Before Christmas - the Christmas film from Netflix is ​​not very demanding, but that's why it is my pick of the week. Just shallow entertainment for the holidays.

The plot of The Knight Before Christmas

The film "The Knight Before Christmas", which you can stream on Netflix, is about the knight Sir Cole, who was promoted from England in the 14th century to today's USA. There he first has to find his way around and also fulfill his "quest" by the end of December 24th (at least in the English-language original setting).

It is not entirely clear to him what the quest is. The usual twists and turns of a shallow comedy follow and, of course, everything turns out well in the end. However, there is then another twist, and his companion, who has only been left behind, is happy in the end. The last scene gives hope for a second part, which may appear on Netflix at some point.

Reviews and description of the "cheap TV optics"

Do not be discouraged by the mixed to disappointed reviews, which are addressed in the Wikipedia article on "The Knight Before Christmas". It is shown that Metacritics only achieved a score of 4,8 out of 10. In addition, the review quoted on the Filmstarts website, according to which a "cheap TV optics"Is used, but the film is a"easy to digest fantasy comedy for the holidays“Is - because that's why it's my pick of the week!

The plot is clear, there isn't a very large cast, the whole thing seems calm and only has as many rom-com elements as necessary. In addition, the film has an FSK-6 rating and can be watched with the whole family. But it is also fun alone, as a couple, with friends and so on. I think you can overlook the sometimes really not very demanding set optics and just let yourself be carried away by the easy story.

What do you think about it? Will “The Knight Before Christmas” be on your watchlist? Feel free to leave a comment on the topic :)