New Macs on the way: Apple event in October 2016

Well, it's only a matter of time before Apple comes out with new Macs. If you look at the Mac Pro (the arithmetic servant in the trash can design), which has now been on the market unchanged for over 1000 days, then you have to say that two years ago would have been a good date for an update. But to be honest, I'm less interested in the Mac Pro ...

My focus is on the new MacBook Pro, which is rumored to have such a chic touch bar. This is attached above the keyboard and should be freely programmable. With it you can then tinker together displays, buttons and controls for a specific program - an exciting idea, I think. And my MacBook Pro is from 2012 anyway and can slowly use a replacement - although it still accompanies me through everyday work without complaint. 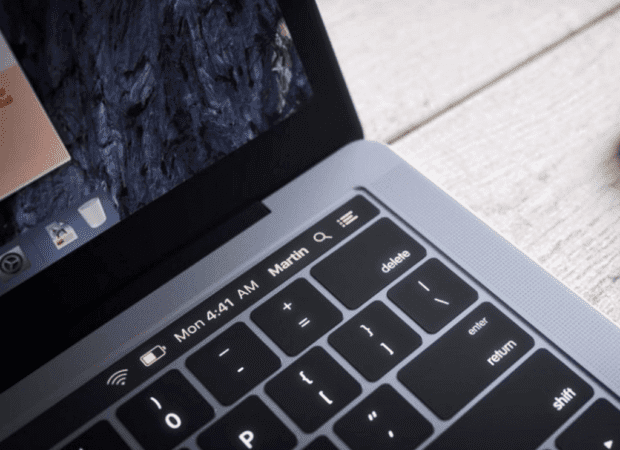 The touch-sensitive OLED bar above the keyboard is (presumably) freely programmable on the MacBook Pro 2016 and can display information such as the battery level, WLAN strength and time (source: theapplepost.com).

So far Apple has not announced anything itself, but an author of the site has theapplepost.com dropped the appointment once. He did not link or name any sources either, but he speaks of "several sources" that have confirmed this date:

According to multiple sources, Monday 24th October is predicted to be the date chosen to unveil the new Macbook Pro to the public, with many speculating Apple will also unveil a 5K stand-alone display to replace the dated Apple Thunderbolt Display.

What can we expect at the Mac Apple Event?

There are also many rumors in this context. Some of these - like the new MacBook Pro - are likely to be relatively secure, while others - like the external 5K display - are more wishful thinking. But here is the summary of the possibilities:

The keyboard of the MacBook Pro should be particularly exciting, because the OLED bar virtually replaces the row of function keys that are currently placed above the numbers. But if you take a closer look, you will notice that there is another important key at the top left: the Escape key! Now there are the wildest rumors about what Apple is doing with this key, since it is "in the way" of the OLED bar. From the installation in the touch bar to the exchange for the "degree key" underneath (which would then be omitted), everything is included. So it remains exciting. ;-)