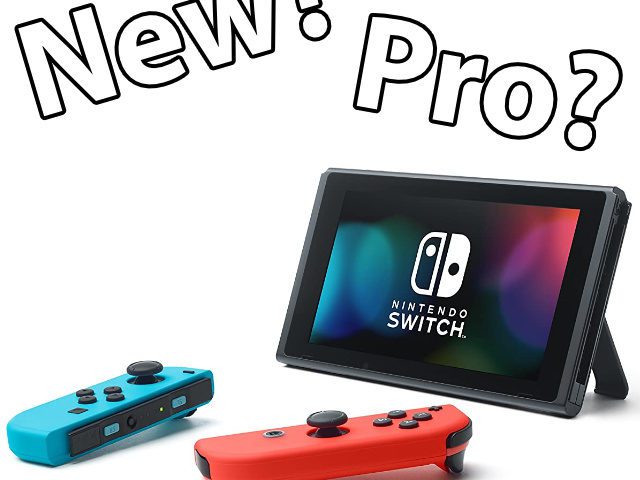 While Apple fans have already noted June 7th as the date for innovations from the technology manufacturer in their calendar, Nintendo fans are waiting impatiently. Because this year an improved version of the Nintendo Switch is to appear, which should deliver more power, a larger display with OLED technology and 4K resolution in TV mode. Information on Twitter now indicates that their market launch is imminent. Screenshots and links to the Mexican Amazon were shared via the Nintendeal account, where a “New Nintendo Switch Pro” was listed for a short time. A performance can be expected for the E3 period (June 12th to 15th).

New Nintendo Switch Pro - The new console was briefly listed in the Mexican version of Amazon. Information about the revised console from Japan, the possible release, the games and E3 can be found here.

New Nintendo Switch (Pro) - These notes are there

You can find the Twitter thread from Nintendeal, in which the first more specific information about the new Switch model from Nintendo was shared with this link. It is interesting that the product set as a dummy was named “New Nintendo Switch Pro”, but only the abbreviation “nnsw” can be found in the link. So one can assume that the "Pro" will not appear in the name of the new console in the end. A price was apparently not published - so it is currently only possible to speculate about it. Apparently there should be different versions and also game placeholders.

The URL slugs "dummyasin-nnsw-2021-013" and "dummyasin-nnsw-2021-014" indicate that there will be several models (maybe again different colors of the Joy-Cons). There are also placeholders for games, as can be seen in the Twitter thread linked above. So "dummyasin-pokemon-2021-006" should stand for the new Pokémon Legends: Arceus. Much more interesting is "dummyasin-e3-2020-153" for Mario Kart Live. Because there is the abbreviation E3 in it, which could stand for the video game fair, which takes place from June 12th to 15th, 2021. So it is possible that not only games, but also the New Nintendo Switch will be presented. The "new" is already known from New Nintendo 3DS XL.