New Pokémon Snap - sequel to the N64 classic is out today 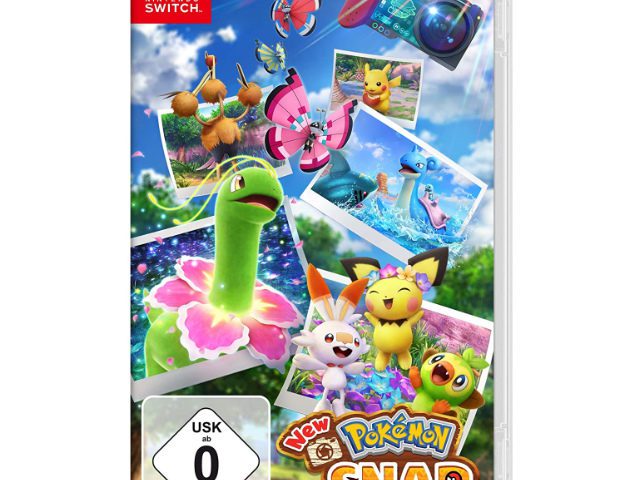 Appears today new pokemon snap, the long-awaited successor to Pokémon Snap, released for the Nintendo 1999 in 64. The aim of the game is, among other things, to take photos of Pokémon in the best possible way and to put them in scene. The players can visit different islands and go on a photo safari there. Over 200 Pokémon can be discovered in the various ecosystems - there are beaches, meadows, deserts, jungles, the sea and much more. "New Pokémon Snap" can be played on the Nintendo Switch in TV or handheld mode as well as on the Nintendo Switch Lite.

Abkürzung that: Order the game directly with Prime Delivery

New Pokémon Snap - In the follow-up to the N64 classic from 1999, you can watch Pokémon with the latest graphics, take photos, collect and share the best photos. The game for the Nintendo Switch is very similar to the first version, but brings new functions.

Today's gameplay was established with Pokémon Snap for the N64. In the N64 version, the players' virtual characters sat in a vehicle, drove through the countryside and took photos of Pokémon. Fruits could be thrown at them to lure them or to make them turn to the camera.

And the same way New Pokémon Snap now works on the Nintendo Switch, only that there are much better graphics and new Pokémon. There are also trips during the day and at night - different Pokémon appear in the same regions.

New functions and possibilities in the 21st century

But there are also a few new features that make the game more fun. For example, in the 2021 version of the snapshot game there are the so-called Lumina Orbs. With these you can make Pokémon shine. With fire beings, the flames can even change from red to blue tones through one of these spheres.

There are also numerous options for editing the photos you have taken (brightness, blurring, focus, title) and z. B. to decorate with stickers. They can then be shared online. Photos of others can also be viewed online. You can find these and other details in the official trailer. In addition to this, I have embedded a video with the comparison of the two Snap games for you.