Use SLR and digital cameras as a webcam (Nikon, Canon, Sony and more) 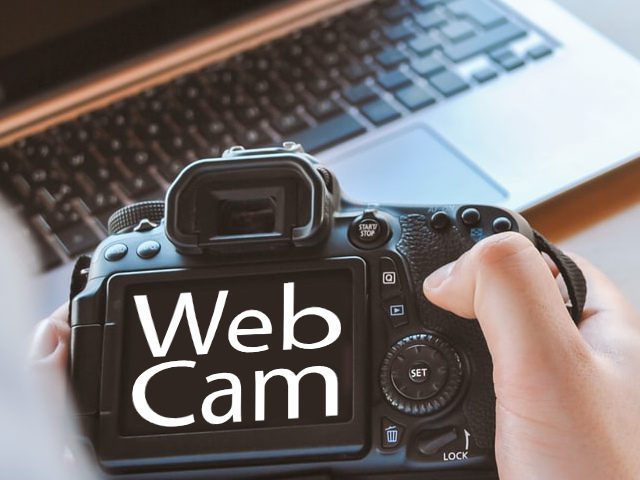 Whether in the home office, video chatting with the family, on the Discord server or streaming on Twitch - you often need a good webcam. How nice that you can use the SLR or digital camera as a webcam. Various manufacturers offer corresponding drivers and apps so that you can use the photo and video cameras on the Apple Mac and Windows PC for live broadcasts. In this guide you will find solutions for cameras from Nikon, Canon, Sony, Olympus, Panasonic and Fujifilm. Of course, I have also linked the download sources for you from all these manufacturers.

Do you want to use a SLR or digital camera as a webcam? Here you will find webcam apps for cameras from Nikon, Canon, Sony, Olympus, Panasonic and Fujifilm. All drivers are available for Apple Mac and Windows PC.

Use the Nikon camera as a webcam on Mac and PC

If you want to use a Nikon camera as a webcam on your computer, the “Nikon Webcam Utility” will help you. The program, which was only available as a beta for a long time, has been available in version 4 for macOS and Windows since November 2020, 1.0. On the Apple Mac, it is compatible with macOS versions 10.13 High Sierra, 10.14 Mojave, and 10.15 Catalina.

Use Canon camera as webcam on Mac and PC

The program for using a Canon camera as a webcam on the computer has a very similar name, namely "EOS Webcam Utility". It has been available for Windows users since April 2020 and for Mac users since May 2020. However, so far it is still one Beta version. Nevertheless, it should be possible to create a good webcam solution with a compatible camera and possibly a tripod.

Use the Sony camera as a webcam on Mac and PC

Since October 2020, it has also been possible to use Sony cameras as a webcam on the computer - and since then especially on the Apple Mac. The technology manufacturer's solution is called "Sony Imaging Edge" and is available for both macOS and Windows. On the software download page, you must first select the camera model; only then can the app be dragged onto the hard drive.

Use the Olympus camera as a webcam on Mac and PC

An Olympus camera can also be used as a webcam on the computer under Microsoft Windows and Apple macOS. As with the programs mentioned above, no very powerful machines are required for this. As long as you can use the current operating system (up to 10.12 Sierra on a Mac), you should be able to use the following Olympus OM-D cameras as webcams: E-M1X, E-M1 Mark III, E-M1 Mark II, E- M1, E-M5 Mark II. The manufacturer points out, however, that the software is still in beta status and therefore errors could occur.

Use a Panasonic camera as a webcam on Mac and PC

If you want to use a Panasonic camera as a webcam on your computer, you can do so with the “LUMIX Tether for Streaming” app. Here, too, there are no overly demanding system requirements and under macOS the compatibility even goes back to Mac OS X 10.11. There is also the “LUMIX Webcam Software”, which is less geared towards streaming than video conferencing and video chat. Compatible camera models are: DC-S1H, DC-S1R, DC-S1, DC-S5, DC-GH5S, DC-GH5, DC-G9 (as well as DC-G100 / G110 in the future).

Use the Fujifilm camera as a webcam on Mac and PC

And finally there is the option of using a Fujifilm camera as a webcam on the computer. The program required for this is called "FUJIFILM X Webcam" and is also available for the two major operating systems - in each case version 2.0. On the Mac from OS versions 10.12 Sierra to 10.15 Catalina. Cameras that can be used to deliver live broadcasts are: GFX100, GFX 50S, GFX 50R, X-H1, X-Pro3, X-Pro2, X-T4, X-T3, X-T2, X- S10. Most of the aforementioned programs require 1 to 2 GB of RAM. A minimum of 4 GB of RAM is recommended for the solution in this paragraph.