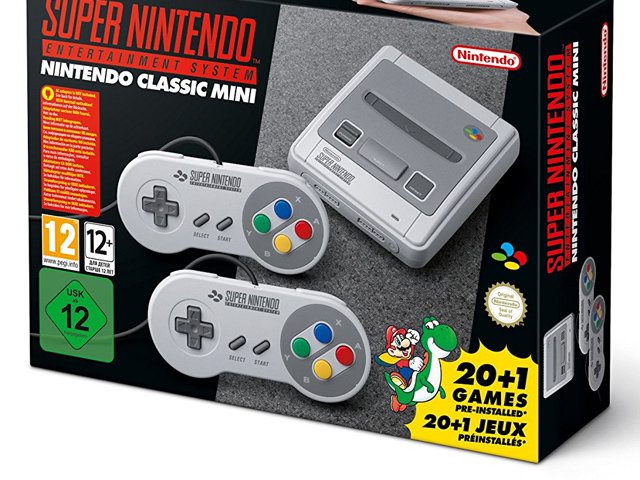 In June 2017, Nintendo launched the SNES Classic Mini a new retro console for fans of pixelated games from the 90s is presented. On the Nintendo SNES Classic Mini 21 games will be preinstalled - all of them are coveted classics. Of course, the new mini console from Nintendo is already sold out; Pre-ordering is no longer possible at Amazon either. Nevertheless, I would like to offer you some information about the console, the games and pro arguments for the purchase.

The Nintendo SNES Classic Mini brings 21 classic games from the 90s with it. At that price you might get two old cartridges ... Definitely a highlight of 2017!

The Nintendo SNES Classic Mini is not yet officially available for purchase, and it is already out of stock. Not just the one with that Switch brand new recovery received Nintendo is thanks to this. Rather, the games that are permanently installed on the device make a significant contribution to this.

As the owner of an original Super Nintendo Entertainment Systems I know how much the individual games cost on Amazon Marketplace, eBay, eBay Classifieds and Co. For just under 100 euros, you might get two classics that, with a bit of luck, can also be played - and with the Nintendo SNES Classic Mini, you can get 21 of them at one stroke. A clear selling point!

And these are the individual classic games on the Nintendo SNES Classic Mini:

More gaming articles on the blog

By the way: If you want to play the even older Nintendo NES games, then maybe this retro console the right thing for you;)