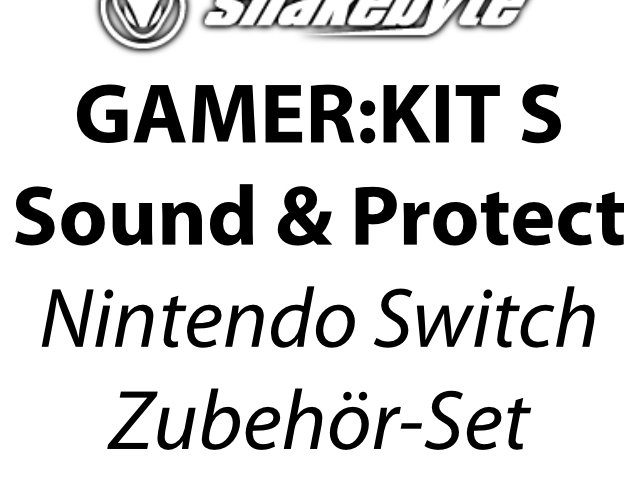 With the GAMER: KIT S, snakebyte, a well-known manufacturer of gaming accessories for PCs and consoles, has a set for the Nintendo Switch released. The nickname "Sound & Protect" already indicates the scope: in addition to protective accessories for the console and its Joy-Cons, a headset is also included in the bundle. For around 25 euros you can get headphones, microphone, H9 display film, joystick caps and a cleaning cloth.

The snakebyte GAMER: KIT S Sound & Protect is not only useful for Fortnite players. Protection, headset and cable can be used by everyone on the console.

The snakebyte GAMER: KIT S Sound & Protect is not only ideal for power users who often use the handheld mode of the Nintendo Switch. The protective accessories and audio accessories are also a good thing for occasional use. The target group is of course those Fortnite fans who gamble more often and don't want to miss any season of the game. Since experience shows that there are also numerous children and adolescents among them, the price of currently just under 25 euros is suitable for the corresponding pocket money. It can also be bought quickly as a present for a birthday, Christmas or in between. So snakebyte knows how to bring extensive accessories to the user ...

Anyone who has ever seen something about you GameCube controller happens with analog sticks if they are used excessively for years, you will see the point behind the protective caps included in the set. The protective film for the Nintendo Switch display is self-explanatory, because the screen can get scratched in mobile use as well as when plugging in and pulling out of the switch dock. The headset has 40 mm drivers and an extension cable for the 3,5 mm jack connection is included in the scope of delivery, so that the headphone-microphone combination can be used at a distance of up to 4,5 m. This is useful if you want to play in TV mode (i.e. with the switch in the dock) and act in voice chat.