Nintendo Switch Lite - is it worth buying the budget model? 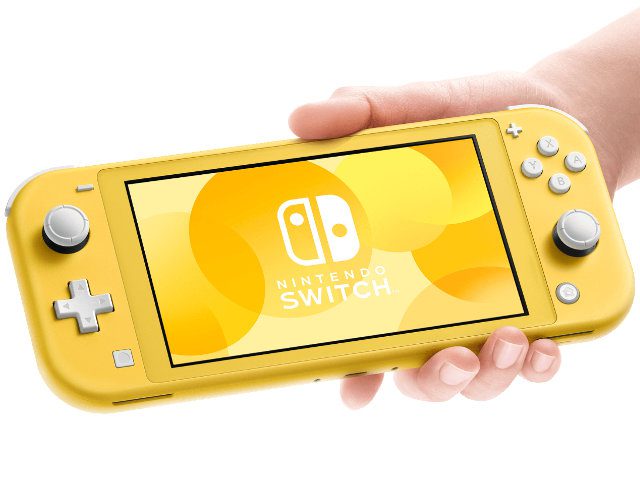 After some rumors in the last few weeks and months, Nintendo has now confirmed this to be the truth: there will be a budget version of the "Switch" launched in 2019 in 2017. The Nintendo Switch Lite is a smaller handheld console that is primarily intended for mobile use. It supports all games that can be played in handheld mode. A TV or table mode like at the big Nintendo Switch is not scheduled. The smaller device for radio connections is compatible with its big sister, so that all users can play with and against each other on the go.

The new Nintendo Switch Lite comes in yellow, gray and turquoise as well as a Pokémon version. Technical data, price and assessment can be found here. Image source: Nintendo

The Nintendo Switch Lite is the budget version of the hybrid console launched two years ago by the game giant from Japan. Here I have summarized the most important technical data from the data sheet of the handheld for you. There are some positive and negative differences from the large sister console:

Big differences with the small handheld: no detachable Joy-Cons, smaller screen, but longer battery life - and a directional pad instead of individual buttons on the left.

Nintendo Switch Lite in the Pokémon version (sword and shield)

In addition to the three colors gray, yellow and turquoise, there will also be a special Pokémon version, according to an official press release from Nintendo. This is based on the games that are still to be released Pokémon sword and Pokémon shield. It is interesting that the blue-pink color scheme is retained here, similar to the Joy-Cons of the large Switch console; just on the analog sticks, buttons and the control pad instead of on the gripping surfaces.

For Pokémon fans who are looking forward to the new generation with sword and shield, there is a dedicated Nintendo Switch Lite.

Presentation of the console in the video

If you want to play games like "1-2-Switch" or "Arms" on the Lite handheld, you need additional controllers, namely the Joy-Cons. Since the launch of the predecessor, these can be ordered individually or in a double pack as accessories. It is important to know here that the batteries of the Joy-Con controllers cannot be charged directly on the Nintendo Switch Lite, as is the case on the Nintendo Switch. In addition to the controls, a charging station is also required. 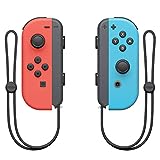 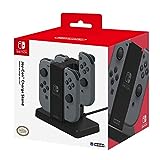 What about the Pro Controller?

Up until now, Nintendo has not mentioned a single syllable that the Pro Controller can be used. So it can be assumed that the Nintendo Switch Lite should not is compatible with the Pro Controller. This is important for everyone who wants to put together a complete set or who want to give one away.

Top games that can be played with the handheld

Due to the restricted usage modes, the lack of motion control, the shortened IR camera (below on the right Joy-Con of the Switch) and the remote HD rumble (vibration), one can ask: Which games can you actually play on the Nintendo Switch Lite? Still a lot! Here is a little one not complete, List of top titles:

How can I tell that a game can be played on the handheld?

When buying a new game, if you only have the Lite-Switch available for use, you should pay attention to the so-called "handheld mode". You can see whether this is supported by the respective game on the back of the game cover. There is usually a small table with the lines "Game mode" and "Player". It shows you which mode is playable and how many participants are possible. Here is an example from Mario Kart 8 Deluxe:

How do I know if a game is compatible with the Switch Lite? In the performance of players in "handheld mode".

Is it worth buying the Nintendo Switch Lite?

Here you probably have to ask the question: Fur wen is it worth buying? Because the Nintendo Switch Lite has its target group. And this consists of people who do not play on the television or with external controllers, but want to play on a handheld console like on the Game Boy or Nintendo DS. On the go as well as at home.

The target group does not want to be able to use 100% of all games, but is limited to the range of titles that are also designed for their device. It doesn't need functions such as the IR motion camera or HD vibration either, but rather relies on longer battery life with a smaller screen. Do you find yourself in this description? Then the Switch Lite is worth buying for you!

Conclusion on the budget and no longer hybrid console

The Nintendo Switch Lite will be more than 100 euros cheaper than its big sister model. On the other hand, the display is smaller and there will be no way to couple the device with the TV. There are also restrictions elsewhere. But everyone who only wants to play games in mobile and flexible handheld mode will get their money's worth. In terms of price, the purchase only makes sense if there are no accessories such as Joy-Cons and their charging station or other additions that bring the device closer to the previous model. Because then you quickly get to the point that the regular switch is more worthwhile.