NordVPN is one of the best-known providers of VPN services on the Apple Mac, Windows PC, iPhone and Android devices. Not only has NordVPN recently won a speed test, but there is also a new feature for iOS users. In addition, all interested parties will receive a full 2020% discount on the 68-year package including 2 months of free use as part of a Christmas 3 offer. I have summarized details of all these things for you in this post. 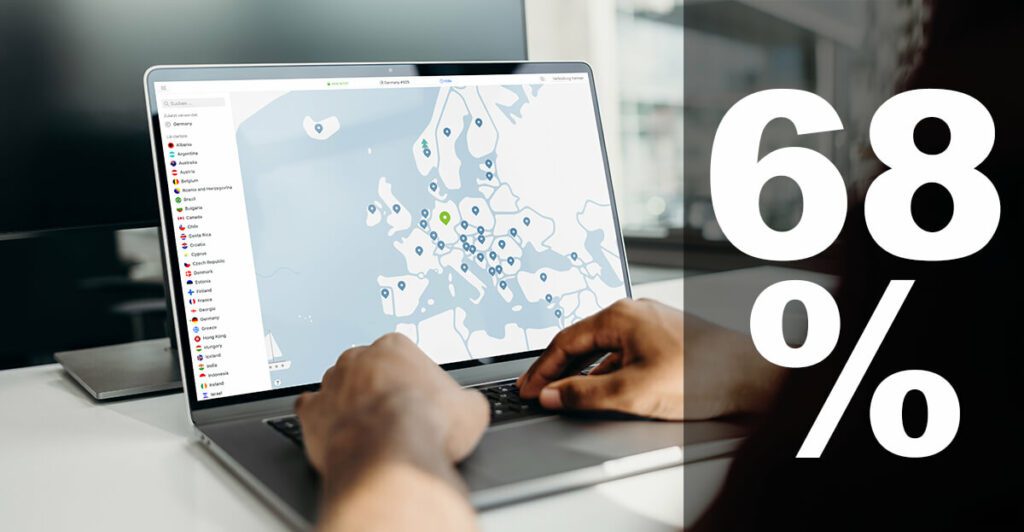 According to the AV test, NordVPN is the fastest VPN provider. But not only that: with "Dark Web Monitoring" there is now a new security feature. In addition to the Christmas offer 2020, you will also get a full 68% discount on the 2-year package.

NordVPN - features at a glance

NordVPN ensures that you can use a private virtual network (VPN) on a wide variety of devices. This hides your IP and your location so that you can surf the Internet safely and use streaming offers from other countries. In summary, the provider offers the following VPN functions for macOS, Windows, Linux, iOS, Android, Chrome and Co .:

The “Dark Web Monitoring” feature for NordVPN was released on iOS devices such as the Apple iPhone in the middle of the month. The new security tool finds out whether the user's data has been compromised. The permanent scan examines the known e-mail addresses and similar login data to see whether they have been stolen anywhere and have now appeared on the Darknet or elsewhere. The advantage of the new feature is that you don't have to constantly run a test on specially designed pages, but NordVPN keeps checking in the background to see whether there has been a data leak. The next step is to equip the Android app with the feature.

NordVPN is the winner in AV-TEST's speed test

NordVPN also points out in a recent press release that the provider's download and upload speeds are superior to others. In doing so, reference is made to the results of AV-TEST, an independent research institute for IT security. NordVPN traces this back to its "NordLynx" encryption protocol, which is based on WireGuard. Daniel Markuson, expert for digital privacy at NordVPN: "We promised our users as well as ourselves that we would be the fastest VPN in the universe - now I can proudly announce that we are."

As already mentioned at the beginning, NordVPN is offering a Christmas campaign, thanks to which you can use NordVPN for 3 months for free and for two years with a 68% discount. You come to the corresponding action page with this link. Instead of a total price of 243,78 euros for two years, you only pay 75,65 euros through the deal. That's only 3,15 euros per month. For a professional VPN provider with so many functions, numerous servers in different countries and great compatibility, this is extremely cheap. Take a look, maybe this is something for you;)