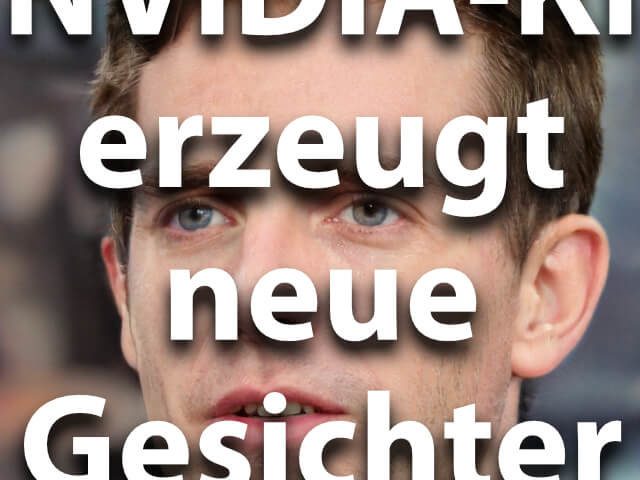 "This person does not exist" or in German: "This person does not exist" - with this claim, NVIDIA operates a website of the same name on which there are faces to be seen. The specialty of the portraits is that the people shown simply do not exist. They are images that an artificial intelligence (AI) or two of them create. Photos of real people are used, whose individual characteristics (skin and hair color, hair shape, face shape, nose, eyes, etc.) are combined to create something new. How the AI ​​works, what opportunities and dangers arise from the whole thing and how you can recognize the fake images, I have summarized for you here.

These people don't exist. The portraits were created artificially by a neural network that allows two AIs from NVIDIA to work against each other.

New faces: this is how two AIs work against each other

Like motherboard in one Message shows, the new faces are created through a counterplay of two AIs developed by NVIDIA. One uses real photos to create new, non-existent portraits of people. The other evaluates these images and rejects those that she thinks don't look real enough. With it, both learn to get better and better. Thus, the results of the whole process that one is on https://thispersondoesnotexist.com (new picture appears when you reload the page), always better. At first glance, every picture looks deceptively real. But more looks are worth it!

This is how you can expose the fake

Many of the pictures, but not all of them anymore, have small flaws and quirks that can be used to identify the origin of the AI. Sometimes the forehead wrinkles are too pronounced or wavy, sometimes the background is too misshapen. Glasses and their optical effects are not really mature either, as the example shown above shows. Every now and then the hairline is pulled too far into the forehead or the ears look extremely strange. In addition, the AI ​​seems to have problems with the transition of hair and background. Details like retouching earrings also get in her way. So the devil is in the details here. 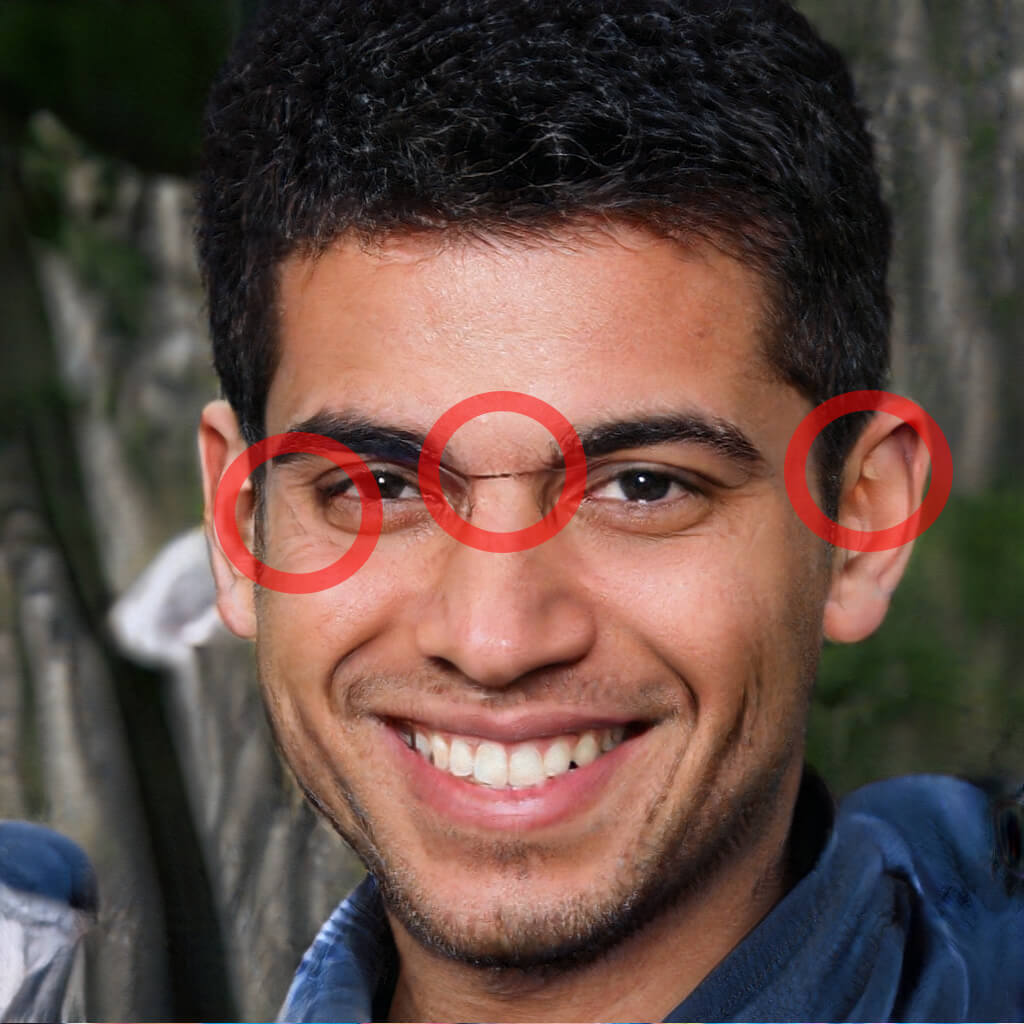 The ear has digital fractals, the "scar" above the nose also looks like a flaw, and the transition in the eye area is angular. 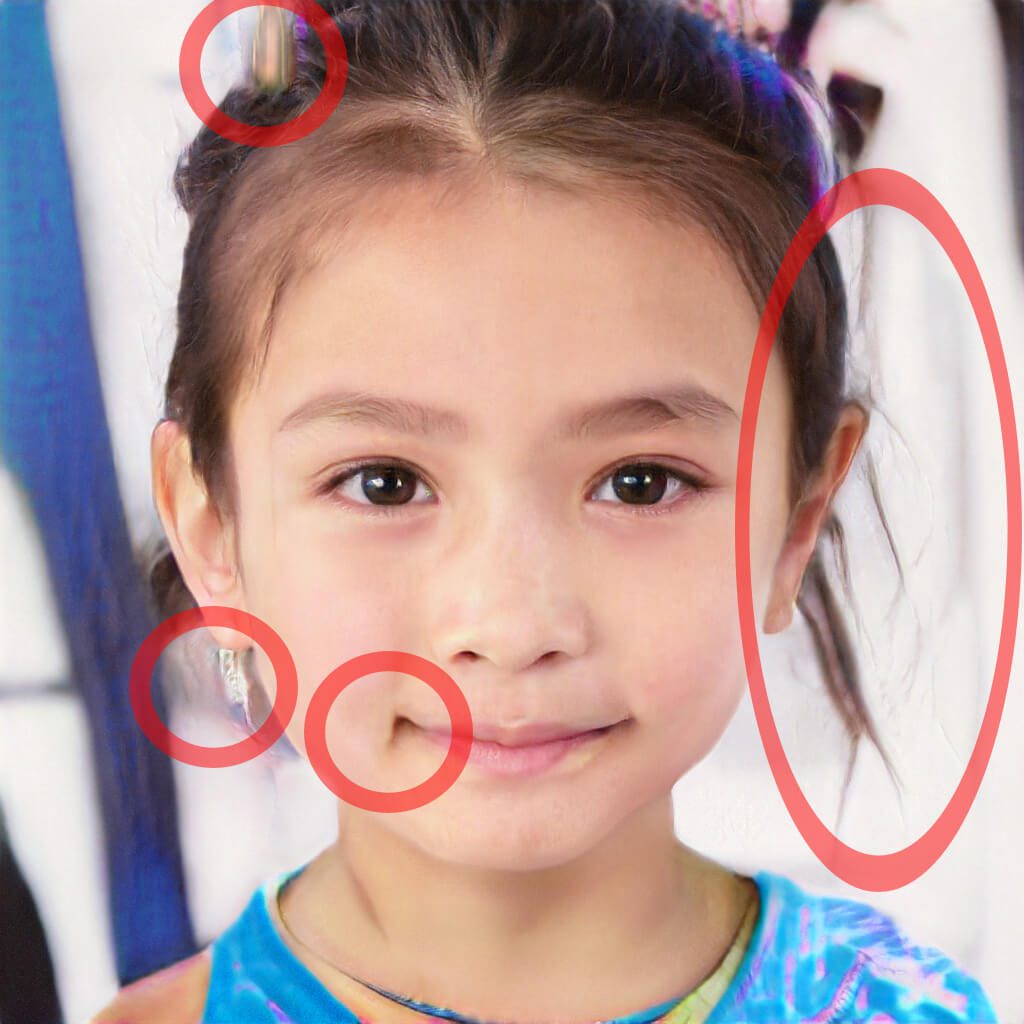 The crease in the corner of the mouth, the earring that can still be recognized and the blurred / smeared hair show that something is wrong with the picture.

Opportunities of the new technology

The new technology, which goes by the name "StyleGAN", uses methods of a style-based generator for the so-called style transfer. The abbreviation GAN stands for Generative Adversarial Networks, which summarizes the adversarial AIs described above. The technology can be used, for example, in creating video games and their characters. It can also be used in the creation of animated films in order to design computer-generated people more quickly. The technology of the Graphics card manufacturer conceivable.

Use it yourself and create comic characters, manga characters and even cats in addition to human faces, you can do that too. The AI's StyleGAN code is available on GitHub: Click here.

Where new technologies and new software create opportunities, there are always dangers. For example, anyone who suspects a fake account on Facebook, Twitter, Instagram, Snapchat, Tinder and Co. can no longer simply have one due to the possibly AI-based profile picture Google reverse search for images Make an effort to find out if the image was stolen from any web source. So you have to assume that it is a real photo that comes from the profile operator. Other cases of fraud, even in the economic, industrial and political areas, are possible - especially in combination with deep fake (Explanation here).

Tip: If you suspect the online conversation partner is a fake, ask for a photo that confirms the person as such. One trend in this regard is the question of a picture with a household item in hand - anything is possible from a fork to a mop: D

Artificial faces - conclusion on the topic

Where there is light, there is also shadow - this applies to every technology and every progress. That's why you shouldn't directly demonize new things. Perhaps NVIDIA's new neural network, which lets two AIs work against each other to create portraits of non-real faces, will remain a gimmick. There may also be numerous sales markets in the entertainment industry. And it can also be the case that it is mainly fraudsters who use it. But if you go through the world with open eyes and a few smart tricks, you should continue to feel safe;)