Orange and green dots in the iPhone status bar - what is it? 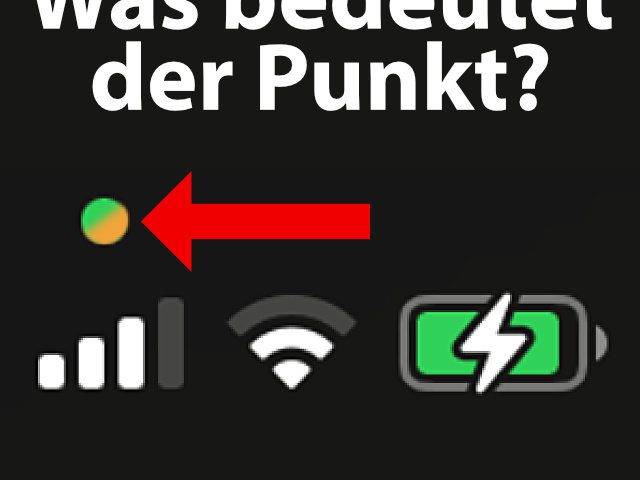 Since the update to iOS 14, an orange or green dot can appear in the upper right corner of the iPhone display. What does this point above the cellular or WiFi symbol mean? And what do the colors orange and green stand for? In this guide you will find the answers to these questions. You are connected to data protection when using the app on the Apple smartphone.

What does the orange point in the iPhone status bar mean?

If the point in the upper right corner of the iPhone display is orange, it means that the currently used app is accessing your microphone. For example, the orange dot is displayed when you dictate a voice command to Siri, record a voice message on WhatsApp, make a voice note and the like.

This should ensure more data protection. Because if you see the symbol for microphone access on an app that shouldn't have it at all (games, office apps, social media, etc.), then you should be puzzled - or at least tell the developers that they are using the app programmed incorrectly.

The orange dot or circle in the upper right corner of the iPhone display means that an app is accessing the Apple smartphone's microphone.

What does the green point in the iPhone status bar mean?

If the point in the top right corner of the iPhone display is green, the app you are currently using is accessing your camera and microphone. For example, the green dot is displayed when you use the iPhone's camera, record a video or photo via another app, use AR applications and so on.

Here, too, the symbol is used for data protection. It is less common that the camera and the microphone are accidentally accessed. So if the notice of camera access appears on a third-party app without it having anything to do with photo or video, you'd better uninstall it (and report it).

The green dot or circle at the top right of the iPhone display means that an app is accessing the camera (and the microphone) of the Apple smartphone.

If you have updated your iPhone to the current iOS 14 operating system, there are completely new ways of using it. In addition to extensive protection in the system and in individual apps (such as Safari), you will now also find widgets for the home screen and other innovations. If you don't want to find help for using the Apple smartphone individually, you can pre-order the appropriate manuals now: