Reader's question: Is there a sequence for connecting or disconnecting devices to the USB hub?

I recently received an interesting question from my reader Wolfgang:

4 external hard drives, 2 printers, 1 scanner and a LaCie BlueRay recorder are connected to the Mac via an old USB hub. Now I've bought a new USB 3.0 hub and don't want to make any mistakes when connecting!

Hence my questions that you will probably laugh at: 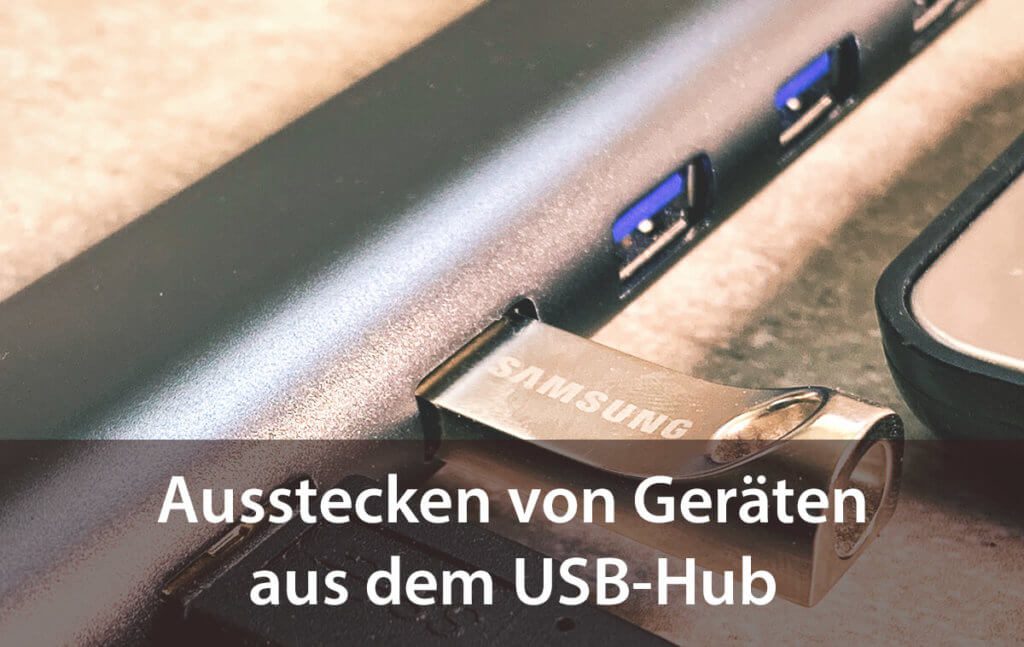 In which order should devices be plugged in or unplugged from the USB hub? Here is Sir Apfelot's answer (Photos: Sir Apfelot).

I wrote the following answer to Wolfgang:

With USB hubs you can really only make one mistake: Disconnect hard drives (or USB sticks or other media to which is written) from the Mac - either by unplugging the hub or by unplugging the hard drive itself. For printers and scanners and Even with the Blu-ray recorder (if it is not burning), nothing can happen if you simply disconnect them, but hard disks can under certain circumstances run into problems if you unplug them exactly when they open the table of contents of the disk after a write process To update. If you catch the wrong moment here, the entire hard drive can become illegible and you have to go with one Data recovery program try to restore the content structure.

That means in short:

You can eject the volumes in the Finder either via the small "Eject" symbol next to the volume name or by right-clicking on the volume and then selecting "Eject XYZ".

Before unplugging writable media from the Mac or a hub, you should eject it using the button in the Finder.

Alternatively, you can right-click on the symbol of the hard drive or the medium and select the item "Eject volume name".

Damage to the Mac or hard drive from unplugging

Another important point: As far as I know, neither the hard drive nor the Mac can take "real" damage if you unplug devices from the hub. Even if you remove the hard drives or other media without first logging them out, the maximum possible result is "data damage", but in my opinion not to hardware damage.

Please don't nail me to it though. Whenever possible, you should always de-register the volume in the Finder before physically removing it from the Mac or the hub. Then nothing can actually go wrong ...