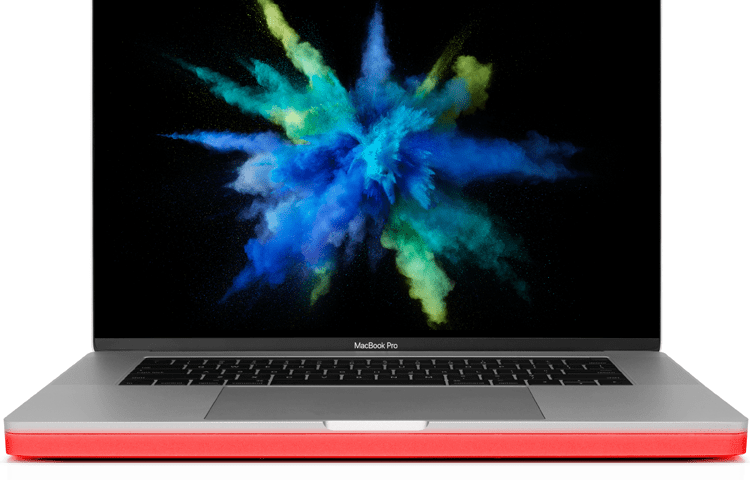 OWC DEC - The 2016 MacBook Pro from Apple has generated not only positive, but also mixed and negative criticism in the media as well as from users; including the fact that one for many connections such as USB or Ethernet dongles and adapters needed. Now there is from OWC a solution for the MacBook Pro (2016), which can simply be docked under the device and on the name DEC hears. The advantage: more memory, more connections and thus more flexibility. The disadvantage: The device is as fat as the 2012 model.

Just who that MacBook Pro stationary and rarely used mobile, will be happy about the solution from OWC. Because the block called DEC with the same footprint as the Apple laptop is not exactly ideal for traveling around. The extension can very well ensure on a desk that the area around the MacBook Pro is not dominated by dongles, adapters and cables. That brings the MacBook Pro extension "OWC DEC" the following specs with:

Side views of the OWC DEC. The look of the MacBook Pro extension with hard drive, card slot, Ethernet connection and USB 3.0 sockets can still change before market entry. Image: OWC press image

Buy the OWC DEC for the MacBook Pro

This is currently not possible. According to the manufacturer, the expansion for the 2016 model from Apple will appear "soon". I think that with the market entry of the OWC DEC can count. As a precautionary measure, I have already signed up for the developer's newsletter. So as soon as there is something new, I'll tell you about it! If you want to get your own picture, then you come by means of this link to the product page of OWC.