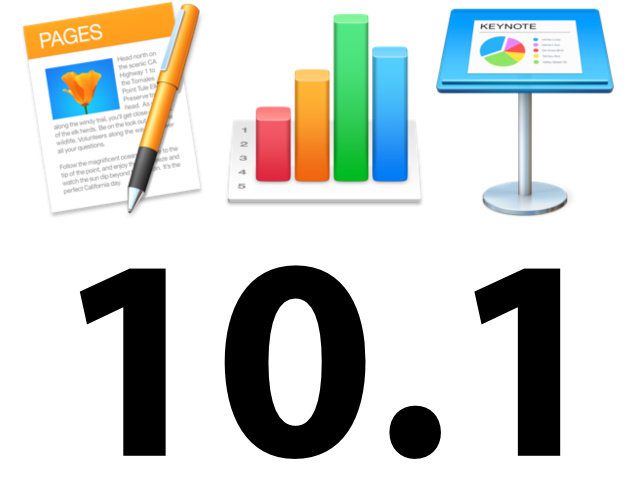 At the end of last week, Apple updated three of its iWork apps: Pages, Numbers and Keynote. There were adjustments not only to the macOS versions for the Mac, but also to the iOS and iPadOS versions for iPhone and iPad. The programs for word processing, spreadsheets and presentations are now uniformly available in version 10.1. I have summarized what is new for you in the following. I personally noticed that Pages on the Mac no longer starts with the previously introduced thumbnail or table of contents bar on the left, but in the "Document only" view, which is very useful for blog entries;)

The three Apple iWork apps called Pages, Numbers and Keynote have been updated to version 10.1 for Mac as well as for iPhone and iPad. Here's what's new about it.

Update for Pages on Mac, iPhone and iPad

An interesting innovation is that you can now insert web videos (e.g. from YouTube or Vimeo) directly into the document as a playable object. You can do this via the menu Insert and over there Web video .... In addition, objects such as images, videos and the like can be given titles and subtitles. New functions here and in Numbers provide more flexibility in formulas. Important for authors: iBooks Author books can now be opened and edited in Pages on the Mac. For iPhone and iPad it is important that the new reading view can be zoomed and scrolled without accidentally highlighting or changing anything.

Update for Numbers on Mac, iPhone and iPad

In spreadsheets, too, it is now, for whatever reason, possible that web videos can be implemented and played. In addition, objects can now be given titles and subtitles in Numbers, which should improve the overview. New functions help you edit text, match patterns and flexibly design formulas - this includes, for example, B. XLOOKUP, XCOMPARE, and REGEX. Here, too, there is a new reading view for the iPhone and iPad so that nothing is accidentally selected or changed when scrolling and zooming.

Update for Keynote on Mac, iPhone and iPad

Exactly where the integration of web videos from sources such as YouTube or Vimeo would make the most sense, the function is left out. But there are also titles and subtitles for objects in the new Keynote version. In addition, presentations can now be made in a window so that switching to other apps is easier - for example in a video conference. Films from local files can now be played at slide transitions. Those who like to use animations can now “align objects with the path” so that they always point in the right direction (e.g. arrows) while they are moving.